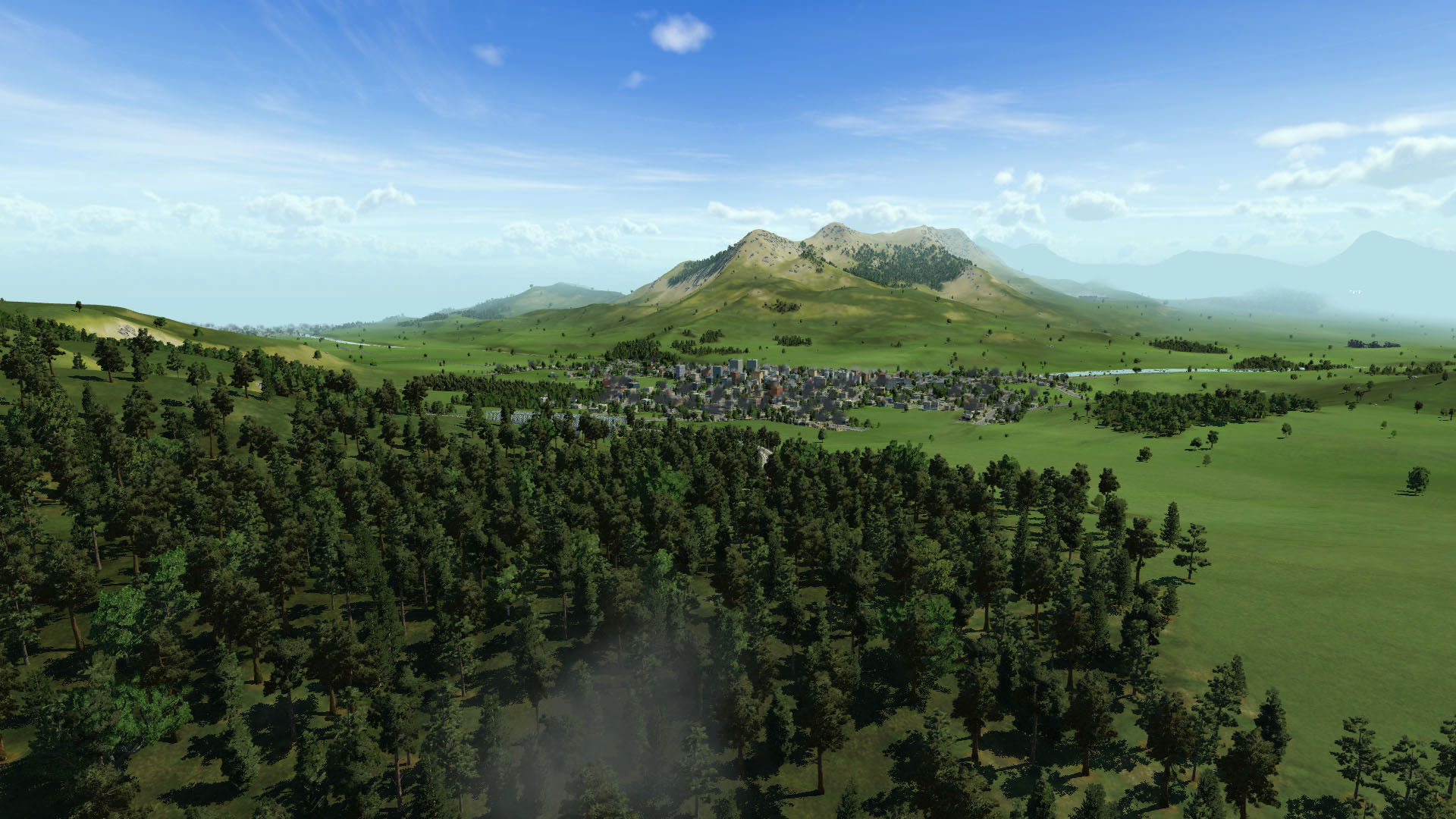 Transport Fever is a management simulation game that challenges players to build a thriving transportation industry utilizing bus’, trucks, trains, airplanes, boats and more. It’s the successor to crowdfunded business simulator, Train Fever, and although the games are very similar in play style, the developers have made improvements to gameplay along with adding campaign modes to the game. The series has a devout following and even with it’s still-fresh release on November 8th, the game has already garnered an average of 8,000 concurrent players at any given time.

Transport Fever gives you a real sense of freedom with its stunning visuals that look just as a great up close, as they do afar. The soundtrack is catchy, and themed to match the early time period to the game while still having a modern touch of flavor. Superficially, the game is close to perfect. From a gameplay standpoint, it’s very deep with great management tools, so you can get as micro with your approach as you want.

The game features 2 campaign modes that take place following the industrial revolution. These campaigns include an American campaign and an European campaign. Both will challenge you in different ways, exposing you to the varying struggles these continents endured at those times. For example, the American campaign starts you off in the wild west where you’ll deal with situations that involve indian settlements, finding gold nuggets, and building the Transcontinental railroad.

If you’re not much for campaigns, you can opt for free play which allows you to choose the time period, the map size and the difficulty of the game. Free play is loads of fun but can be challenging for those who have not first understood the game’s mechanics. This is easily resolved with the completely optional Transport Fever tutorial which is exceptionally useful for beginners to the series.

One of the most difficult obstacles to overcome within the game (and is common with most business simulation games) is keeping building costs low. It’s something that will take a large amount of patience and, if you’re new to the game, some trial and error. There are also no opponents or competition to be found in the game which may be upsetting to some players looking for more of a challenge.

Overall, Transport Fever provides a streamlined and in-depth simulation experience which will enthrall and entertain you for hours at a time. Despite the learning curve, It'll appeall to both veterans and beginners of the genre, and gives players the space to approach the game in any manner they prefer. It's also worth noting that the developers are very active and releasing updates to the game, ensuring that players can expect a constantly improving gameplay experience. It's quite feat for Urban Games, an indie dev team made up of 6, and once you play, you'll understand why this game has such a loyal fanbase. We encourage enthusiasts and players interested in management simulation to give it try and become the business tycoon they've always dreamed of.

Get Transport Fever on Steam.