We visit Brooklyn to meet with iNk Stories, the studio behind the critically acclaimed game 1979 Revolution: Black Friday. 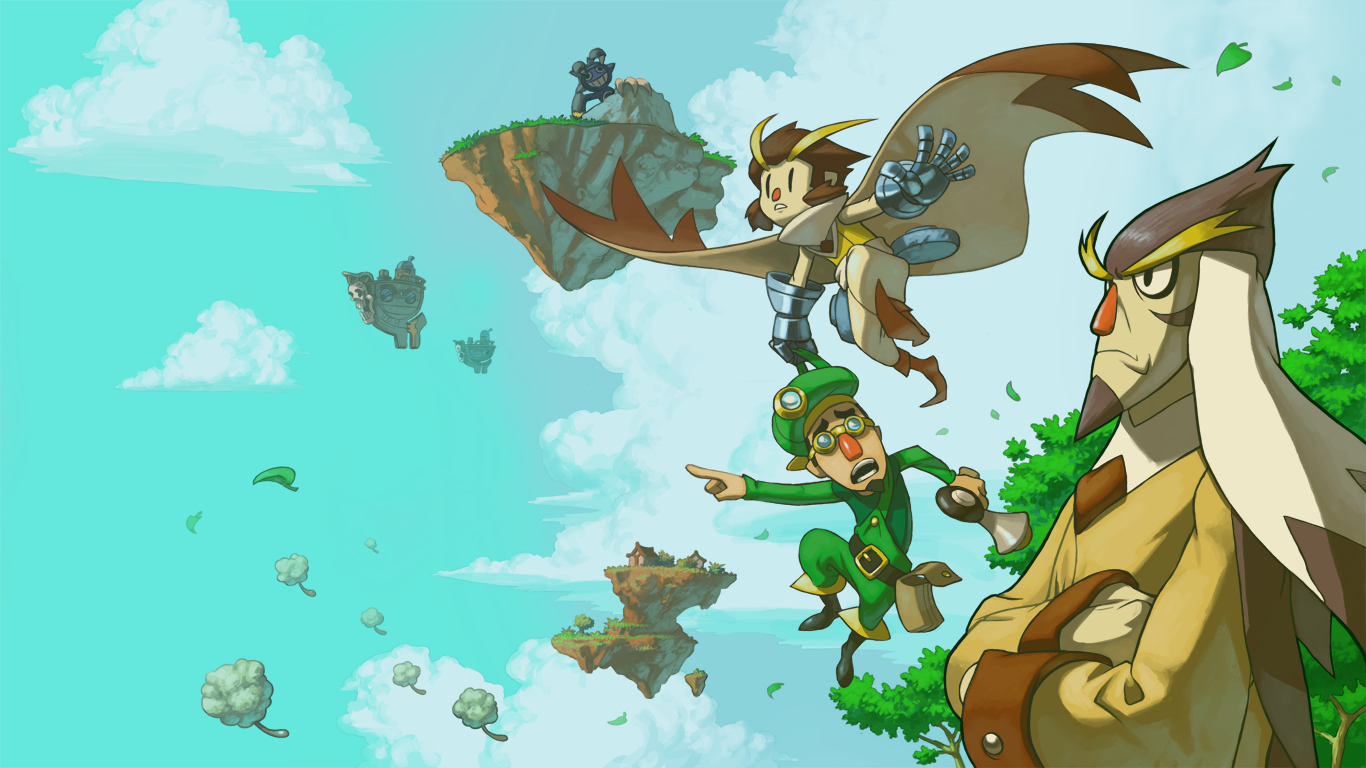 The minimum PC requirements for Yooka-Laylee have been officially revealed.

Floating high amongst radiant blue skies and pearly white clouds resides an owlboy by the name of Otus. If you asked the people of Vellie about Otus, they’d tell you he’s clumsy, unreliable and prone to getting into trouble. With the onslaught of sky pirates and the discovery that all is not what it was once thought to be, you’ll watch as our fine feathered protagonist embarks on a transformative journey that will reveal that he’s not only capable, but he’s far more courageous than anyone would give him credit for.

This transformative journey will come in more ways than just one. As the world around our hero begins to fall apart, it simultaneously starts to take the shape of something new and exciting. During my time with Owlboy, I rode on a tidal wave of emotion that rose and fell at the same rate as his wings. It was in this manner that I fell in love with timid and mild mannered Otus, and Owlboy’s ability to bring his story, surroundings and characters to life in a multitude of ways.

We’ve heard a lot about how long it took for D-Pad Studio to complete Owlboy and I can say with certainty that this time was certainly not in vain. The elaborate hi-bit pixel art style alone would make one understand why a game such as Owlboy would demand so much time and attention. The game is aesthetically pleasing on all levels, especially during those moments when the camera pulls away, revealing a stunning widescreen display with music to match. Owlboy feels well put together, almost painstakingly so.

Otus’ willowy aerials and minimalist skillset can give off the impression that Owlboy is an easygoing platformer where one can play casually whenever the mood strikes. Despite its lighthearted and fanciful playstyle, Owlboy holds true to the metroidvania genre. Upon deeper exploration, you’ll find a myriad of challenging boss battles, thought-provoking puzzles, and a bountiful of hidden treasure.

It all comes as an unexpected (and heartily welcomed) delight, since from the very start of your adventures with Otus, the capabilities of our feathered hero are constantly downplayed by his peers. But once his courage is built and in the company of his pals, you’ll find a team of misfits that are incredibly resourceful and exceptionally clever. Every new skill that you acquire is utilized to its fullest potential within the world around you.

Boss battles will have you coming up with crafty attack and defense maneuvers within a moment’s notice. At times, these battles can be grueling but it only adds to the charm that is Owlboy. In that same regard, puzzles will have you scratching your head but eventually reveal themselves in an ah-hah moment that is grossly satisfying.

Despite it’s difficulty, Owlboy is fairly generous when it comes to starting you back where you last left off although there are times when you’ll find yourself running through a puzzle or difficult scenario far more times than you’d like. It's game that requires your time and attention, but it’s so exceptionally rewarding that doing so comes naturally.

Owlboy delivers a consistently captivating, emotionally thrilling, challenging yet entertaining adventure that speaks to the level of hard work and attention to detail that went into it. It’s a game that hits the mark in all the important places providing an all-encompassing experience that inspires feelings of nostalgia while leaving it’s own definitive mark. A must-play for lovers of atmospheric and story-driven side-scrolling adventure platformers.

For more amazing indie games on Indie Obscura, check out our selections for indie games of the month, read up on the best indie games of 2016 and see the results of the Indiecade festival awards this year.