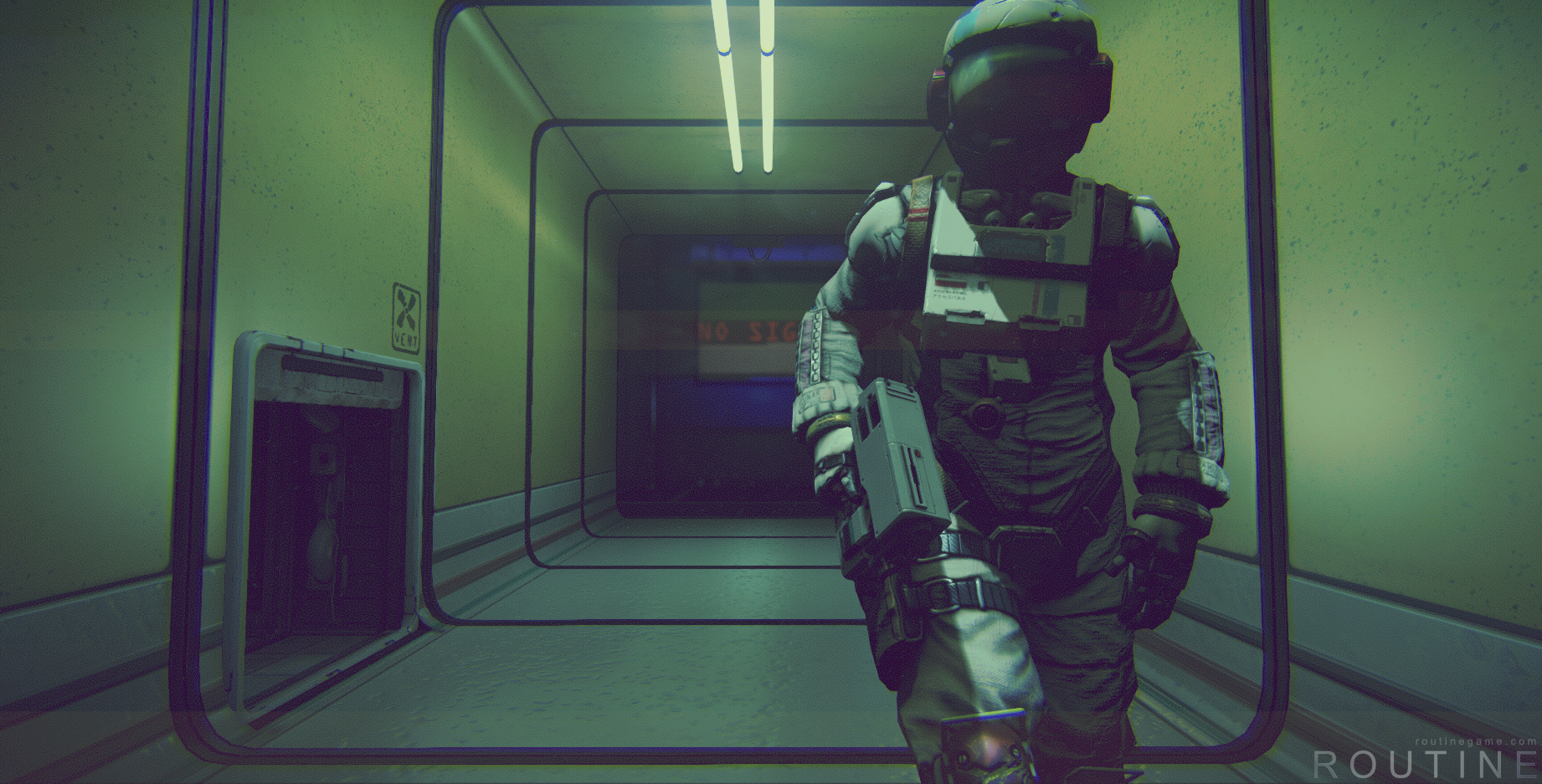 After a prolonged period of radio silence, developer Lunar Software has announced that its sci-fi horror title Routine will be officially launching in March of 2017.

Lunar Software made the release window announcement via a new post on their official website, a post in which the team also apologized for not providing an update since last December. To make it up to patient fans, Lunar Software unveiled the teaser trailer shown below, which shows just how far Routine has come in the past few months.

Routine was originally announced way back in 2012 and later got approved on Steam’s Greenlight program in 2013. Lunar Software originally wanted to launch Routine in 2013, but numerous setbacks forced the four-person development team to delay the game multiple times.

Last December, Lunar stated that they were hoping to have Routine ready for launch by the end of 2016. Unfortunately, it looks like fans will have to endure one final delay before they can venture into the game’s retro-futuristic moon base setting and try to survive against its hostile robotic inhabitants.

For more on the latest Indie Obscura news, be sure to check out our previous coverage of the Little Nightmares interactive video teaser, the upcoming release of the Shovel Knight Definitive Soundtrack, and the release of the limited Shadow Warrior 2 Special Reserve Collector's Edition.