World of Warships and World of Tanks Get New Halloween Events

Spooky thrills come to both games for a limited time. 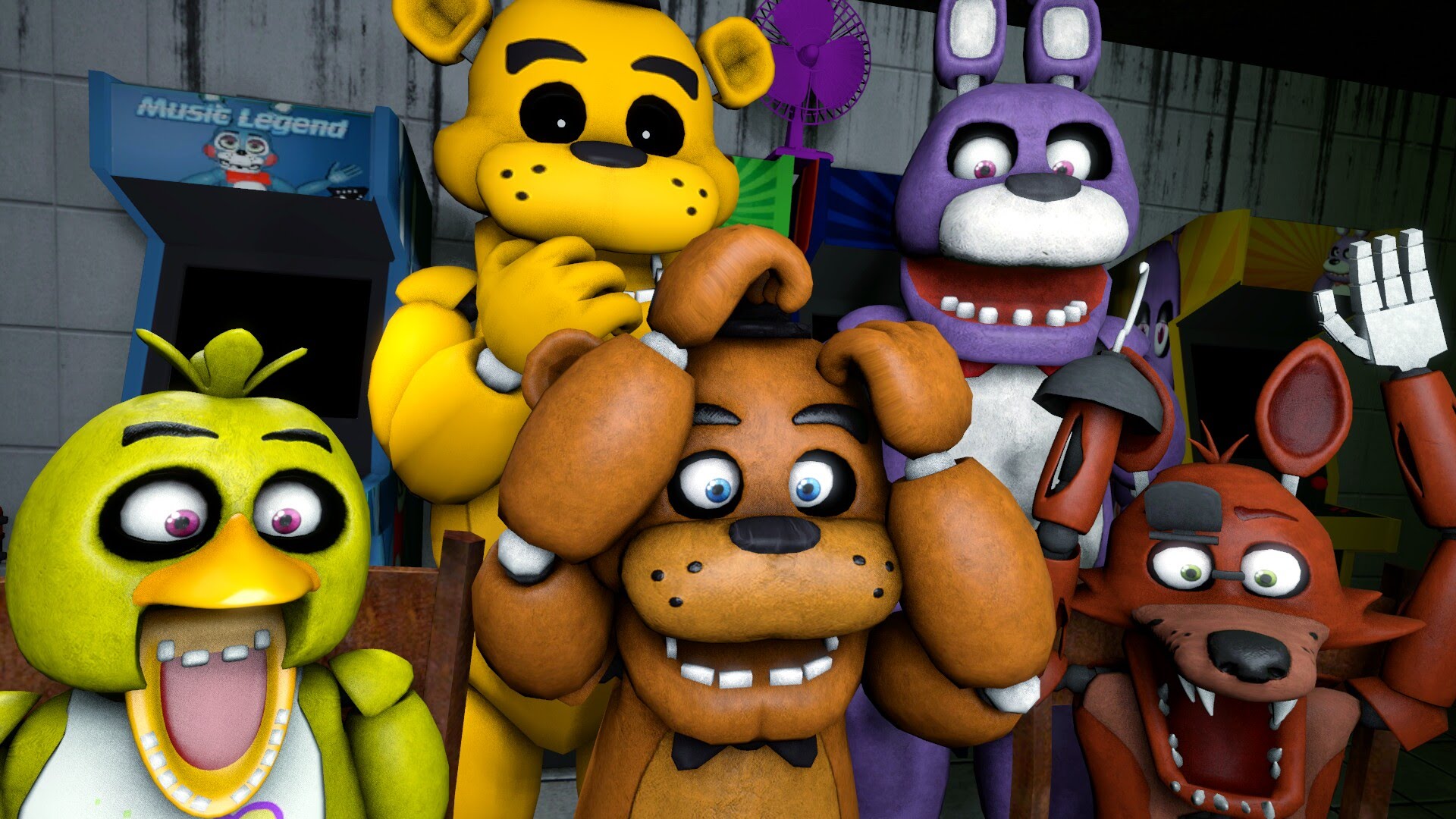 Abzu Coming to Xbox One and Retail Early Next Year

How the popular underwater game Abzu will soon be available on the Xbox One.

Jumpscares in video games have become more and more prevalent over the years. While atmospheric horror games can be a deep, dark well of terror, games that employ the clever use of jump scares games are equally as horrifying in that you never know what’s coming or how hard it’s going to hit you. Most of the time, you find yourself unprepared, and your body responds in some pretty hilarious ways.

Picture this... you’re playing through Five Nights at Freddy’s for the very first time when all of a sudden Chica leaps at your face. Your response? Flail around in terror screeching out whatever comes to mind. “Fight me in real life you crazy yellow bird of death!” After that, you laugh it off and wait for your heart to stop pounding.

However, what happens when you decide to film that reaction and upload it to YouTube for the entertainment of others? Well… you get this list of the best video game jump scare reactions around!

, how we love your reactions to the games you play. While it’s difficult for us to narrow down which video sticks out the most, we had to settle for the reaction compilation for the Five Nights at Freddy’s game series. It’s hard not to laugh at the visceral terror and frustration on Markiplier’s face each and every time an animatronic critter tries to eat his face. Go away, Chica!

We’ll be honest, we had a hard time getting through Outlast. We’d open it up, play through it a bit, then close out our Steam in fear before we could ever make it very far. However, after watching Pewdiepie play through Outlast (accompanied by his hilarious commentary) we found the courage to dive back into the game and try again. With Outlast 2 coming out soon, we're hoping Pewdiepie can get us through once again!

If you’re like us and you like watching reaction compilations that contain bits and pieces of various different games, you’re in luck! ’ reaction compilation is both hilarious and informational as we find ourselves introduced to several horror games we didn’t know about beforehand. Furthermore, they're presented to us in the best possible way... jump scares. Now we know which games not to play late at night with our headphones on.

Less game, more mentally traumatizing prank. Scary maze game pranks have been around for quite a while, and the jump scares found within them have somehow managed to scare the living daylights out of just about everyone (mainly children) unfortunate enough to fall for them. Essentially, scary maze games are the perfect way to scar your children for life. While these games and videos are a bit dated now, we feel they’re still just as funny as ever.

The evolution of scary games has naturally progressed to VR, and we’ve actually played through quite a few VR horror games that we haven’t quite recovered from yet. There's something absolutely twisted about a good VR horror game, as you really feel like you're on the verge of unavoidable death. The Visitor is a great VR game that perfectly encapsulates that feeling, and the reactions POiiSED has to The endless array of "nope" mirrors how we got through this game… not well.

The husband and wife duo of Ethan and Hila usually make humorous reaction videos and clever parody videos like Vape Nation on their h3h3 channel. However, the two decided to give the horror game Emily Wants to Play a try over on their second channel, and hilarity ensues. “Best” doesn’t always have to mean funny or ridiculous when it comes to scares. To be honest, this is probably one of the most adorable jump scare videos we found and we absolutely love it!

Last but not least, we have one of the most interesting horror games on the market right now. Boogeyman takes your deepest, darkest childhood fears and transforms them into a bitter reality. Guava Juice’s reaction at the 5:30 mark is priceless, as he ends up ripping his headphones away and knocking quite a few things over in the process. Horror game jump scares... also known as heart attack simulators apparently.

We hope you enjoyed this list of some of the best horror game jump scare reactions. If you didn’t see your favorite, post a link in the comments below, and if you want to see more like this, let us know!

For game articles here at Indie Obscura, be sure to check out the horrifying true story behind Kholat, why these upcoming horror games make great nightmare fuel, and our list of indie horror games that will really freak you out.