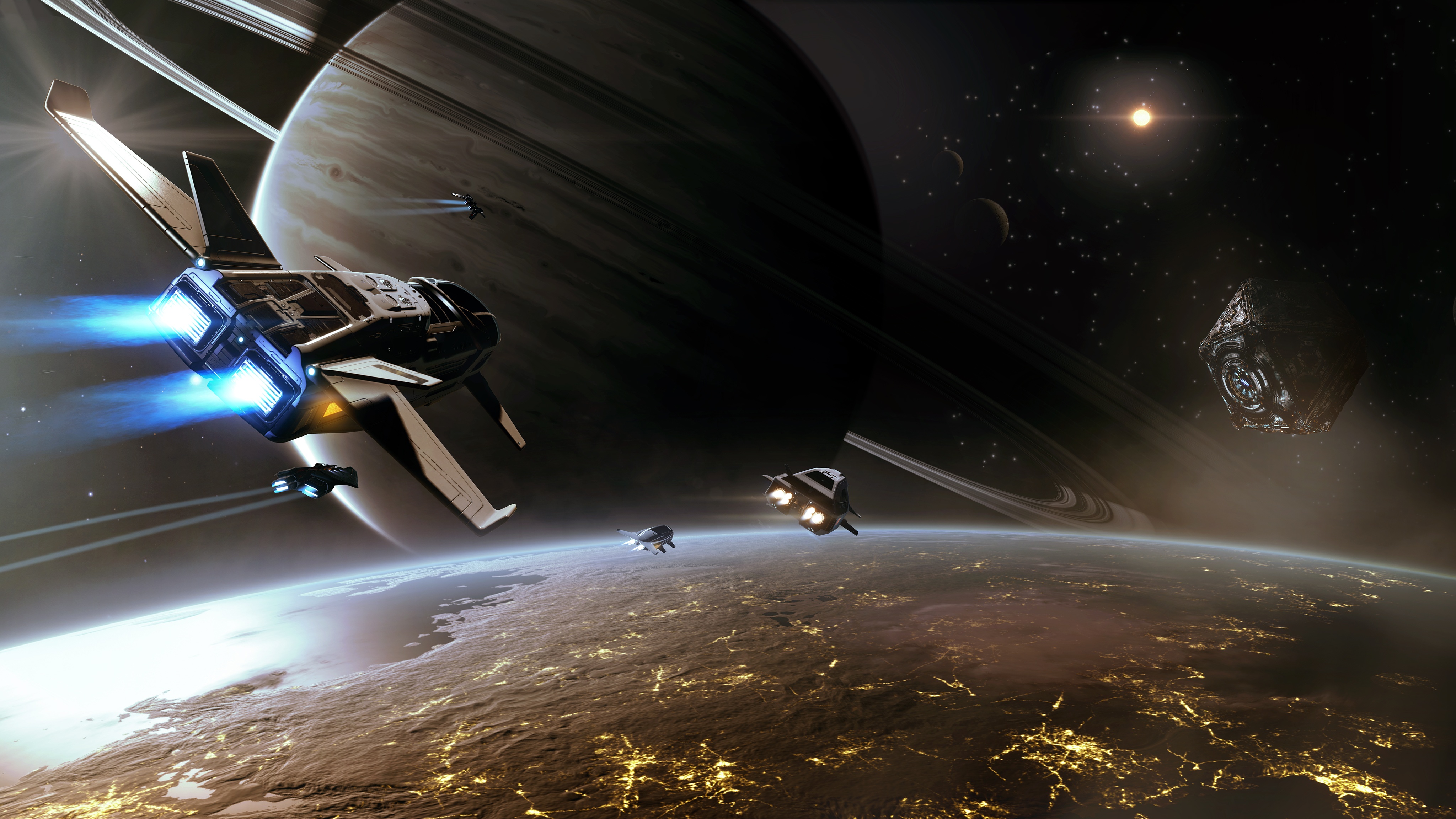 Elite: Dangerous by developer Frontier Developments has maintained its status as a massively popular space adventure game since its release in 2014. While the game has seen several updates over the last two years, none have been quite as expansive as yesterday’s release—The Guardians.

The Guardians, also known as Expansion 2.2, is a free update for Elite: Dangerous that brings in a shipload of new contents to the game. In addition to the lengthy list of new features added in, the new Guardians update is rumored to contain several secrets for Elite: Dangerous players to uncover.

One of the more substantial additions is that larger ships in the game can now be outfitted with a “fighter launch bay” that behaves in a similar manner to the planetary vehicle hangar added to Elite: Dangerous last year. After players have installed the new fighter launch bay, they can subsequently nestle a smaller ship inside.

Afterward, if players hire a non-player crewmate, they will be able to launch them into combat via the smaller fighter while their main ship continues to provide support. Players will also now be able to take on passengers, which opens up a brand new career path, and enables players to level up their reputation, facilitating the ability to ferry more dangerous passengers across the galaxy.

Finally, a wide variety of minor changes been included in the update. Rumors have resurfaced between players regarding the discovery of alien artifacts. Many believe that the Thargoids (an alien race from the original 1984 title, Elite) are on their way. What do you think? Have you discovered any secrets in Elite: Dangerous that hint towards the appearance of Thargoids? Let us know in the comments below!

To read more about Update 2.2 be sure to browse through the patch notes found on the Frontier forum.

For more indie game news here at Indie Obscura, be sure to check out the Nintendo Switch details coming this January, the massive Rocket League Halloween event happening right now, and read through our intimate preview of the upcoming game Owlboy.