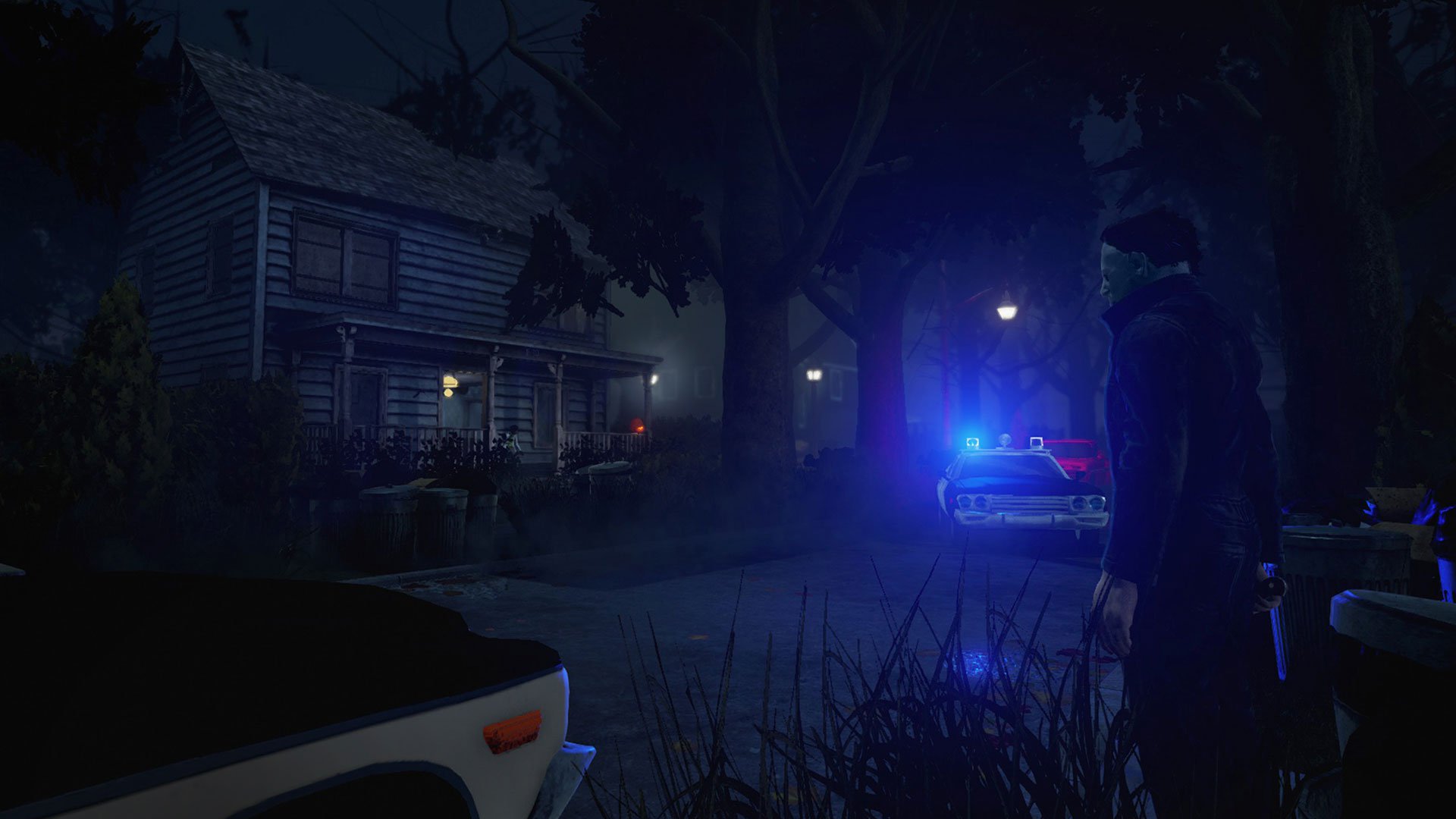 Starbreeze Studios and Behaviour Interactive have teamed up with Compass International Pictures to bring the iconic film Halloween to life in Dead by Daylight. The aptly named “Halloween Chapter” of Dead by Daylight releases today, October 25th, for the price of $6.99 and includes masked killer Michael Myers.

Dead by Daylight’s style of hide-and-seek gameplay lends itself well to classic horror films where the killer silently stalks their and fits in with this year’s Halloween-themed DLC. In addition to being able to play the Killer role of Michael Myers, players will also be able to assume the Survivor role of Halloween protagonist Laurie Strode on the new “Haddonfield” map.

The trailer for Dead by Daylight’s new DLC, as seen below, looks like it was pulled straight from the original 1978 film by director John Carpenter.

It’s important to note that Michael Myers isn’t simply an aesthetic addition, as he comes equipped with a set of particularly deadly skills. First, Myers can increase his detections skills by spotting, or “obsessed” with a Survivor. Once obsessed, a gauge begins to fill that—once full—will enable Myers to become faster and more powerful (though his increased Survivor detection will dissipate).

A day prior, a major patch was released for Dead by Daylight which includes the new “Shrine of Secrets” perk-buying system. With this, players will be able to acquire 4 Teachable perks (meaning it unlocks for the Bloodweb of every Survivor or Killer) by exchanging Iridescent Shards earned by playing Ranked Matches. To learn more about Dead by Daylight’s latest patch, be sure to read through the full 1.2.0 patch notes.

For more indie game news here at Indie Obscura, be sure to check out how you can catch a ghost Pokemon during the Pokemon GO Halloween event, learn more about the 2D platformer Seraph before it comes to PS4 next month, and why the future of the Nintendo Switch is bright thanks to the sheer number of indie developers on board.