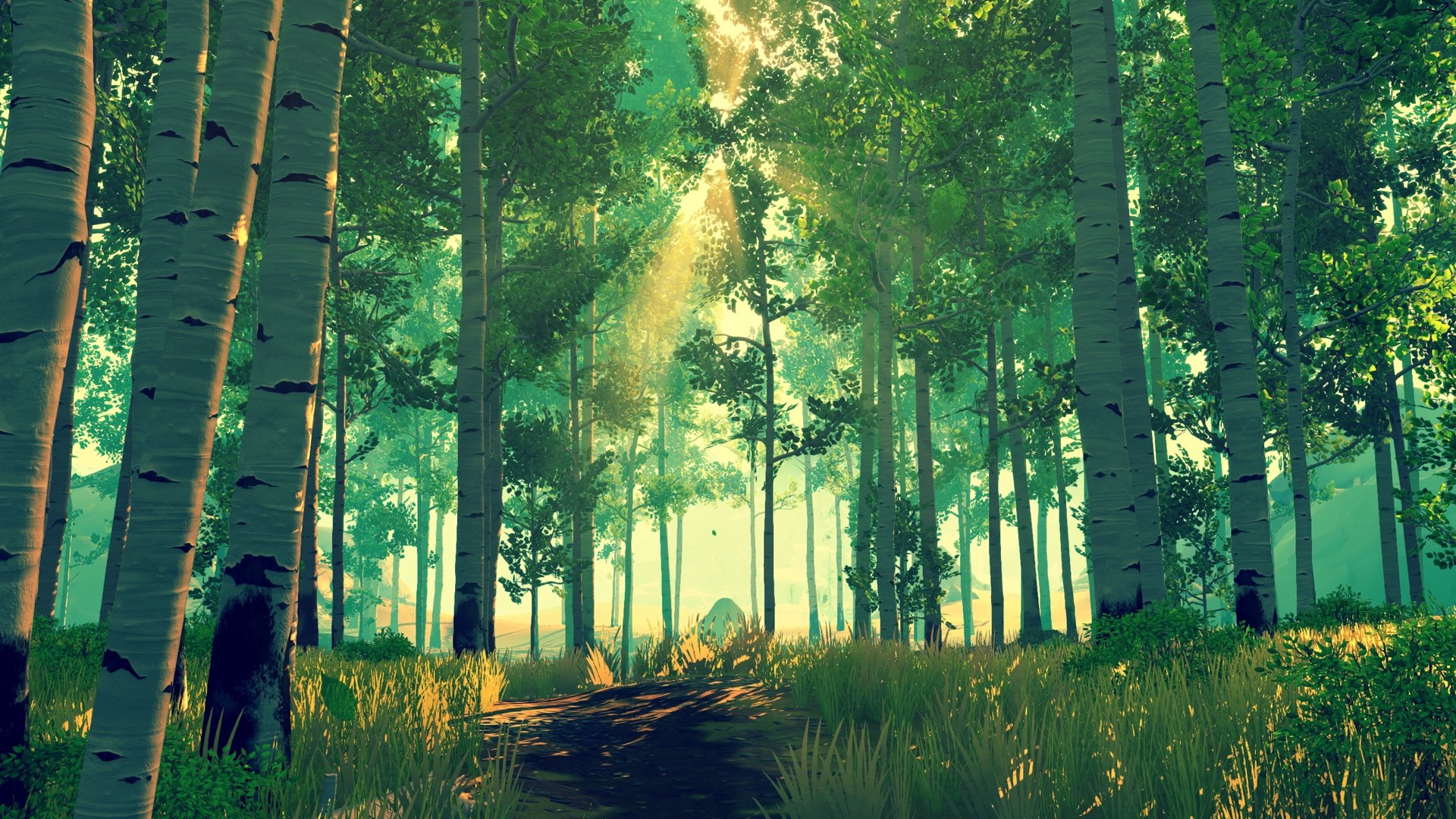 7 Walking Simulators to play after Tacoma

August was a good month for folks who aren't always in the mood for AWP flicks and wombo combos, because it brought with it the release of Tacoma, the latest game by Gone Home developer Fullbright, in which you explore an empty space station in the late 21st century. If you haven't played it, you should totally go do that, but if you have played it and you're looking for similar experiences, here are seven other 'walking simulators' we recommend.

National parks are vast places of wonder and mystery, and Firewatch, by Campo Santo, is a game that understands that. You control Henry, a fire lookout in Shoshone National Forest in 1989, and spend your days wandering hill and vale policing minor infractions by park visitors and talking to your supervisor Delilah, who is stationed a few miles away. Shoshone is an astonishing location, brought vividly to life by the art direction of Olly Moss and Jane Ng, and voice actors Rich Sommer and Cissy Jones do an incredible job building Henry and Delilah's relationship as the glowing embers of the game's mystery flicker to life. Firewatch won bags of awards and by the time you finish it, you'll understand why.

Everybody's Gone to the Rapture

Where has everybody gone? That's the question you try to answer as you explore the sleepy village of Yaughton in Shropshire, England, in the mid-80s. As you pick your way through cottages, pub gardens and village greens, you come across myriad signs of lives hastily abandoned, as well as strange floating orbs that activate scenes where human-shaped lights act out events, and telephones and radios that replay conversations. Rapture has phenomenal acting - at times it's like exploring a particular breed of British radio play - and while the mystery itself is interesting, it's the lives you learn about that really stick with you.

While the other games on this list are slow burners, Thirty Flights of Loving is the walking simulator's three-minute pop song - almost literally, given that it takes under a quarter of an hour to complete. To say too much would spoil the fun, but essentially it's a first-person experience that uses cheap-and-cheerful tech - the Quake 2 engine, of all things - to allow for smash cuts between completely different scenes, giving author Brendon Chung the ability to tell his bitesize heist story in a unique and memorable way.

Most walking simulators are designed to shepherd you around interesting, carefully curated environments delivering story in a very stage-managed way, but Proteus is different. Ed Key and David Kanaga's game deposits you on a lush and verdant procedurally-generated island and simply lets you explore, offering no particular goal, while flowers and animals you encounter have particular musical signatures that contribute to dynamic shifts in audio. Relaxing and beautiful, Proteus is a bath in a world of showers.

Walking simulators are delicate and occasionally profound concoctions, but Davey Wreden and William Pugh also understood they could be hilarious. Starting in a nondescript office, the player is accompanied through the environment by narrator Kevan Brighting, who describes your actions and often says what you will do next, inviting you to rebel against your fate with increasingly surreal and confusing consequences. The fact the game hangs together at all as you probe and transgress is one of the most rewarding things about playing it, but the range of comedy and nonstop inventiveness seal the deal.

Davey Wreden's next game is surreal for other reasons. The idea is that you are exploring incomplete and abstract game design concepts put together by a developer named Coda, who began toying around in level editors before progressing to more elaborate work. Wreden himself narrates as you explore. It would be a massive spoiler to elaborate much further, but Coda's game ideas are fascinating, and Wreden's magnetic narration draws you deeper into questions about how game developers relate to players and vice versa. Eventually your scattered exploration coalesces into a unifying narrative that will have you seeking out other players to discuss and debate it as soon as you finish.

Dr. Langeskov, The Tiger, and The Terribly Cursed Emerald: A Whirlwind Heist

This free game was released as a sort of advert for William Pugh's new studio, Crows Crows Crows, and plays with the conventions and tropes of this young genre by placing you behind the scenes of someone else's experience. Rather than taking part in the titular heist, you move through the back rooms and wings of a theater-like set, pressing buttons and generally following the instructions of jovial narrator Simon Amstell. In keeping with Pugh's previous work on Stanley Parable, Langeskov plays a lot of it for laughs. The only disappointment is that, upon finishing it, you discover that Crows Crows Crows still haven't released a follow-up. Godspeed, you crazy people.