Tell us which tank lift your spirits in World of Tanks. 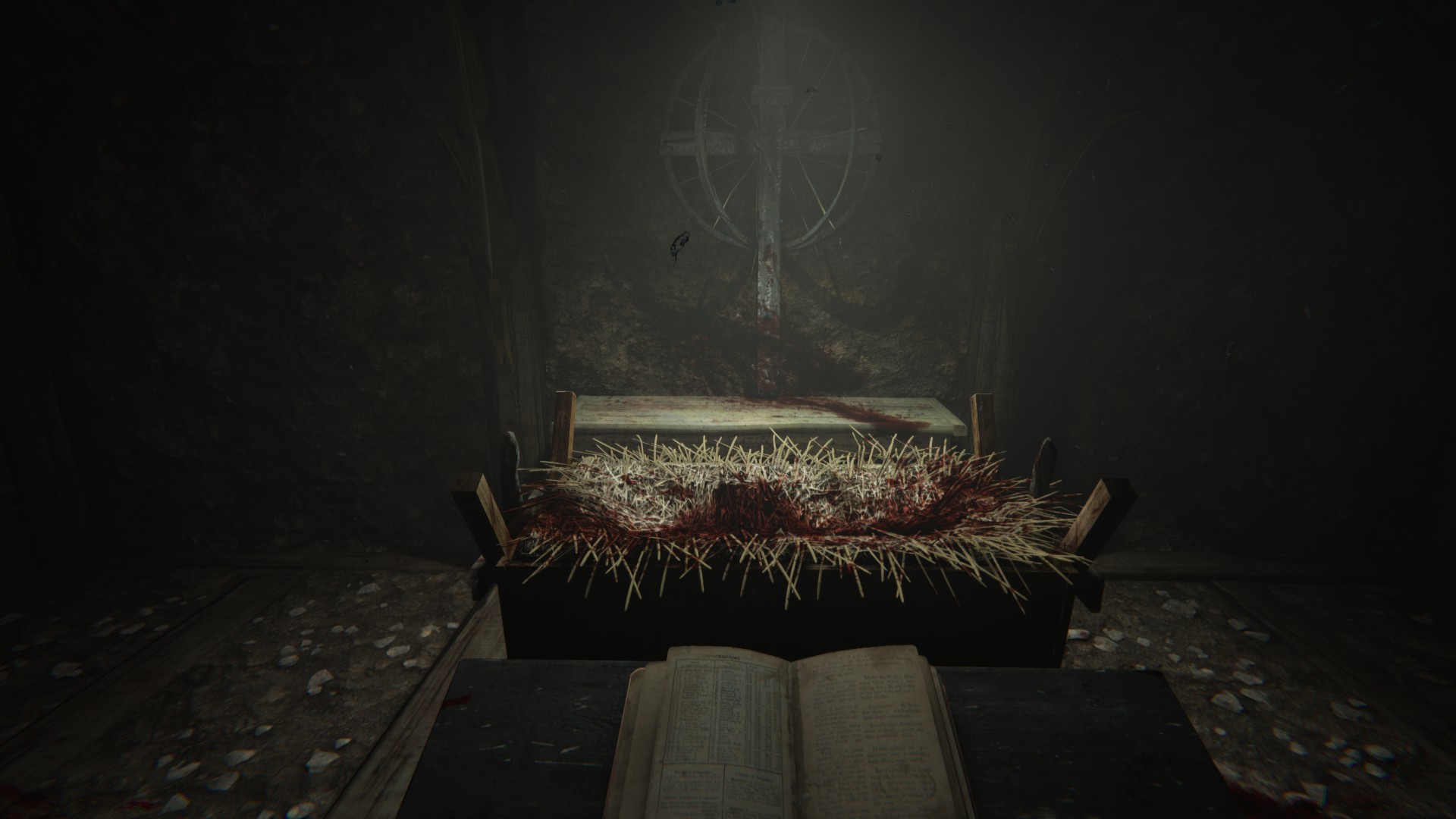 We visit Brooklyn to meet with iNk Stories, the studio behind the critically acclaimed game 1979 Revolution: Black Friday.

Back in October of 2016, it was announced that Outlast 2 would offer a free playable demo until November 1st. At this time, interested gamers who downloaded and played the demo had the opportunity to get a feel for Outlast 2’s initial

Outlast 2- How to Find Bandages, Heal

When you first load up the game you are given a brief backstory of your character, where they are, and what they are doing. Blake Langermann wakes up in the middle of nowhere, fumbles around for his glasses, then the tutorial phase begins. You’ll pick up your trusty camera, learn the controls, and will proceed forward through a series of creepy buildings.

What players will initially note is Outlast 2's impressive graphics and fluid movement. Similar to the first game, you will need to scavenge for batteries hidden throughout each map section. The first battery is located next to a dead body sprawled across a table in one of the farmhouses.

After you've grabbed your first battery, continue to navigate your way past the houses. As you interact with doors, you'll first knock on them, which seems somewhat odd at first. This is because it makes you hesitant to interact with the doors as you wonder what might be hiding on the other side.

It's imperative to push past this feeling in Outlast 2 and continue exploring, as another battery can be found in one of the houses by exploring next to an old radio on a shelf as seen below.

Another thing unique to Outlast 2 is the movement out of the corner of your eye. This will likely cause you to turn in order to get a better look at whatever caught your attention. This is intentional, as Red Barrels opted for more psychological and atmospheric as opposed to the original game's rampant jump scares.

There are also some sinister characters lurking near the houses in the beginning, though rest assured that they will not attack you. Because of this, you're left with a feeling of uncertainty. What will attack you, and what's put in place solely for the purpose of scaring you?

For example, there's a ghoulish figure as seen in the screenshot above who stands on the other side of a fence. He will not attack you when you get close to him, and will instead back away slowly into the shadows.

After crossing the houses and getting a hang of the controls, you will come across a rocking horse swaying back and forth on its own. Just beyond this is a well which you can investigate. Once you interact with the well, you'll fall through it into the next section.

After you land, you'll find yourself in a series of ventilation shafts. Though it may seem as if you'll get lost, finding the next section is not too difficult. Once you come to the part of the shaft where you can see light just ahead of you, proceed forward until you fall through the shaft and land in a brightly lit classroom.

The transitioning scenery in each segment is very enjoyable, as it leaves you guessing on what you'll encounter next. Feel free to explore this room as nothing will jump out at you. If you turn and look behind you, you'll see a TV on a cart in the corner. On the TV cart, you'll find yet another battery.

There's a small clue as to Outlast 2's story located on the walls of the classroom. If you approach the pinned papers you'll notice they're all the same. They contain a lunch menu, a list of three students, and the year 1995. Once you've looked over these papers proceed to the door on your left and enter the dark hallway full of lockers.

This segment is particularly terrifying. As you make your way down the hall you'll see what appears to be a child running through some of the locked classrooms on your right side. Later down the hall, the lockers will spring to life, and the doors will open and shut violently as you pass.

Towards the end of the hall, you'll discover a locker that opens up before you and contains a music box, photographs, and a written note. To access the next level, follow the prompted action and wind the music box.

If you turn and run down the last portion of the hallway you'll quickly find out that you have nowhere to go. Remaining there will only cause you to get pounced on. With this in mind, be sure to move forward, return to the locker with the music box, and pass through into another classroom.

More spooks await you in the school. One in particular, which can be seen above, is a child hanging from the ceiling. As you approach the child something in the ceiling above will quickly pull the body up. You need to pass underneath this ceiling area to get to the next unlocked door. No worries, the ceiling monster apparently has no interest in you.

Be prepared to run once you leave the school area and arrive in the basement of the unfriendly character seen above. You will be given a text prompt to run, which you should definitely heed, as remaining where you are will only get you killed. Do not stop running when you reach the next room as the next character you pass will also kill you.

Eventually, you'll exit the building and race through a field of corn. To avoid getting lost, head straight through the corn stalks toward the light above you until you find the fence with crates stacked against it. Climb these and hop over the fence to the other side. Next, continue running, as the figures holding the flashlights are not friendly.

After sliding down to the next area past an array of gloomy farmhouses you'll encounter the strange female apparition seen above. She will proceed to mutilate your crotch with her weapon until you look down and see blood... and the possible lack of a certain something. Ouch!

This brings you to the end of the Outlast 2 free demo. Overall, the demo is quite brief and can be completed in roughly 10 minutes or so (more if you take your time and investigate the areas around you). What's impressive is the demo's ability to show you several different areas, a few interesting story clues, and new gameplay mechanics that fully immerse you in Outlast 2's first-person field of view.

Outlast 2 is scheduled to release on April 25th for the PlayStation 4, Xbox One, Microsoft Windows, and Mac OS.

For more creepy articles here at Indie Obscura, be sure to check out our initial coverage of Outlast 2's free demo on the PlayStation store, why Scott Cawthon may potentially delay Five Nights at Freddy's: Sister Location due to the game being too scary, and our list of five horror movies we feel deserve updated video game adaptations!