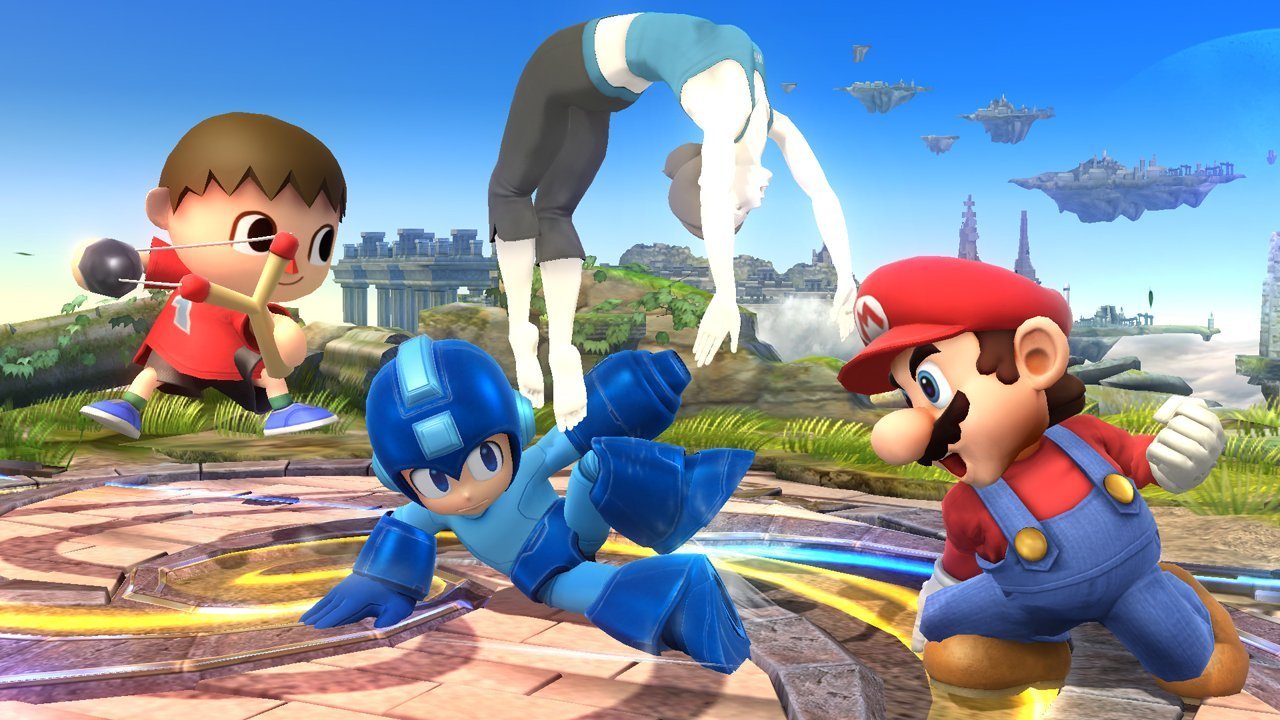 What's the deal with... Smash 4 esports

Everyone and their mum knows Super Smash Bros. With such widespread popularity, it’s no surprise that a competitive scene developed around Nintendo’s fighter. And when it comes to competition, the Gamecube’s Melee is usually the name that springs to mind. However, Since it’s launch on the much-maligned WiiU in 2014, Smash 4 has developed into a varied and thoroughly entertaining esport. If you’re a fan of Smash (let’s face it, who isn’t?) and want to follow the pros, we’ve got the key information on players, tournaments and more to get you up and running.

Unlike most fighting games, Super Smash Bros. is played with stocks rather than a health bar. To win a game you need to knock your opponent past Blast Zones at any edge of the screen. By hitting your opponent you increase their percentage, allowing you to hit them harder and further. Every Smash game comes with a whole host of items that make the game a blast at parties, but no professional player likes to lose a match due to randomly spawned explosives, meaning items are out.

Most tournaments run a best of three (BO3) format up until the top eight, where BO5 is played. Double elimination is standard, meaning players have to lose two matches before they’re knocked out of the tournament. The number of stocks to use in competition was a point of contention for some time in Smash 4, but eventually the scene settled on the the following format:

Also breaking the mold from other fighters, Stages play an important role in many of Smash’s matchups, making stage selection of vital import. Before a match, players conduct Stage striking, vetoing out “Neutral” stages (those considered the most balanced) until only one is left. After each match, the loser is allowed to counter pick between an expanded selection of stages. Competitive rulesets aim to eliminate randomness and provide a fair playing field, so don’t expect to see the game’s wilder choices available. The tournament legal stages are typically Battlefield, Final Destination (including most Ω forms), Smashville, Town and City, Lylat Cruise and Dreamland 64.

Smash 4 has a huge bank of talented players you’ll come to know in time, but there are a few key players that it’s well worth knowing in advance.

ZeRo is by far the most famous and successful Smash 4 player during the game’s lifetime. Following the game’s launch he managed to tally up an unbelievable 56 consecutive tournament wins before finally losing at the MLG World Finals in 2015. One of the most consistent and knowledgeable players in the game, ZeRo’s Diddy Kong is infallible when the top man is on form.

During ZeRo’s dominating streak of 2014, Nairo was consistently his biggest contender and, fittingly, the man to finally beat him in the MLG World Finals. Nairo is an aggressive, technical player and his ZSS kill setups are a thing of beauty to observe.

Currently the second best player in the world, MkLeo gained popularity with Meta Knight, but could well hold the title of the best Cloud, Marth and even Corrin, too. Leo is the youngest player to have won a tournament, taking the 2GGT: ZeRo Saga crown at just 15 years old.

If you needed proof that Smash 4 is a global esport, komorikiri is it. Japan has a number of talented players, and it’d be remiss not to mention to likes of Adabango’s Mewtwo, but komorikiri has earned his place at the top. The best sonic in the game, komorikiri’s Cloud is equally terrifying, and makes him one of the most successful doubles players in the game.

Variety is the spice of Smash

One of the most refreshing aspects of competitive Smash 4 is the enormous roster of competitive characters. Tier lists are still certainly a thing, but a huge number of character are considered viable and most players prefer to stick with their favourites rather than the statistically best. Most top players also have a selection of secondary characters they can swap to if needed, all of which creates some colorful tournament lineups.

In terms of pure capability, Bayonetta is widely regarded as the best characters thanks to her excellent mobility, range and high combo/kill potential. On top of that, any one fighting her needs to be on the guard for her powerful Witch Time counter. Anyone unlucky enough to be caught is thrown into slow motion, allowing Bayonetta to deliver lethal follow ups. Tailing closely behind are Diddy Kong, Cloud and Sheik, but beyond that the field opens up drastically. Character representation varies from region to region, too. Megaman and Villager were largely dismissed as poor choices in the West until Japan’s Ranai and Kameme arrived at EVO 2016 to prove everyone wrong.

If you’ve never watched a Smash tournament before, the packed terminology unique to the series can be extremely offputting, so we’ve listed some of the most important terms you’ll get used to hearing.

Directional Influence (DI) — DI is one of Smash’s hidden technical depths and there are countless videos on YouTube explaining it in great detail. The short explanation is that when a player is hit, they’re able to influence the angle and distance at which they’re sent flying by holding a direction on the analogue stick. Skilled players will make use of this to survive to higher percent or escape combos.

Bair/Fair/Dair/Nair — Shorthand terms for an aerial attack in the backwards, forwards and down directions. Nair stands for Neutral aerial, meaning an attack input without any direction while in the air. Up air remains since Uair doesn’t exactly roll off the tongue.

Ledge Trump — In Smash 4, grabbing the ledge while another player is on it will force them to jump backwards, allowing the trumper to freely punish (and often kill) them. Top players will sometimes attempt to grab the ledge just moments after their opponent in order to force them off.

Short Hop — A jump at half the standard height, occurs when the jump button is only pressed briefly.

Footstools — Characters are able to jump off their opponents head when in close proximity, which forces the stepped on character into an uncontrollable freefall. Footstools are the setup for some of Smash 4’s most ridiculous combos.

EVO is effectively fighting-game Mecca, so it should come as no surprise that it’s held the biggest Smash 4 tournaments to date. Usually taking place around July 15, a wide selection of games is held each year, so it’s best to check the tournament website for the appropriate times and Twitch links.

Beyond EVO, a number of a national tournaments occur yearly. Super Smash Con entered its third year in 2017, and was second only to EVO in number of entrants. The Super Smash Bros. focussed convention runs in August and only appears to be growing in popularity. Genesis kicks off the Smash year in January and while it’s primarily known as a Melee event, 2017’s Smash 4 tournament was the fifth biggest on record, making it well worth a watch.

If streams aren’t so much your thing, VGBootcamp has an enormous library of match videos to watch, covering weekly tournaments as well as the biggest events. If that’s not enough, Tourney Locator makes for a fitting backup, covering the events that VGBootcamp missed.

Some matches to get you started

If you’ve made it through all of that, then you’re more than ready to get watching. Until the next big tournament kicks off, here are some highlight matches that are well worth watching.

ZeRo remains the game’s top player, but Nairo’s victory in MLG is one of Smash 4’s defining moments, ending Zero’s 56 game tournament winning streak. The result is all the more impressive considering Nairo was coming from losers, meaning he had to win two BO5 sets in a row to win.

In Japan’s breakout year in the West, Abadango took watchers at Pound by complete survive, blitzing his way to the Grand Final against EVO champion Ally. Japan are known to demonstrate their skill with a whole different suite of characters, and Abadango really showed what Mewtwo was capable of in this match.

One of the most exciting matches Smash 4 has seen, French player iStudying earned the crowd’s love by pulling off utterly insane combos with Greninja, a character most think of as the poor man’s Sheik. Watch out for iStudying’s bonkers comeback in game 4.