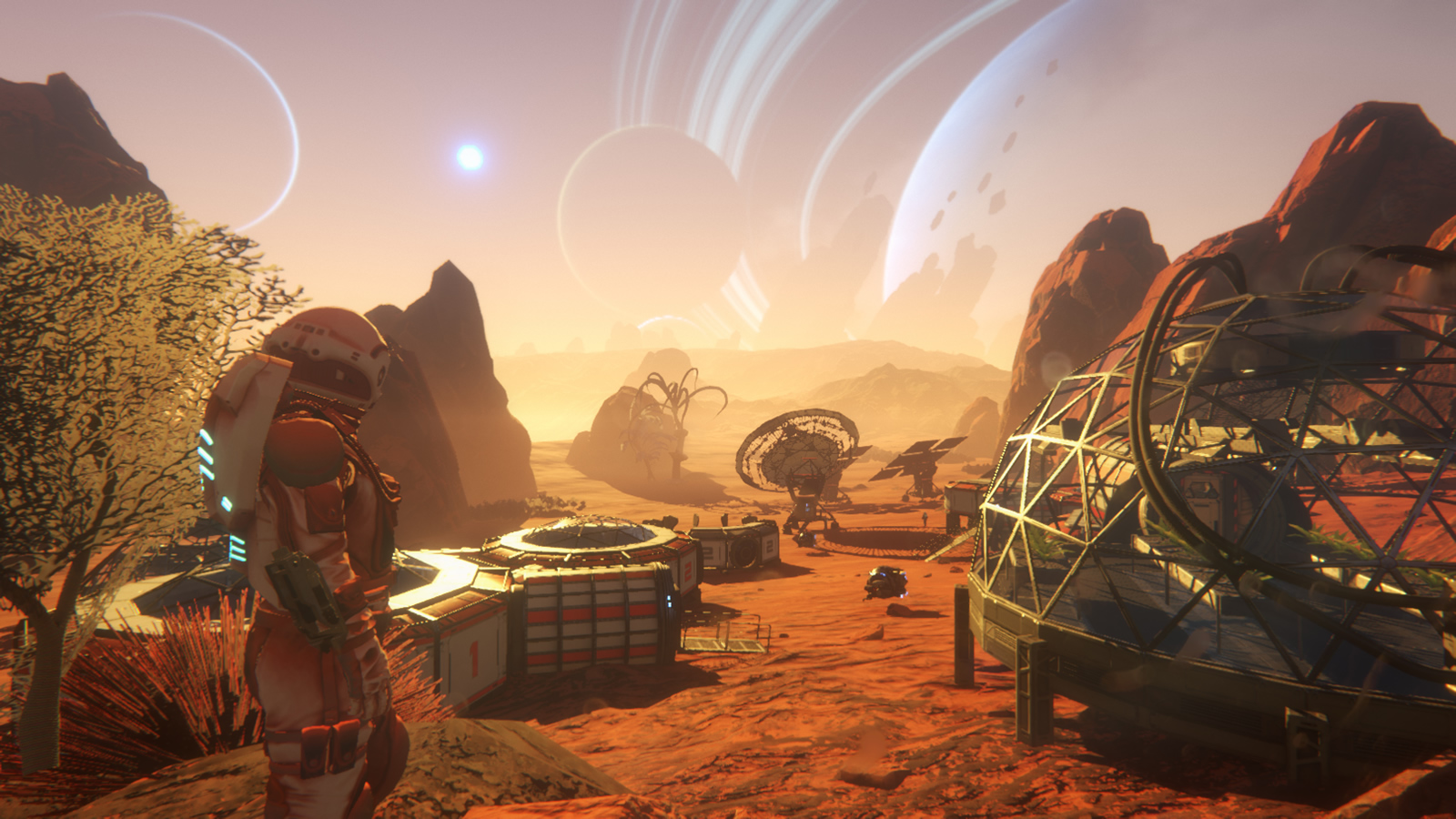 Is Osiris New Dawn What We Wanted From No Man's Sky?

Osiris New Dawn is an open world, multiplayer, survival game developed by a three person team called Fenix Fire. It was launched into Early Access on Steam late last week and has since been met with mostly positive reviews. For a game in Early Access, it seems to be pretty far along, featuring aspects that are reminiscent of games like Ark Survival Evolved and Subnautica.

It couldn’t have come at a better time considering the events that took place following the release of No Man’s Sky, which left many players still hungry for a space exploration adventure game that could provide a lot more adventure and a little less space. After seeing countless comparisons between No Man's Sky and Osiris New Dawn, I couldn’t help but measure my NMS experience up against that of Osiris New Dawn.

In Osiris New Dawn, you’ll choose between two factions. The first is the U.N.E. which is a structured coalition with a goal of colonizing planets. The other group is called Outlanders which are essentially space pirates who do as they please. Once you choose your group, you’ll customize your character and commence on your space journey.

You’ll explore, farm for resources, fight and/or tame alien wildlife, all in an attempt to build up a space colony. You’re also given the option to take this mission on solo or with a group of your friends in online multiplayer. Despite being confined to one planet, the game provides you with enough freedom and capability that gameplay doesn’t lose its allure.

Some cool features worth noting are your robot companion (that I very predictably nicknamed TARS) who can assist you with carrying inventory or battle. You’ll also be very generously given an extensive arsenal of tools, weapons, food, water and even an inflatable dome. This makes advanced space exploration feasible from the very start.

Osiris New Dawn is a fun, time-consuming yet rewarding experience with a lot of potential considering it's still in Early Access. After spending some quality time with it, the question of whether it fulfills what we were looking for in No Man’s Sky seems unwarranted. I found very few comparative similarities to No Man’s if any at all. While Osiris New Dawn capitalizes off of online multiplayer, colonization, battles and wildlife taming, the direction No Man’s Sky took is one of visible contrast. The only similarities between the two are the genres they reside in, but the approaches they took are considerably different.

While Osiris New Dawn capitalizes off of online multiplayer, colonization, battles and wildlife , the direction No Man’s Sky took is one of visible contrast. The only similarities between the two are the genres they reside in, but the approaches they took are considerably different.

For more interesting reads on Indie Obscura, find out why the ASA is investigating if the No Man's Sky ads were misleading, read up on the almighty return of couch coop games, and take a minute to test your knowledge of these upcoming indie titles.