Preparing for the weekend in style! 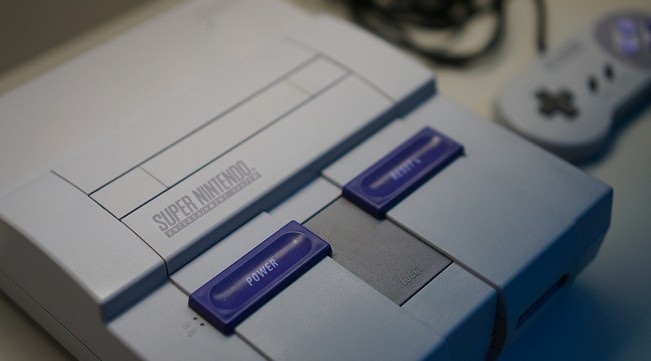 The Almighty Resurgence of Couch Co-Op

HTC's Viveport Launches In Over 30 Countries

The HTC Viveport app launched and has a lifestyle focus.

It wasn’t too long ago that headlines from various gaming news outlets declared that couch gaming was a thing of the past. My gut reaction to these claims was that of vehement denial. I was raised during an era when local multiplayer and cooperative games thrived, in the days of beat-em-ups like Turtles in Time, Double Dragon, and Streets of Rage. My love for gaming stems all the way back to those late nights of playing games like Super Mario Bros and Zombies Ate My Neighbors.

At the time, none of those feelings of nostalgia mattered because I could only think of a handful of newer games that had the option of allowing your friend to plug in their own controller, and play alongside you. Even video games notorious for having a local multiplayer feature like Halo, Need For Speed, and Killzone had opted out of providing the experience altogether. This startling realization left me heartbroken, although, I found some solace in Nintendo, a company well-known for making couch gaming a staple in their games (despite criticism from the media of it being dated in its approach).

Many blamed this change on the rise of online multiplayer. Others pinned it as a money grab by video game companies, forcing players to purchase their own copies of these games. Whatever the reason was, it became clear to me that some people were unphased by this sudden change of pace, while many others like myself continued to make the argument that couch multiplayer and co-op wasn’t ready to make its exit out of gaming just yet.

It was around that time that I discovered the indie game scene. I’d often see these retro-styled video games pop up on my social media timeline and they brought back memories of pixel art, chiptune music, incredibly difficult bosses, and slow loading times. But most importantly, I found that many of these games promised the ability to play locally with your friends and that was all the ammo I needed.

It started with titles such as Castle Crashers and Minecraft. Then Mercenary Kings, Don’t Starve Together and Guacamelee. It almost seemed as though indie game developers saw the market for couch gaming, or better yet, were part of that market. It would make sense, since many developers grew up during the prime time of couch co-op and may have had similar feelings about it. With the rise of indie games in the industry I continued to see a resurgence not only in local multiplayer, but in Metroidvania and all around retro-styled video games.

Thanks to indie games and the developers who want to see the gaming elements we enjoyed during our child make a comeback (and also Nintendo), I can say with confidence that couch co-op has made its almighty return. I just hope that it's solidified its place within gaming and is officially here to stay.

For more interesting reads on Indie Obscura, check out the dark Metroidvania game from the developers of Jotun - Sundered, take a look at this awesome space exploration game Astroneer, and watch our interview with Transport Fever's Stephan Schweizer.