Look forward to a more civilized Battle Chat in World of Tanks. 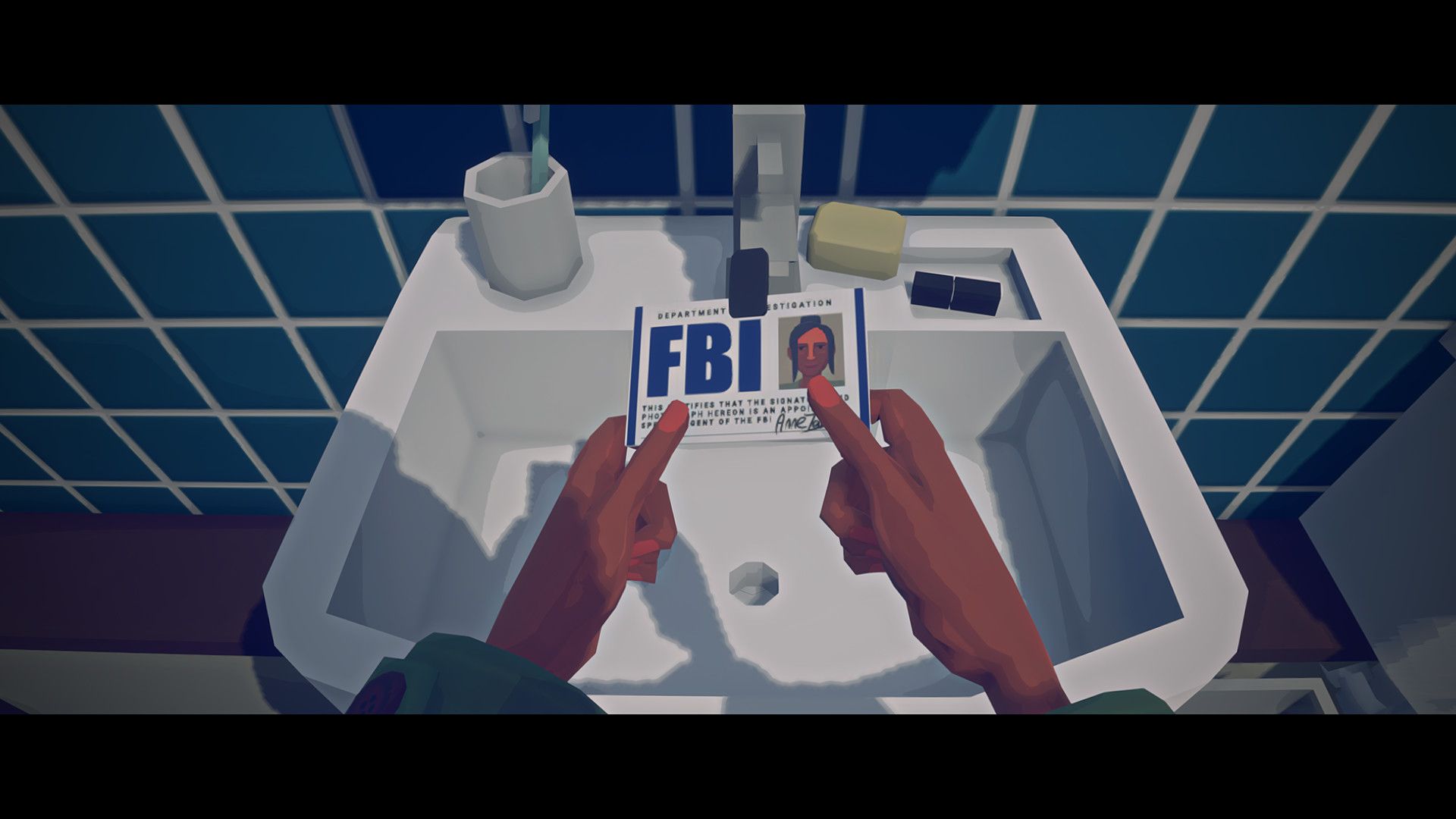 Command mechs and take down corrupt robots in Hybrid Wars.

At a glance, Virginia is a crime drama surrounding a small town conspiracy at the risk of being exposed by the FBI. As a tried-and-true fan of sci-fi mystery thrillers such as The X-Files and more recently Stranger Things, it appealed to me in that regard. After a few personal recommendations from my peers in the office, I decided to take a deeper look at the game without any preconceived notions. It was then that I found an enigmatic, ambiguous, and thrilling tale of conspiracy, circumstance, and the complexity of interpersonal relationships.

You’ll begin as Anne Tarver standing in a bathroom right before her inauguration into the FBI. Shortly afterward, you land your first gig which puts you on the trail of Maria Halperin, a special agent under investigation for suspicious activity. You and Halperin will coincidentally be tasked with solving a missing person case which involves the disappearance of a teenage boy by the name of Lucas Fairfax.

Virginia starts off with a considerably slow build. During this period, you'll take the time to make note of its most notable aspects which are the dreamy poly art visuals and cinematic soundtrack. As the story carries on, you’ll begin to find yourself personally involved in the rise and falls of its complex plot developments. It’s also worth mentioning that for a game that contains absolutely no dialogue, it does a great job of communicating through character body language and a seemingly conscious musical soundtrack.

The case itself is just an elaborate backdrop to your relationship with Maria. She’s the strong and  silent type who takes her job incredibly seriously. You’ll notice quickly how she can come off as suspicious since she leaves the impression of being guarded and untrusting of those around her. Since it’s your job to investigate her, you’ll find yourself on the fence about your relationship with her since there are moments where your bond with her will conflict with your responsibilities.

You’ll notice that Virginia utilizes jump cuts in an effort to push the story forward and highlight the pivotal moments within the game. At first, these skips through time are minimal but as the game progresses, there will be periods where this tactic can become very jarring. It almost gives the impression that this was used as a means to throw you off the story's elaborate scent. As the plot continues to build, the lines between reality and fiction continue to blur, rendering any kind of deliberate investigating from players nearly impossible.

As Anne and Maria uncover more details surrounding the disappearance of Lucas, things never really seem to add up. You’ll become aware of some very suspicious ongoings which will ultimately test your moral compass. Seasoned fans of sci-fi crime dramas will understand that this is all part of the process and where I feel Virginia shines the brightest. It’s a culmination of all the slow building, well-calculated and pivotal moments that begin to serve their purpose.

In an effort not to spoil the ending I will say this, Virginia ends abruptly and if you’re the type of person who enjoys closure, then you won’t find it here. You will find an immensely thought-provoking, emotionally charged, and cinematic experience. While Virginia will be brilliant for some, its ending will be unsettling for many. I recommend it to people who have a keen interest in unraveling mysteries and a taste for conspiracies.

For more brilliant indie games on Indie Obscura, be sure to check out our review of Campo Santo's Firewatch, find out why That Dragon, Cancer broke our and read up on how video games can treat symptoms of depression.