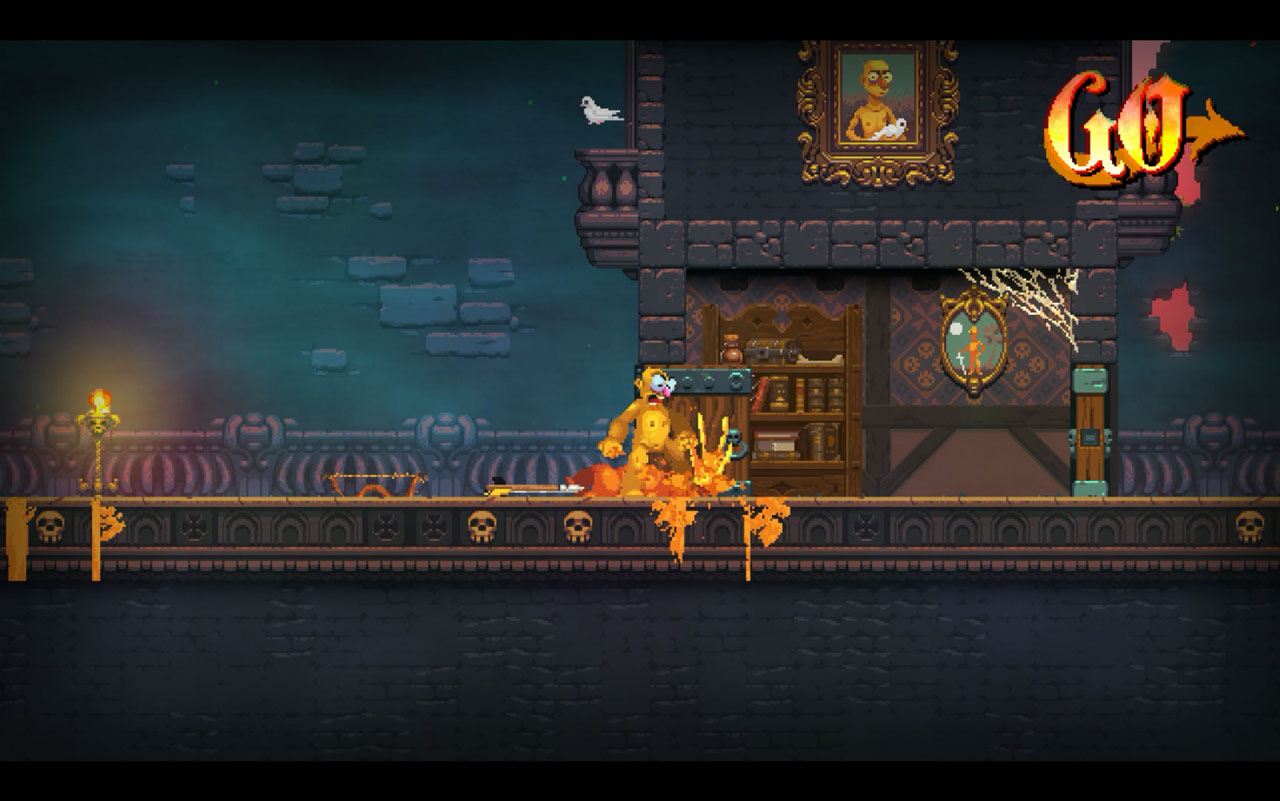 Indie studio Messhof has announced the sequel to their award-winning dueling game, Nidhogg. The game’s artstyle took a turn in a new direction and looks nothing like its predecessor, but we wouldn’t say that it’s entirely a bad thing.

The “new monstrous visuals” by Misshof's lead artist and animator Toby Dixon, will add an element of depth and character to what will be over 10 levels of “fencing goodness”. It will also have some “bangin beats” from the likes of Mux Mool, Daedelus, Dose One and more. Players can expect a single player campaign, local and online multiplayer with a tournament mode. Nidhogg 2 is scheduled for release in 2017 and so far, has only been announced for PC but will potentially come to some console platforms. Check out the official Nidhogg website.

For more indie game news on Indie Obscura, read up on how Campo Santo's Firewatch will be coming to theaters, take a moment to ask yourself if the No Man's Sky advertisements were misleading, and watch our Developer Talks with Vanguard Princess's Austin Osueke.