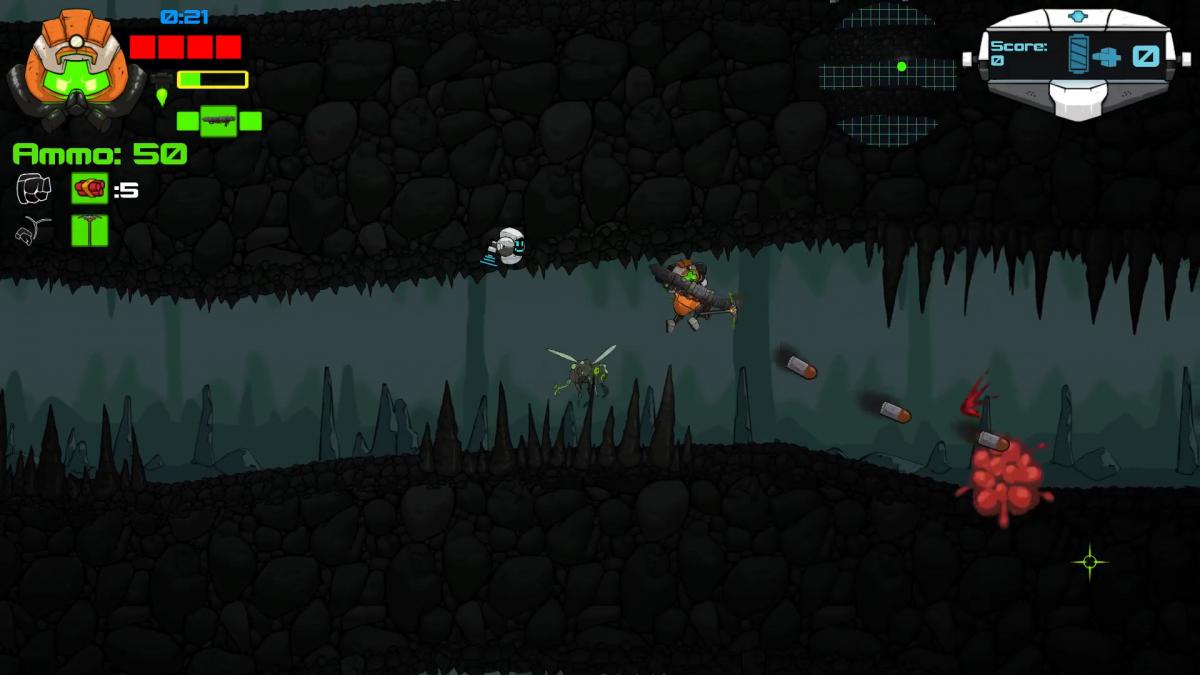 When there’s nothing else to do but take another tank hostage.

There were a lot of indie games on display during the recent PAX West 2016 gaming convention, and we got to chat with the developers behind many of these games, including James Turnage, the level designer of the indie shooter End of the Mind.

According to Turnage, End of the Mind is a 2D side-scrolling sci-fi shooter in which you play as an intrepid space miner who has travelled to a distant planet to mine resources. However, shortly after your arrival, all of your mining companions are kidnapped and taken beneath the planet’s surface, forcing you to venture underground and rescue them.

Turnage also talks about how End of the Mind’s central gameplay loop involves defeating enemies, finding new weapons, upgrading those weapons, and using them to defeat more powerful enemies. There is also a central story behind the disappearance of your friends which you’ll slowly piece together as you work your way deeper and deeper below the planet’s surface. Turnage says End of the Mind should appeal to fans of both sci-fi and horror, but also of comedy as well.

End of the Mind is available now for PC and Mac. Turnage also said that the development team is considering an eventual console release on both PlayStation 3 and PlayStation 4.

For more PAX West developer interviews on Indie Obscura, be sure to check out simplistic RPG Hero from Baqir Shah and strategy game Champions of Anteria from Blue Byte.