These are some of the best indie songs to listen to in the car. 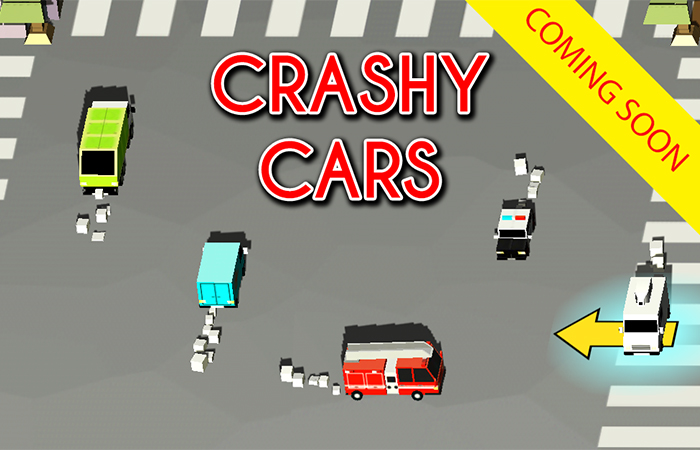 We take a look at a unique sci-fi side-scrolling shooter called End Of The Mind.

While at PAX West 2016, we got to see what’s new in the mobile indie scene, and one game which really caught our eye was Crashy Cars, a new mobile title from developer Pixel Bizarre.

Crashy Cars is a seemingly simple mobile game in which you have to guide cars through an intersection and make sure they don’t crash. You do this by tapping a single button which makes each car accelerate along a linear path, and you tap the button again every time a new car shows up in order to make sure it doesn’t hit another car or the sidewalk. However, every time you press the button, any cars which are already in motion will turn 90 degrees, which means you have to constantly monitor where all the different cars are going. There are also items that can spawn which, if picked up by a passing car, increase your score. However, diverting a car so that you can get a score item could also lead to an unforeseen crash, so again, you have to keep a close eye on several moving parts at once.

Pixel Bizarre says that Crashy Cars should launch sometime in November of 2016. The game will be available on mobile platforms, though Pixel Bizarre hasn’t specified whether it will come to just iOS, just Android, or both.