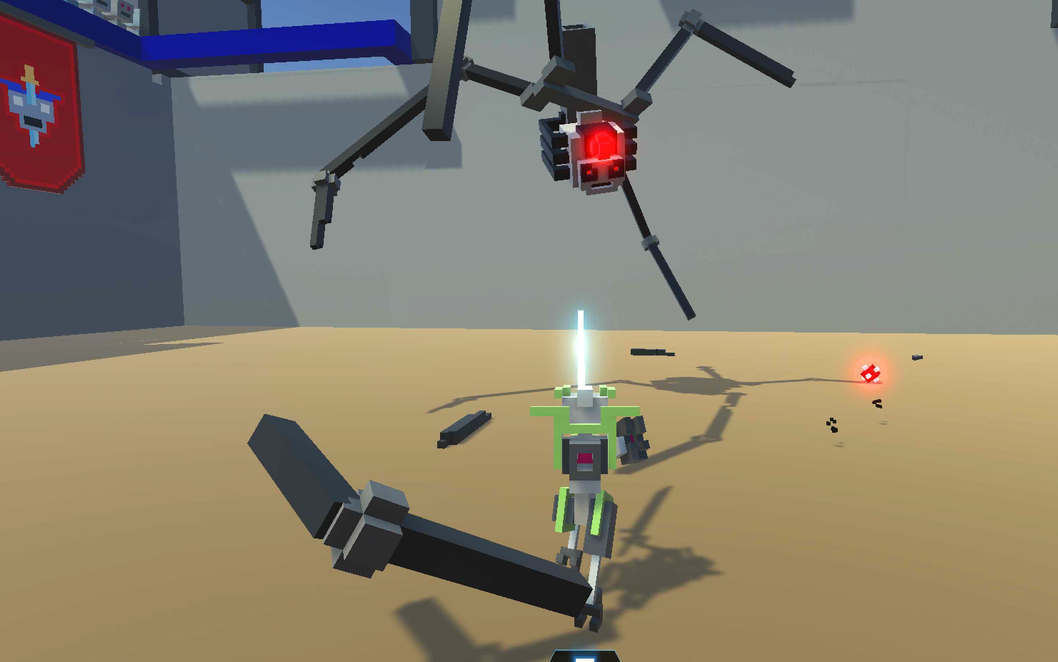 During our time at PAX West, we got to interview a number of different indie developers and discuss their upcoming games. One such developer was Erik , developer of the quirky new game Clone Drone in the Danger Zone.

However, in there is also a chance for redemption with players given the chance to purchase and equip various robot upgrades for every round they survive. As you can see in the above video, these upgrades include new weapons like a bow and arrow that can pick off distant robot foes from afar or an extra life which grants players one additional shot at completing a specific round.

In the interview, Rydeman discusses both the process he went through to make Clone Drone in the Danger Zone, and how anyone hoping to enter the realm of indie development should make sure to play to their artistic strengths. Clone Drone in the Danger Zone is set to release on PC, Mac, and possibly Linux ( says he’ll only do a Linux version if fan demand is high enough) sometime in the near future.

For more on the latest Indie Obscura news, be sure to check out our previous coverage of the latest Death Stranding details, why The Witcher 3 won't be getting a PlayStation 4 Pro patch, and our PAX West interview with Dale Scullion about Grow Home's upcoming sequel Grow Up.