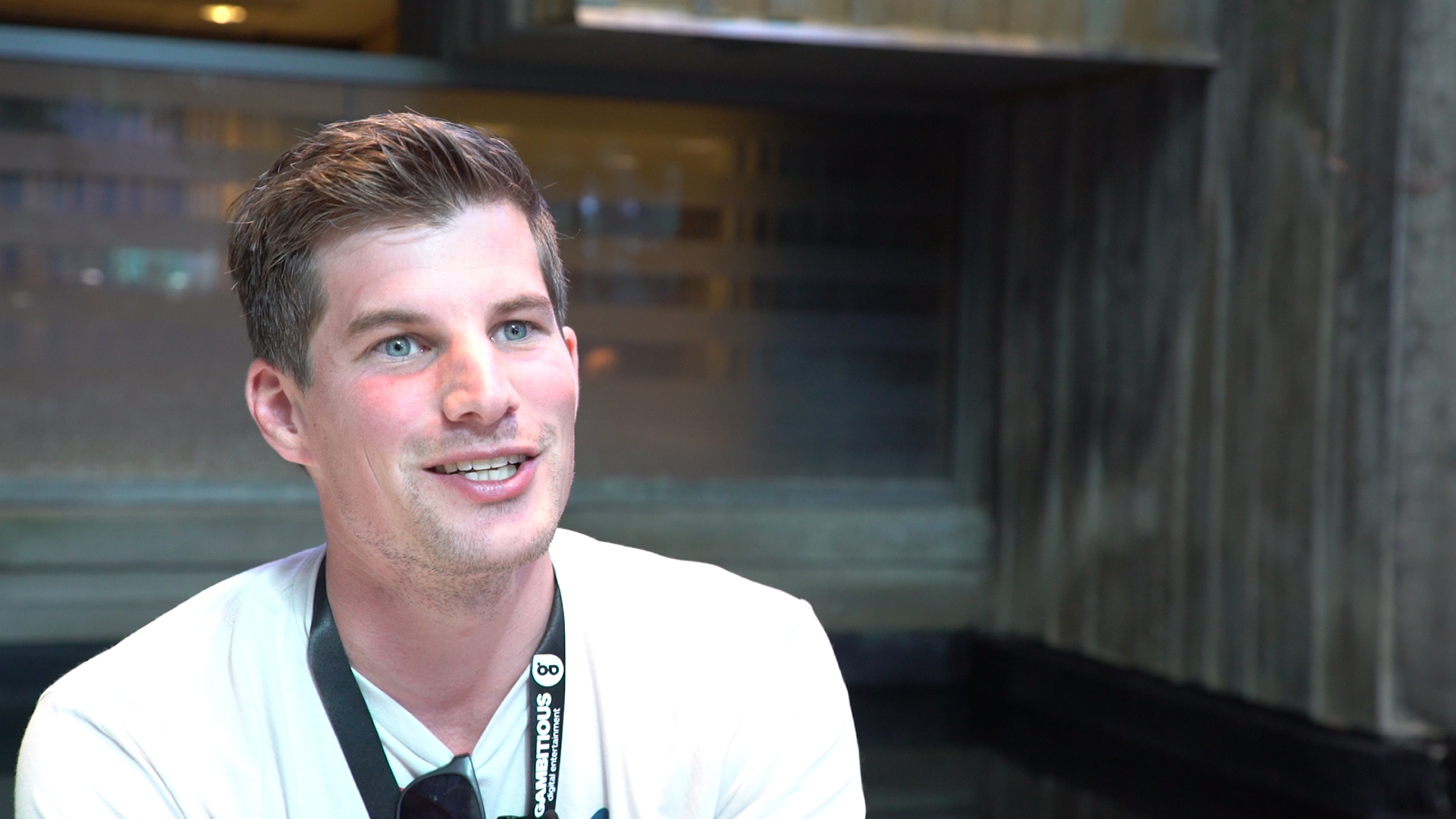 Gambitious was founded in 2014, as a response to the crowdfunding successes and failures of that same year. They created a platform that allowed investors to back games, while still keeping some of the traditional publisher structure in place for fledgeling developers. This year has been a busy one for Gambitious (with four games already released), they showed up to PAX West with a wide variety of titles that they will be releasing in the upcoming months. We managed to pull one of the founders, Sjoerd away from the booth to talk about what makes Gambitious different, the current climate of gaming, as well as what they had for us to check out at the show.

IO: Can you just tell us who you are and what you do?

SG: My name is Sjoerd Geurts, I am of Gambitious Entertainment, I manage operations, and am also responsible for product, where is our investor portal. People can invest in the games we sign.

IO: Ok so, talking about investing, it's a pretty unique model that you guys use, that maybe people don't understand. Can you break it down for us?

SG: Absolutely! It's actually not that hard. Let's start at the beginning. So, as a relatively small publisher, we don't finance all the games out of our own war chest. We give other people the opportunity to invest in the games that we sign that we have vetted for quality, of these have to be good games, but we also think that these are going to be commercial successes. So we invite other people to come to our platform and look at the and invest.

IO: This seems pretty non-traditional, as a publisher, you take a lot of work off of both the investor's and developers' plates.

SG: Like said, we are not a crowdfunding platform, you know? You don't invest in the studio, you don't become a shareholder of that studio. We are also not a Kickstarter, where you pledge money towards a game, and you hope that it ever comes out. First, you hope that the campaign becomes successful, then you hope that the developers can handle that cash influx and make the game that you were promised. Maybe you get the game, and a t-shirt or whatever, which is great! A lot of great games saw the light of day through Kickstarter, but it's also very distracting for the developers.

IO: Yeah, it seems like, especially for indie developers, the parts that they maybe don't understand, or would take to learn, you guys already know that stuff. How do you specifically use that to help these teams?

Publishers aren’t the evil companies that they maybe once were...or maybe still are, some of them. We are invested in you. Not only financially, but also emotionally. You see for example at um, what I would say, our big brother Devolver Digital, how much of a family that really is. We are creating that same sense of family at Gambitious.

IO: I have looked at the track record that you guys have. Everything you guys have put together has gotten funded and eventually been released.

SG: We guarantee , so as soon as we sign, you can start building your game. We have a certain timeline in mind, like you would as well, and we make sure that we get there. Different games have different needs, maybe you are a little bit further along, maybe you have preferred partners for some stuff, maybe you only need marketing, or maybe you only need development. It’s a customizable service package that we provide you.

Touching on Kickstarter again, it is important to have, if you haven’t necessarily brought a product to market, completing that whole cycle, it is probably pretty pleasant to have someone that has done it, multiple times, in multiple genres, on multiple different platforms by your side.

IO: This is more of a bigger picture question, but some people might look at you and say, why are you making games in this space? Why not just make AAA games?

SG: Why? Well because I think when you walk around these indie floors, especially checking out the indie publishers, you see extremely creative games, you know? These are not games for the “the masses”, but I think it is important that these games get a chance to get out there and be bought by people who love that genre, you know, that type of game. These AAA titles will always be made. That’s all fine, but we want to have those smaller teams who think of the most ridiculous but fun things in their basement. Meeting those guys with their creative ideas, and to then see those first builds, then see them become better and better and better, then seeing a great game, that I think absolutely competes in fun factor with these big titles but costs $81,000 to complete. I think it’s absolutely crucial that people are also focusing on these two or three person development teams.

Meeting those guys with their creative ideas, and to then see those first builds, then see them become better and better and better, then seeing a great game, that I think absolutely competes in fun factor with these big titles but costs $81,000 to complete. I think it’s absolutely crucial that people are also focusing on these two or three person development teams.

Watch the recap from PAX West below!

Looking for more? Why not check out our coverage of RunGunJumpGun, the newest Gambitious title? After that, you can learn how to insult your friends by watching an interview with the developers of Oh...Sir!