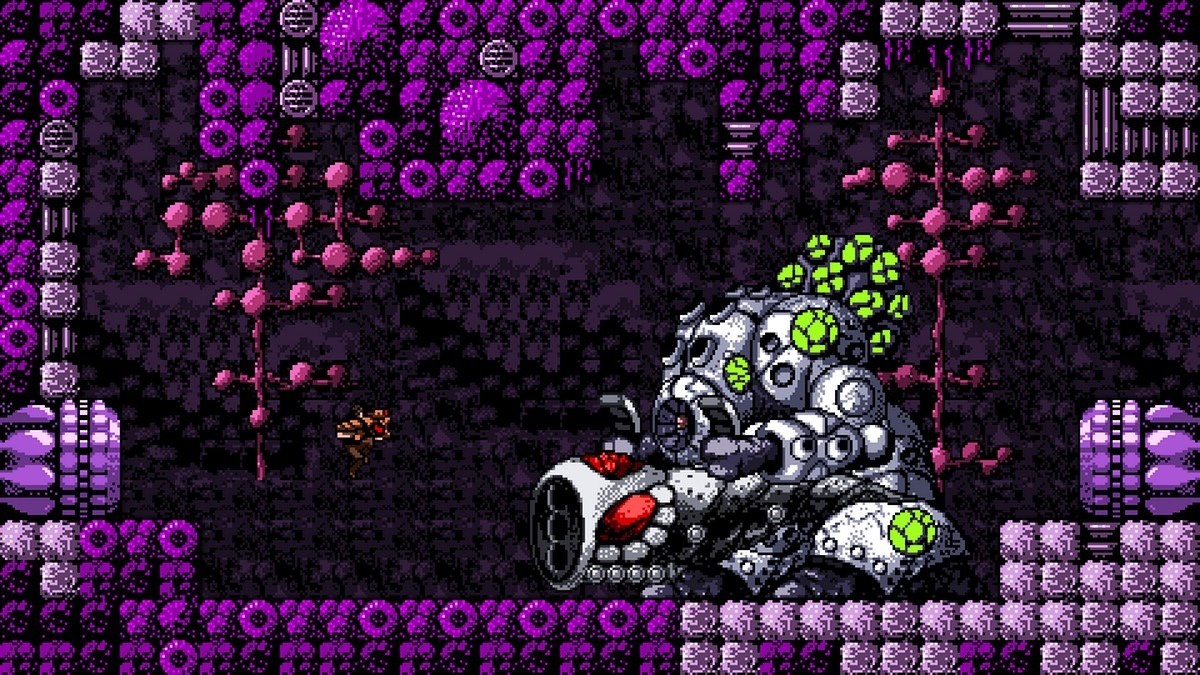 Axiom Verge, developer Tom Happ’s delightfully charming love letter to the classic Metroid series, has been noticeably missing from the Xbox One library of indie games for quite some time. However, in a mere two weeks Xbox One players will finally be able to play through Happ’s sci-fi platformer.

Happ confirmed in a recent blog post on the official Axiom Verge website (a post which is cheekily titled “Achievement Unlocked!”) that the game will make its Xbox One debut on September 30th, a date which is roughly two weeks away. Within the blog post, Happ talked about the inherent irony of the fact that it took so long for Axion Verge to come to Xbox One since the platform he was initially targeting when he began development on Axiom Verge seven years ago was the Xbox 360.

As with other platforms, Axiom Verge will cost $19.99 on Xbox One. Although, interested players will be able to grab it at a 10 percent discount as long as they buy it before October 10th. With its Xbox One release, Axiom Verge will officially be available on every major gaming platform as it is already available on PC, PlayStation 4, and, most recently the Wii U . There are rumors that Axiom Verge could eventually come to handheld platforms like the Nintendo 3DS or PlayStation Vita, but Happ has yet to confirm or deny such rumors.

For more on the latest Indie Obscura news, be sure to check out our previous coverage of SMITE’s new 3.17 Odyssey update, new details for Hideo Kojima’s game Death Stranding, and how Riot Games is celebrating the 10-year anniversary of League of Legends.