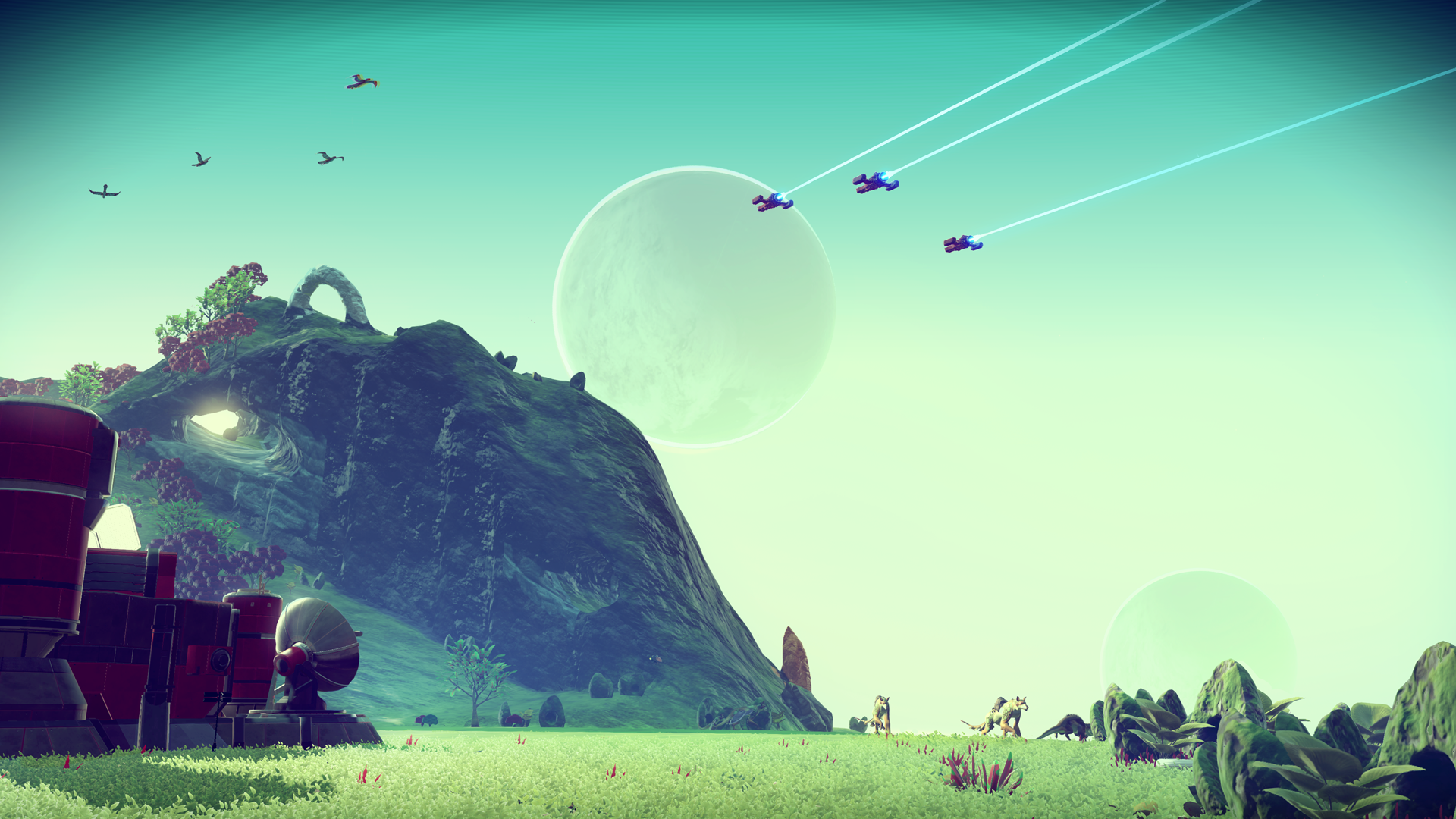 How Big Are The Planets In No Man's Sky?

Back when No Man’s Sky was being developed, Hello Games studio head Sean Murray boasted that the game would feature “planet-sized planets.” Now, one YouTuber has put that claim to the test and found that it’s mostly accurate… mostly, but not entirely.

In his latest video, YouTuber Conor Kearney, a gamer who has become famous for his analysis of various video game land masses and how long it takes to traverse them, shows off a condensed version of the 11 hours and 50 minutes he spent wandering across a planet in No Man’s Sky. Kearny said that he made it about halfway across the planet in that time, and using some extra math in relation to his character’s walking speed, he determined the planet was about 74 miles in diameter.

That’s a pretty far cry from Earth’s moon (2,159 miles) or even the smallest recorded planet in our solar system (the dwarf planet Ceres which is 587 miles in diameter), but it is also still a pretty large space to explore, and it’s just one of the 18.4 quintillion planets which exist in the entirety of No Man’s Sky. In short, if you were worried that exploring all of a No Man’s Sky planet would take a mere couple minutes or hours, you can rest assured that the game has plenty of aimless wandering for you to partake in.

For more on the latest Indie Obscura news, be sure to check out our coverage of Pokemon GO’s new Buddy System feature which will be included in the game's next update, how Axiom Verge is getting a Wii U release, and why Quantum Break’s Steam release was delayed by two weeks.