A look at the rapid growth of virtual reality in 2017. 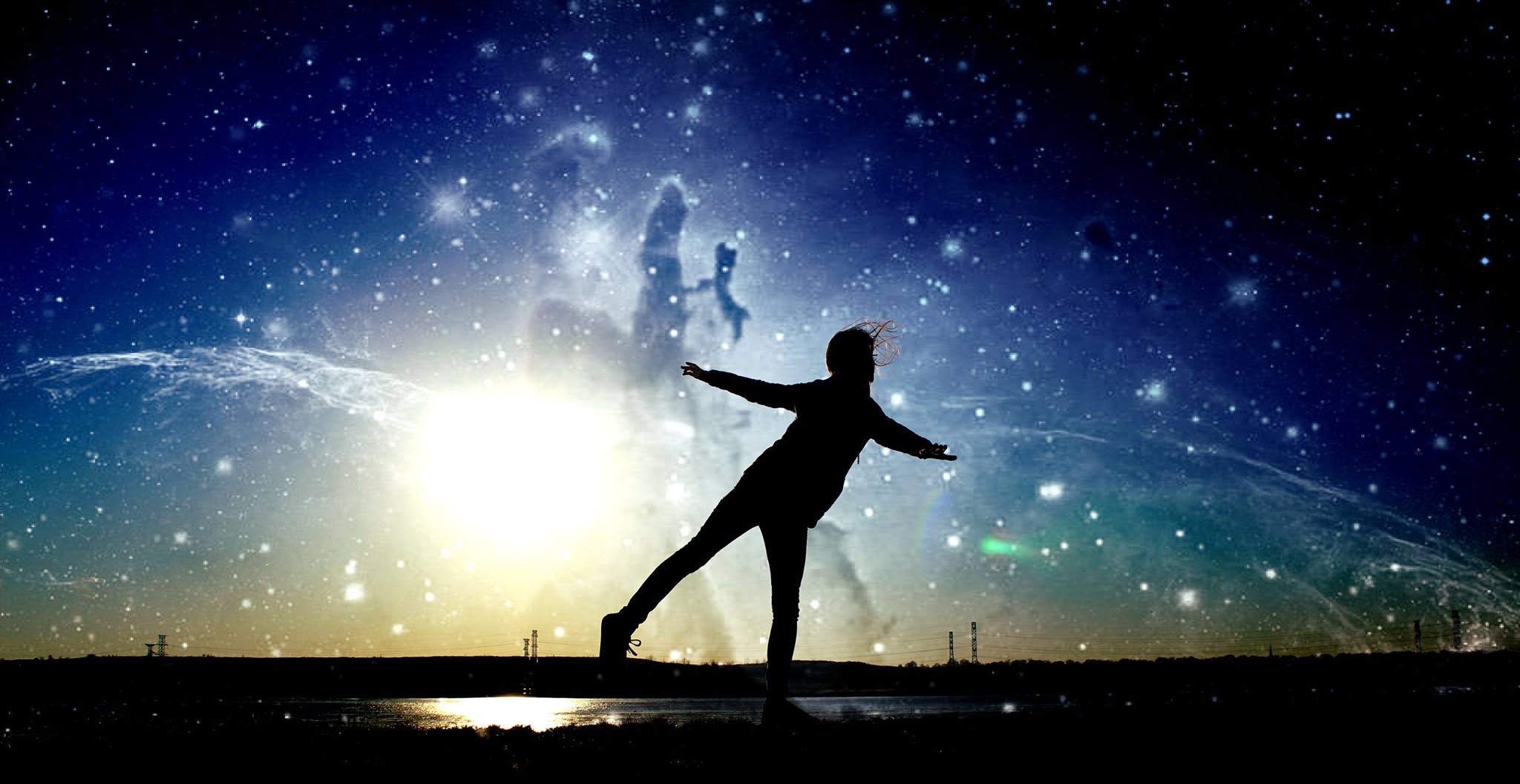 Take a load off and enjoy these top-notch Twitch streamers playing Battlegrounds.

At the moment, scientists know little about depression. To make matters worse, societal stigmas continue to make it explicitly difficult to acknowledge depression as a legitimate illness. Those who suffer from this condition are often told to cheer up, to snap out of it and return to a life of normalcy, which does more harm than good.

As someone who has suffered from this condition for years, I can speak from experience when I say there’s no such thing as “snapping out of it.” However, there are treatments and ways to manage the symptoms of depression to bring yourself closer to that state of normalcy.

One of the most efficient ways I learned to silence some of my depressive symptoms is through gaming. Depression is an extremely common illness, with over 3 million Americans suffering from it at this very moment. It’s important to note that mental illness should never be associated with the word “crazy,” and should instead be considered on a level playing field as a physical illness.

I often reference depression as a cancer of the mind because it is hidden, showing itself through symptoms rather than exterior wounds. Furthermore, depression (like cancer) can often turn fatal for thousands of people if left untreated. A recent example of this is the tragic death of actor Robin Williams.

The risk of fatality is the number one reason that you, or someone you know, should work on treating the symptoms of depression rather than letting them fester. I know how easy letting the negativity fester can be. Motivation evaporates, and the will to pull yourself out of bed becomes impossible task. This leads to the overarching question… how do video games and game development help treat some of the symptoms of depression? Let’s take a closer look.

First, a good example is the phenomenon that is Niantic’s Pokémon GO, an augmented reality game that requires users to get up, go outside, and hunt down Pokémon. It gave a lot of depression sufferers a distraction from the overwhelming desire to stay tucked away inside, and many claimed that the game helped them with their illness. However, going outside is not an end-all method when it comes to treating symptoms of depression, as everyone suffers differently.

Aside from Pokemon GO, something to keep in mind is that gamers are often known for being introverts, people who abhor social situations and prefer to delve deep into the alternate realities found in games. To simplify things a bit, think of the act of playing a game as a way to temporarily step outside yourself and your ailing brain.

To accomplish this, games generally give you a task to complete, which in turn diverts your brain’s attention away from those feelings of self-loathing and misery, and pushes them to the side (often by force) in an attempt to concentrate on the efforts of succeeding.

There are games across dozens of genres for people of varying preferences, and in previous articles, we mentioned that video games aren’t just the violent locales the media hypes them to be. Through games, you can explore a story, solve puzzles, go on quests, and even meet new friends. Socializing through the virtual realm can act as a healing balm to some of more dangerous symptoms. The ones that spawn thoughts of inadequacy, the ones where you feel like you’re the worst human being in the world.

Fortunately, in the realm of gaming, you don’t have to be you. In an RPG, you can be a magical elf on a quest, while in an MMO, you can be a healer and subsequent savior of your team. In a video game, talking to others is easier because it’s often centered around what you’re playing and how to tackle in-game problems. While the gaming world is certainly home to toxicity, it also harbors a lot of good, especially for people with a disabling condition like depression.

So what about game development? This is another important and interesting aspect to focus on. You see, creative people tend to be more likely to suffer from depression, and that can be utilized to create works of art from paintings, to music, and yes even the development of video games. Indie are given the opportunity to express themselves in their games without restriction, as they don’t have to conform to the standards AAA companies demand. Indie development creates an environment that allows creators, especially those with depression, a wonderful medium to express their creative vision on their own time and in their own way.

Photo courtesy of the documentary film Indie Game: The Movie.

Indie developers as a community are extremely supportive of one and are typically willing to lend a hand if someone is struggling with code, or has become stumped on how to get that texture just right. Many indie developers with severe depression prefer to work alone, as depression is an isolating and one that sadly inspires sufferers to become withdrawn. Yet some of the best indie titles I’ve ever played have been created by a solo developer, which gives me hope that even if my depression stands in the way of networking, I can still create the game I’ve always wanted to create.

Furthermore, the process of creating a game itself is a fantastic way to treat symptoms of depression, because all of a sudden you have something physical and substantial that is yours and yours alone. It is your creation, and even if your depression rears its ugly head and tells you that it isn’t good enough, chances are there’s someone out there who will love your indie game. The act of creating channels those negative thoughts and gives them an outlet. Rather than holding them in, you’re now releasing them and giving yourself a chance to breathe.

Depression, similar to anxiety, often feels like you’re drowning in the darkest pits of the ocean. The pressure of the water all around you crushes your body, you can’t breathe, you can’t speak, everything becomes a dark void of emptiness. Creativity is the hand that reaches down and pulls you up… it’s your life-preserver.

You may still float in the tumultuous waters of depression, and as we stated earlier, there’s no cure for this illness as of yet. However, there are ways to ensure that it doesn’t drown because you are valuable and worthy of the life you’ve been given no matter what your depression may tell you.

My depression is a bully that tells me my writing will never meet a high standard, that I am a terrible scar on the world who isn't worthy of being around others, and that I should just remain hidden away at home alone with the doors locked and the windows slats tightly closed.

It tells me that that is where I belong, and if I’ve learned anything, it’s that depression is a liar.

I've learned this through writing, creating, and playing indie games like Chivalry Medieval Warfare. Over 400 hours of my life have been devoted to that game, 400 hours of happiness and joy.

Playing an indie game like Chivalry offers a virtual respite from an illness that seems intent on never letting go. In Chivalry, I am no longer alone and I am no longer me. I am a knight running around spamming voice commands over and over with dozens of other players. I’ve felt the joy that comes with beating a relaxing game like Abzu, and I’ve felt those depressive thoughts fade into inaudible mutters as I become enraptured in the forward progression and development of a character in games like Journey.

Video games are an escape, whether you play or create them. I know this because I live it, and understand that the fight with depression is not an easy one. You’re constantly at war, sword in hand, each and every day. To aid you in your quest, you can sit down at your computer or on your couch and load up a fun game like Chivalry Medieval Warfare. You can pick a game that calls to you and countless hours romping through much different from your own.

If you want to develop a game, you can challenge yourself to learn a game engine like Unity, and create something you would want to play, a game that may inadvertently help another person suffering from the same ailment. There’s no limit to what games and game creation can do, especially in the indie game scene. Ultimately, distracting your mind by playing or creating a game is a method you can use to temporarily calm depression’s ruthless behavior, and is one that doesn't spout false optimism or tell you to simply cheer up and go outside.

Indie games approach each and every person the same, without false pretense or judgment. You can socialize, explore, and give your mind an outlet that may make all the difference between lying in bed all day feeling like nothing will ever matter again, to teaming up and defeating a boss in a game to the roaring praise of your teammates.

That is why indie will always have a special place in my heart… because they’ve helped heal the parts of me that hurt the most.

For more discussions on the importance of indie games and indie game culture, be sure to read how the indie game It's Okay helps gamers cope with grief, learn about the extraordinary group of people behind The AbleGamers Foundation that aims to improve the lives of people with disabilities through video games, and why four women started a Twitch channel to promote positivity in response to some of the community's negative treatment towards streamers.