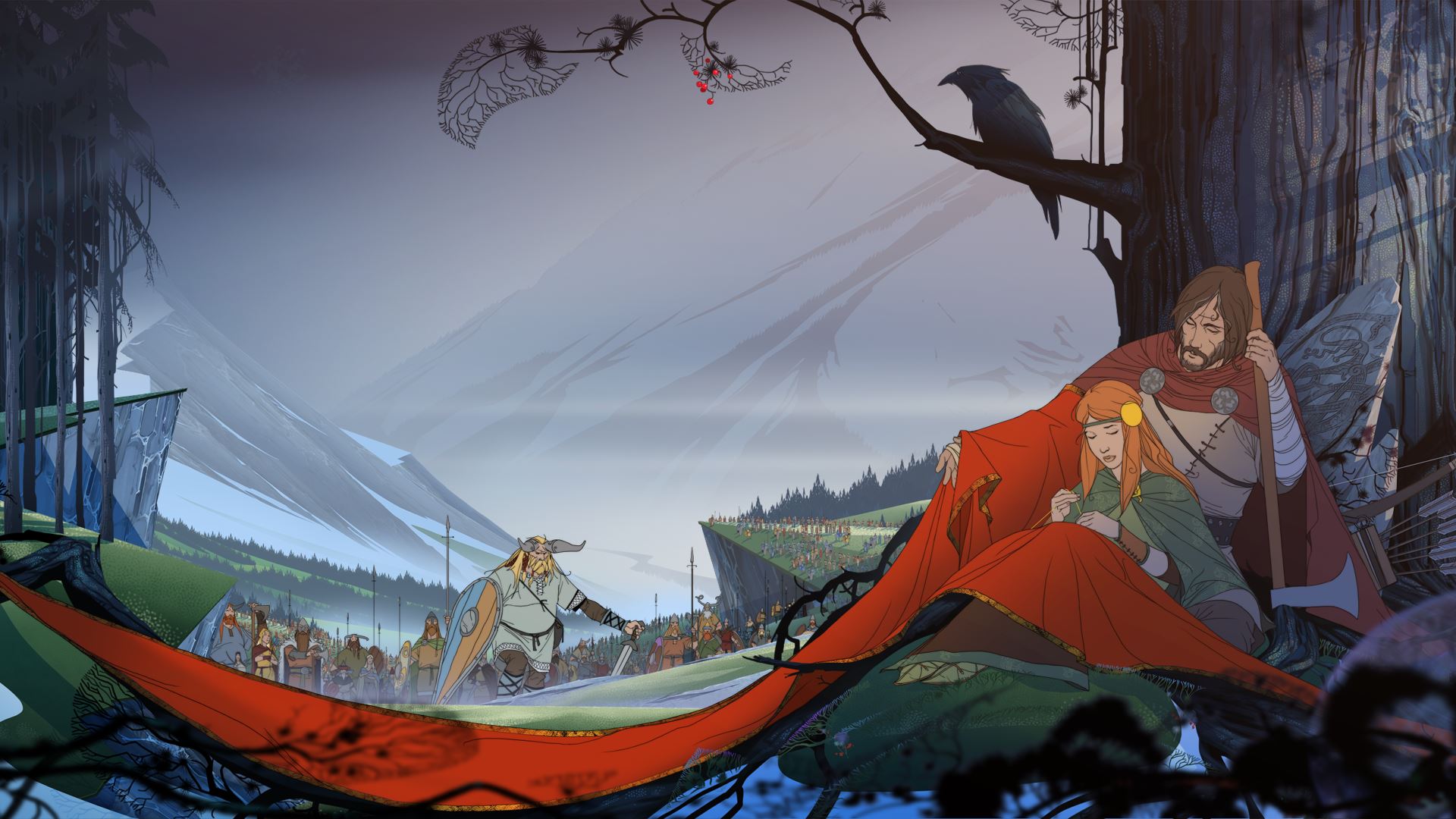 In the early stages of video game development, artists and designers will come together and illustrate the vision of the team as a whole. While the task of coding and adding everything into the game makes up the largest chunk of a game's creative process, the concept and key art act as the very first (and most important) piece of the overall puzzle.

These initial illustrations of a video game are known as "concept art" and are a way to bring a character or landscape to life and to make life a little bit easier for the programmers (rather than having to pull the imagery from their mind and have things get lost in translation). In a similar sense, many of these concept images are used as "key art" which is the image that ends up on the game's packaging, or used as a way to promote the game prior to its release.

Below, we've compiled some of our favorite examples of magical concept and key art that truly showcases games as the they are.

Currently still in the development process, Life of Lon by studio Block Interval is a beautiful game described as a "cerebral journey through time and space" within a gorgeous, foreign landscape. Life of Lon is being developed with a lot of passion behind it when it comes to the game's written content, music, animation, gameplay... and of course, its art. One at the concept art for Life of Lon, and you'll realize why it's an indie title to keep your eye out for! Learn more about the talented team at Block Interval on their official website.

Song of the Deep

Released July of this year, Song of the Deep by developer Insomniac Games totes itself as a video game in which the player controls protagonist Merryn, a 12-year-old girl who crafts a submarine in order to find her father who went missing while fishing. As you can tell from this gorgeous piece of concept art, Song of the Deep is a game where the world found under the sea is seen differently from the perspective of Merryn and holds many secrets. The colors, and mystery surrounding the make Song of the Deep a must-play indie game. Learn more about the development team Insomniac Studios on their official website!

- is an upcoming 2D indie platformer from developer Games. Serving as a callback to classic games like Spyro or Banjo-Kazooie, the colorful art aesthetic of - shines through even in the game's concept art. Visually striking, and blissfully nostalgic, we simply cannot wait to play - for ourselves once it releases in March of 2017! Learn more about developer Games on their official website.

Rabbit Heart by developer Viktor Sapatšuk is a game that never seemed to have fully launched. There isn't much known about the game online, other than its absolutely gorgeous concept art and design idea. Online sources still cite the game as a work-in-progress so there's hope that in the future we may see this beautiful game fully realized, but until then, you can learn more about the game on Rabbit Heart's official website.

Ori and the Blind Forest

While this may come as a surprise, the above piece of art is not a screenshot from the game and is actually early concept art for the popular platformer Ori and the Blind Forest. Mirroring the game with perfect clarity, the developers over at Moon Studios fully realized their vision when it came to creating Ori. We can't help but marvel at the design, eerily reminiscent of Studio Ghibli's film Princess Mononoke, and tip our hats to the entire development team for bringing this game to life! Learn more about Ori and the Blind Forest on the game's official website.

The chilly survival game, The Long Dark, by developer Hinterland is a game where you're tasked with wandering a harsh frozen wilderness alone. The game can be both relaxing, and challenging as you scavenge your way to survival. Not only are the game's graphics incredible, but so is the early concept art. To be honest, we really want this image hanging on our wall as a poster! Be sure to learn more about the team responsible checking out Hinterland's official website.

The Vanishing of Ethan Carter

The Vanishing of Ethan Carter by developer The Astronauts is a game that is one often referenced as "wallpaper fuel" due to how many breathtaking vistas the game contains. While the game's mystery and unique way in which you work to solve it is amazing in itself, there's no denying the art style of the game is one of the best we've seen in years. It was hard to choose just one image, but we loved the way the sun's rays gently filter through the autumn leaves in this one. Learn more about developer The Astronauts on their official website.

Love it or hate it, No Man's Sky by developer Hello Games boasted one hell of a concept/key art image for the game. The image above is what we're sure many gamers hoped the game would be with crazy animals, vibrant worlds, and other players zooming by overhead. While this wasn't the game we ended up with, our hearts are still fond of this image, and the dream behind it. Learn more about Leading Light Design who handled the concept art for No Man's Sky.

Last, but certainly not least, we come to an image that may feel familiar to you as it's related to the main image for this article. The Banner Saga by developer Stoic and its corresponding sequel remain our list of favorites to this day. The Viking saga is spearheaded by its incredible art both within the game, and concept art as seen above. While the top-down gameplay of The Banner Saga won't give you the same feeling in your chest as this image above, the story and experience are well worth a game purchase! We highly recommend checking out Stoic's official website for more info on the game and its art direction.

For more magical indie game features here at Indie Obscura, be sure to check out the 6 awesome indie games we can't wait for, a closer look at the unique art style in Studio MDHR's Cuphead, and the man behind Hotline Miami's key art El Huervo!