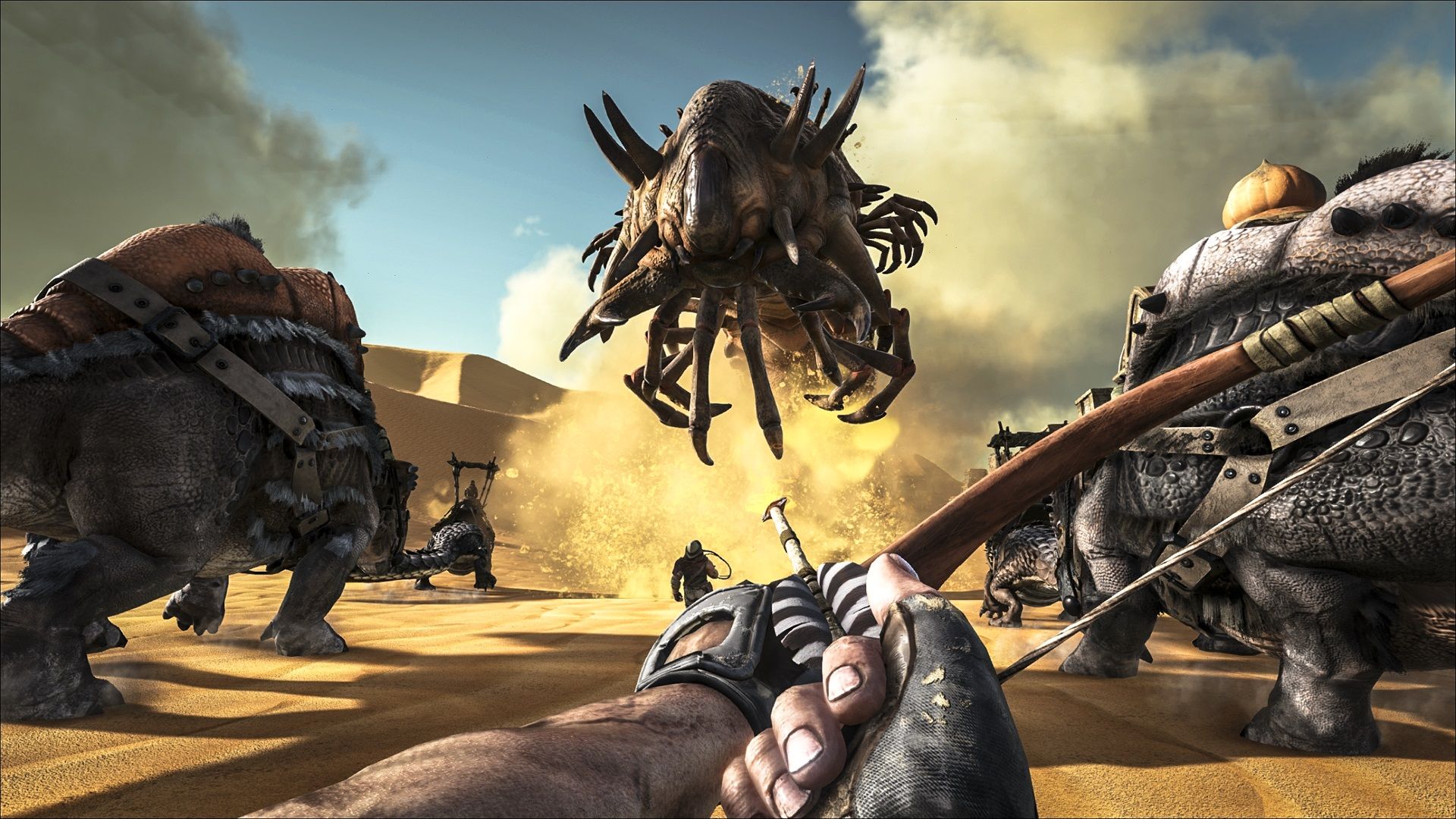 In the Scorched Earth DLC, players can explore the strange desert island which is brutally hot, and water is scarce. There are also hidden clues regarding Ark’s lore in Scorched Earth, as well as 50 new items to craft and brand new creatures to interact with. For example, there is a new dragon-like creature called a Wyvern. Apparently, taming Wyverns is extremely tricky… and dangerous, as there are three different ways they can harm you based on their variety (lightning, and poison).

Finally, the expansion has successfully doubled the size of Ark’s in-game realm. At this point in time, Ark: Survival Evolved is still in Early Access and isn’t slated to launch until later in the year. The Scorched Earth DLC expansion costs a $20 and is available for both PC and Xbox One. To explore the Scorched Earth realm, you will need to have purchased the base game, which will run you $30 on Steam unless you catch it on sale.

Essentially, if you buy both the game and the Scorched Earth DLC you’ll be spending $50 but if you love dinosaurs, Ark: Survival Evolved is certainly a fun and exciting title!

For more indie game news here at Indie Obscura, be sure to check out September's PlayStation Plus indie lineup, why HTC invested millions in the indie VR startup company Steel Wool, and how the popular game EVE Online is now offering a free-to-play option!