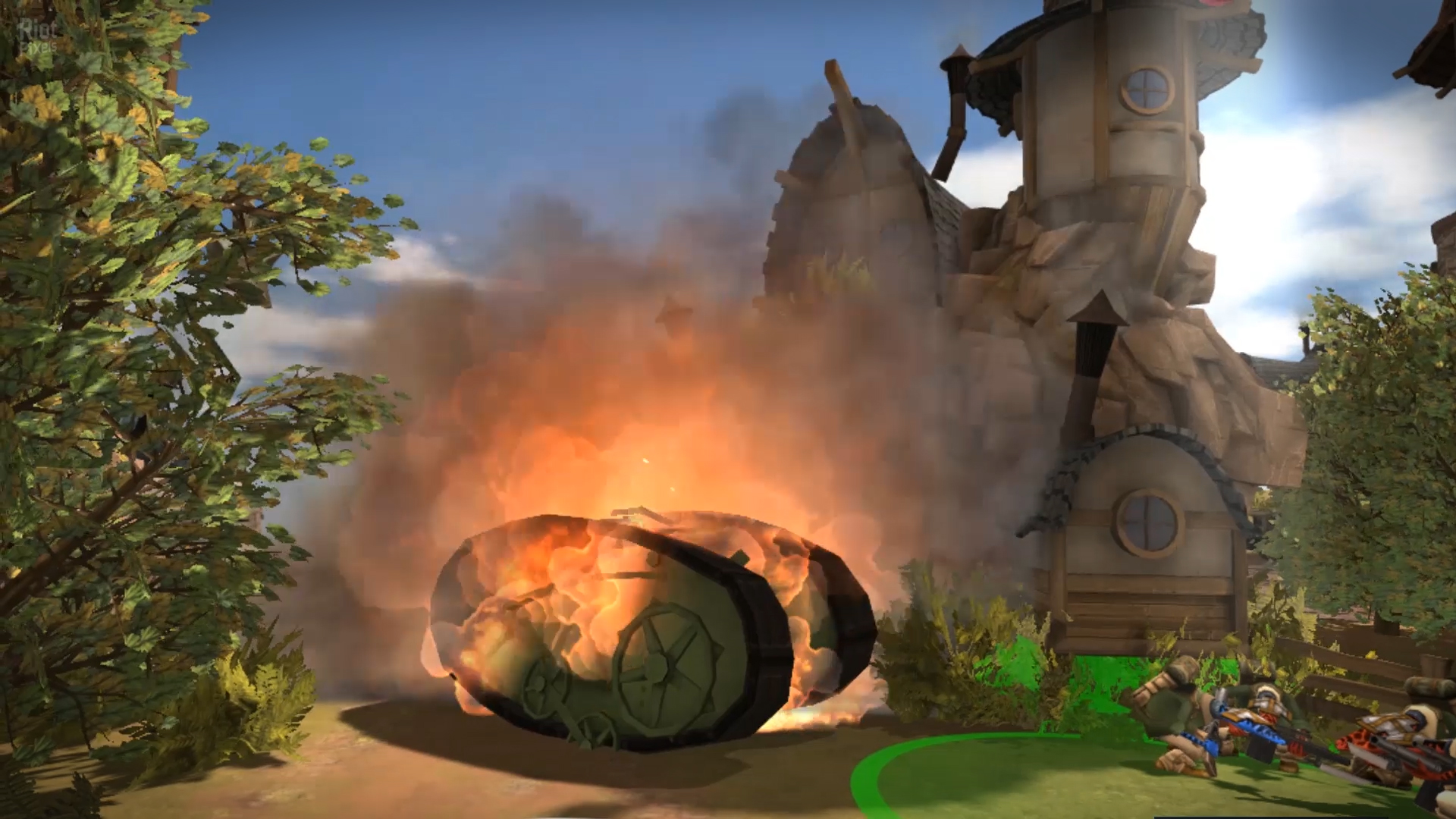 With the popularity of VR gaming continue to rise, more companies are being created to supply games for both the HTC and the Oculus Rift. Many of these companies are indie companies, and even though they may be backed by impressive talent (Rick and Morty co-creator Justin Roiland recently created Squanchtendo), the truth of the matter is that these companies are still categorized as indie.

This creates a unique challenge when it comes to funding the creation and development of high-quality VR games. However, HTC took note of one particular indie startup company and decided to step in and invest $5 million dollars to support it. The company in question is Steel Wool Games, which was founded by five talented artists specializing in animation (many of them Pixar veterans) based out of Oakland, CA. Something to note is that Oakland is located smack next to San Francisco, as well as the booming technology hub that is the Silicon Valley.

Boasting over 60 years of collective animation experience, in addition to being located in one of the biggest technology hotspots in America, it’s not hard to see why HTC donated as much as they did to Steel Wool. Recently, the CEO over at HTC released a statement about why they’ve taken such an interest in Steel Wool:

“The Steel Wool Studios team carries an impressive pedigree of creative talent that has already proven its ability to build cutting-edge content for the nascent VR category. Taking a look at Mars Odyssey and Steel Wool’s other projects under development, it’s immediately clear that this studio will drive VR adoption with great content that balances amazing visual fidelity with strong storytelling.”

Steel Wool Games does have a history working with the HTC , despite the team's initial focus on creating games for mobile. It was only after the founders paid a visit to Valve's headquarters up in Washington that the studio began playing around with early VR prototypes (specifically the HTC Vive). The studio began with a focus on mobile gaming, but after the founders visited the Valve's headquarters up in Washington, VR prototypes (specifically the HTC ) piqued their interests. Steel Wool released the VR strategy game Quar: Battle for Gate 18 at the same time the launched in April of this year.

The game has been received positively by players, with Steam users praising the game's smooth locomotion and signature art style. Steel Wool is set to release their second VR title, Mars Odyssey for Steam on September 9th. Steel Wool will continue to develop games for VR, and despite the donation from HTC, the founders have publically stated that they will continue to develop games for other VR platforms including the Oculus Rift the upcoming PlayStation VR headset.

To check out some of the games Steel Wool has developed and to learn more about the company, be sure to head over to Steel Wool Games’ official website and check out the brand new preview of Mars Odyssey below!

For more indie game news here at Indie Obscura, be sure to check out how Rick and Morty co-creator Justin Roiland is launching his own VR company Squanchtendo, the upcoming Rick and Morty VR game in development by Owlchemy Labs, and learn more about one of our favorite VR games Audioshield by Dylan Fitterer in our preview of the game.