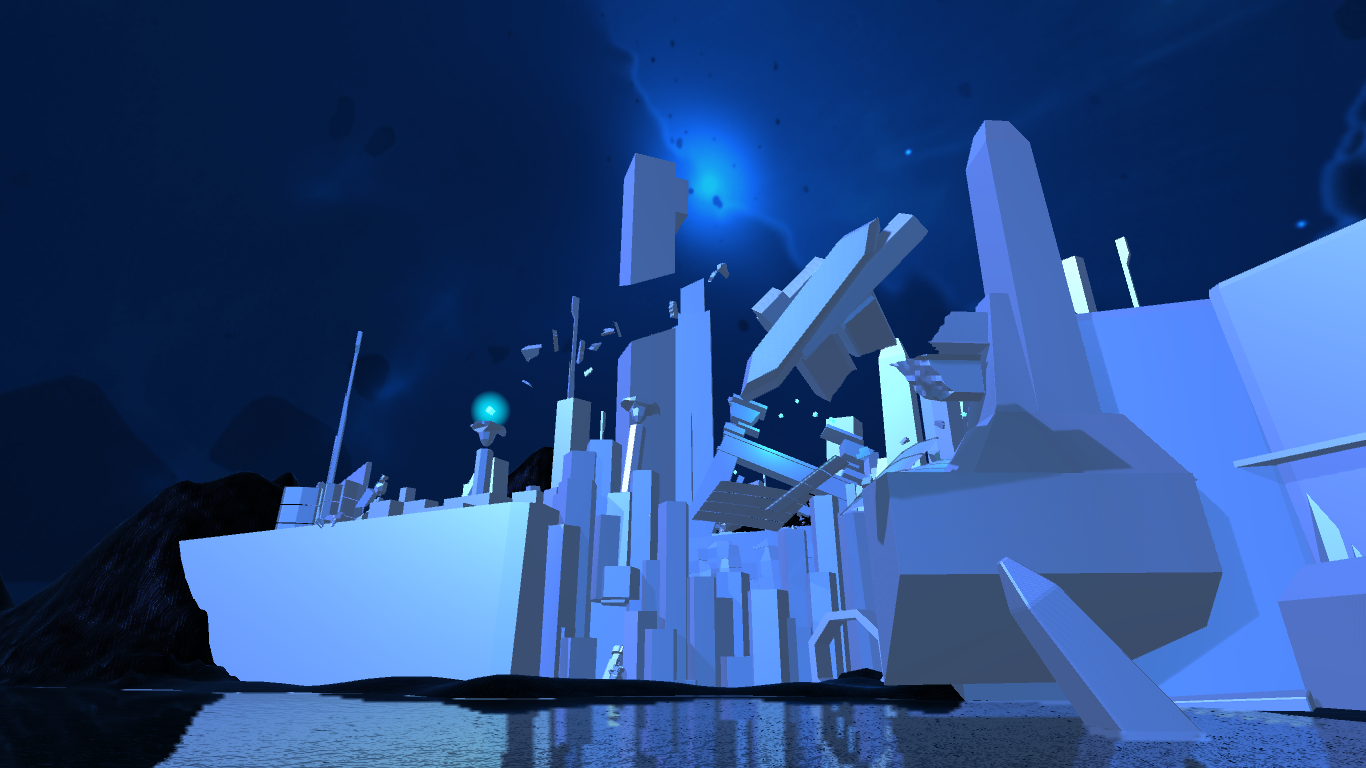 The video game industry often gets a bad rap, with the media specifically honing their focus in on violent games. This has lead to constant debates taking place over whether or not video games promote violent behavior in response. Gamers as a community will collectively tell you that this couldn’t be farther from the truth, yet somehow this stereotype persists. Recently, I discovered a studio that is the complete antithesis of this stigma and are a shining example of how the gaming community can be a beautiful and artistic place.

The indie studio in question, Offensive Magenta Games, has decided to highlight another facet of gaming that is often overlooked… empathy. Feelings of empathy are often found in narrative games like Dear Esther or That Dragon, Cancer, which are created with the goal of sharing a story and invoking an emotional response from the player. Games with a high emphasis on story and emotion are not as prevalent as they should be, yet they are undoubtedly one of the most important.

Offensive Magenta Games have developed two narrative games, both of which expertly highlight the genre in beautiful new ways. Offensive Magenta Games was founded in 2016 when three college students came together after meeting during a course in game design at the University of Edinburgh. The indie development team consists of Saran Walker, Nick Cole-Hamilton, and Scott D’Arcy, with all three lending their talents to each game while actively supporting one another through the learning curve of game design. For example, their game Selene was Offensive Magenta’s first foray into game development, and as such, the trio had to learn as they went along.

In our recent interview with Saran Walker, she talks about the process of becoming more comfortable with the Unity engine, and how learning code was an intriguing and enjoyable experience. One thing I really enjoyed about Offensive Magenta, and Saran as a developer, is that we both share a love of writing with Saran having received her B.A. in Creative Writing at Willamette University. Her written talents are embedded throughout Offensive Magenta's games and is something that truly sets the studio apart.

Both of Offensive Magenta’s games take their inspiration from the written realm with Selene’s city based off of Italo Calvino’s novel “Invisible Cities,” and their most-recent game, Looking Back, inspired by the Greek myth of Orpheus and Eurydice. For those unfamiliar with the story, Orpheus is the son of Apollo and was extremely talented when it came to playing music on the Lyre. Orpheus fell madly in love with Eurydice, and after her untimely death, he decides to embark upon a quest to bring her back to life by descending down into the Underworld.

In Looking Back, Offensive Magenta channels this tragic tale in a more modern way by focusing on the two protagonists Olivia and Erin. In our interview, Saran notes that the character names were certainly chosen based upon the Greek myth as Olivia, a traveling musician, is stricken by grief after the tragic death of her girlfriend Erin. In the game, players are able to explore Olivia’s memories of her relationship with Erin, which helps the player empathize with Olivia’s plight. Furthermore, by experiencing Olivia's sorrow from her perspective, players are able to truly understand the reasoning behind her eventual decision to journey down into the Underworld in an attempt to bring Erin back.

Looking Back affected me so much that I had to reach out to Saran in order to learn more about the game's creation. The expert blend of storytelling within the game is inspirational, especially for someone like me who grew up with aspirations of telling stories in new and unconventional ways.

Saran and I talked at length about the potential video games have to give players a singularly unique storytelling experience, while also mentioning a few of our personal favorites. After hearing Saran’s journey in learning game development and code via Unity, to my experiences playing both Looking Back and Selene, I am convinced that game development is a direction I would love to explore in the future with my own stories.

The intelligence with which Saran and her team imbue upon their games is something to be admired, as they transcend beyond games and become emotional experiences. You truly feel for Olivia in Looking Back, and are filled with wonder as you explore the realm of Selene. Video games are, above anything else, an artform. So to answer the question of whether or not games create empathy per Saran’s college dissertation, I can answer with a resounding "yes" after playing a game as beautiful as Looking Back.

Be sure to watch the entire interview with Saran at the beginning of this article to learn more about Offensive Magenta Games, Looking Back, and the indie development process as a whole. It’s always better to hear these things from the creators themselves, and I had an absolute blast chatting with Saran. You can also check out Offensive Magenta Games’ official website to learn more about the trio, and view their page on Game Jolt to play through both Looking Back and Selene. We guarantee you’ll enjoy both games!

For more opinion pieces on indie games and their development be sure to read through how the indie game It's Okay by Clementia helped us cope with grief, our experiences in the heartbreaking game That Dragon, Cancer where one family copes with their son's cancer diagnosis, and the uplifting story of how four women created the Twitch channel Misscliks to combat negativity and harassment, as well as to offer gamers a more welcoming place to hang out and enjoy games!