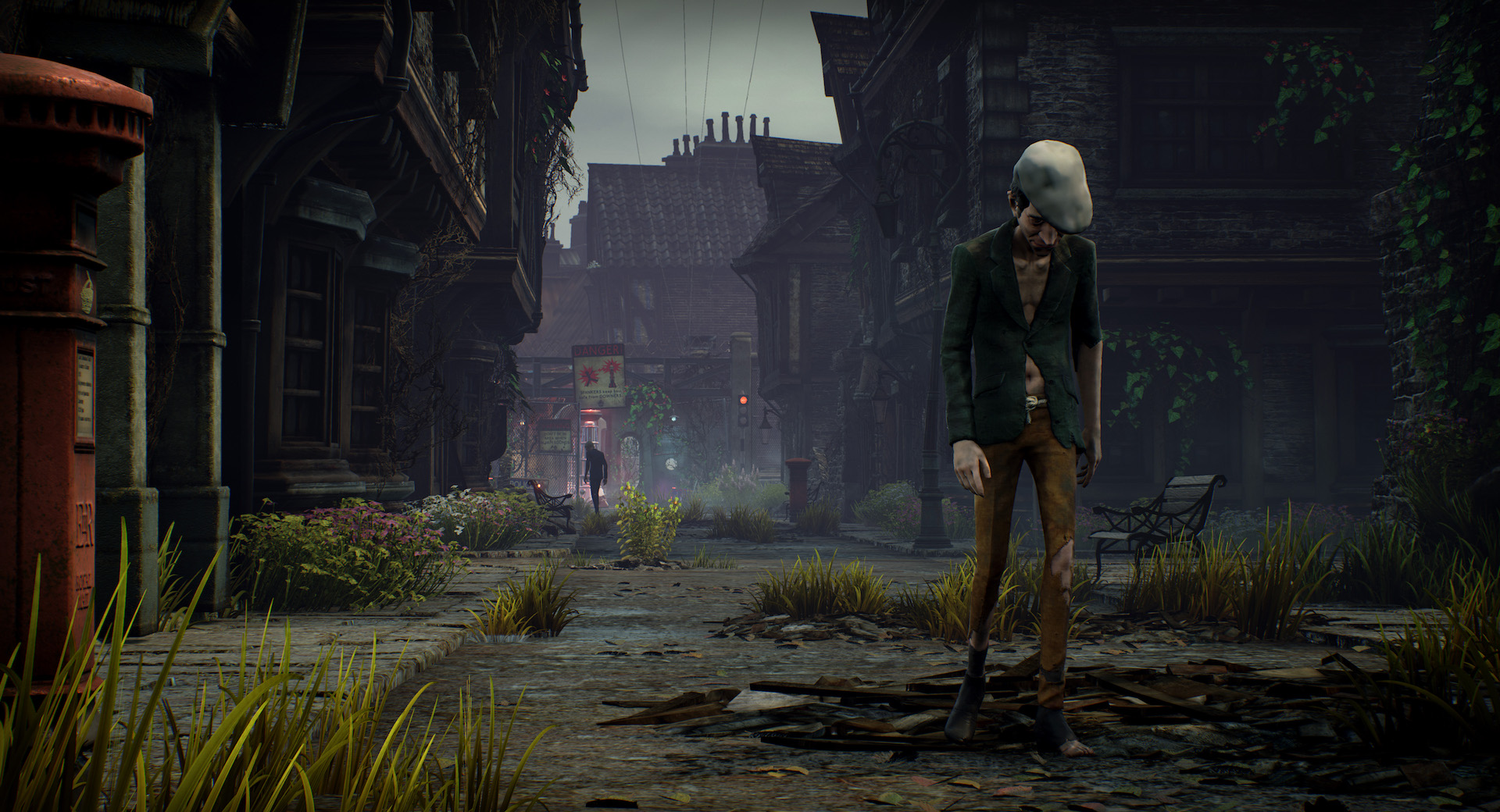 In We Happy Few Joy Is Only A Pill Away

We Happy Few is a retrofuturistic adventure by Compulsion Games that infuses a British film style dystopia with the bubbly atmosphere of the 1960s. The game’s story takes place in the city of Wellington Wells, and all of its inhabitants seem to be living in a complete state of delusional happiness. This delusion is fueled by a scarlet little pill called Joy which can be described as an antidepressant of sorts which takes our version of psychiatric treatment to alarming new heights.

Joy recreates the world around you, creating a false, borderline make-believe sense of happiness. It’s a response to a harrowing event that the people of Wellington are desperately trying to forget but in return, the real world around them seems to be decomposing from the inside out. It casts a new lens on the dystopian theme we’ve become accustomed to seeing in works such as A Handmaid’s Tale, Brave New World, and 1984.

In our interview with Whitney Clayton, the art director of We Happy Few, we asked her what inspired some of the unique concepts behind the game. She describes some of the ideas that led her and creative director, Guillaume Provost, to what they feel We Happy Few aims to be.

“Guillaume wanted to do a roguelike survival in an alternate history, in a dystopian and we didn’t want to do cliche dystopian, like a drab dystopian. Guillaume then had the suggestion of making a dystopia where everyone is happy and they’re forced to be happy.”

We see this concept boldly translate in the preview of We Happy Few, where we meet Arthur, the protagonist who’s merrily attending to his work in what looks to be a very bright and polished office. We watch as he pushes newspaper articles, either marking them as approved or censoring them if he deems the article too depressing. One seems to send him hurtling back into he’s long since suppressed.

He’s experiencing what looks to be some kind of post-traumatic stress, thus prompting you with the option to take Joy or decline it. Regardless of your choice, you begin to see the world around you for what it truly is. Once you decline your Joy, you’re considered a threat to those around you. You’re now a “Downer” with a target on your back.

It’s then that the objective is set, which is to do your best to hide in plain site from the people around you. We Happy Few is currently in Early Access, which means you can buy the game now and play it as it develops. Reviews for the game has been overwhelmingly positive and we at Indie Obscura can safely say that we look forward to the full release.

If you’d like to check out a preview of the game you can buy We Happy Few on Steam, or hang out with the Indie Obscura gang! Below, watch as we check out We Happy Few on Twitch after sharing some indie news and review trailers before delving into the decaying realm of Wellington Wells!

For more interesting reads on Indie Obscura, be sure to read up on why we’re excited about ThirtyThree’s upcoming title RunGunJumpGun, check out the best video game covers of all time featuring eleven talented and read up on Kickstarter game Allison Road’s revival.