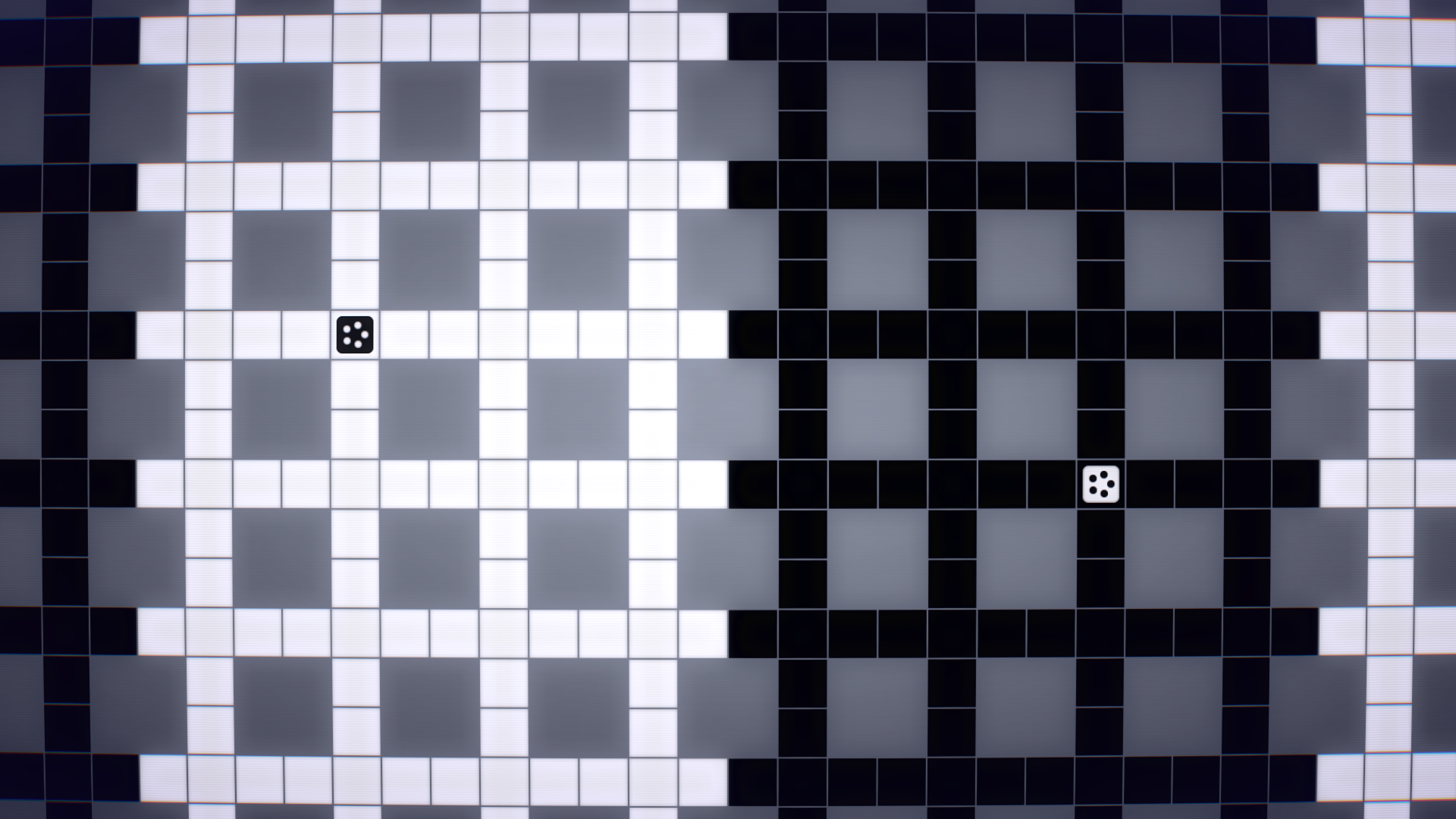 In Inversus, you play as a small block (either black or white) and must navigate various grid-based maps. Aside from moving, the only other action you can perform is shooting large bullets that destroy any enemies they hit, but also serve another important function. In a typical Inversus map, all of the map’s movement tiles are also colored either white or black, and you can only move across tiles that are the opposite color of your square (for example, black square players can only move across white tiles).

Shooting a bullet not only destroys targets, it also changes the color of any tiles it travels across to the color you can move through, opening up new movement paths. In addition, if you’re quick and crafty, potentially even cutting off/trapping your opponent. Inversus sports an arcade mode which can be played in both single-player and co-op variants, as well as both local and online competitive multiplayer for up to four players.

The game is available now for both PlayStation 4 and PC. For more information on Inversus, be sure to check out our exclusive interview with Ryan Juckett of Hypersect .

For more on the latest Indie Obscura news coverage, learn more about No Man’s Sky’s first post-launch patch, how the indie roguelike game Below has been delayed indefinitely, and the upcoming console release of the Norse mythology game Jotun.