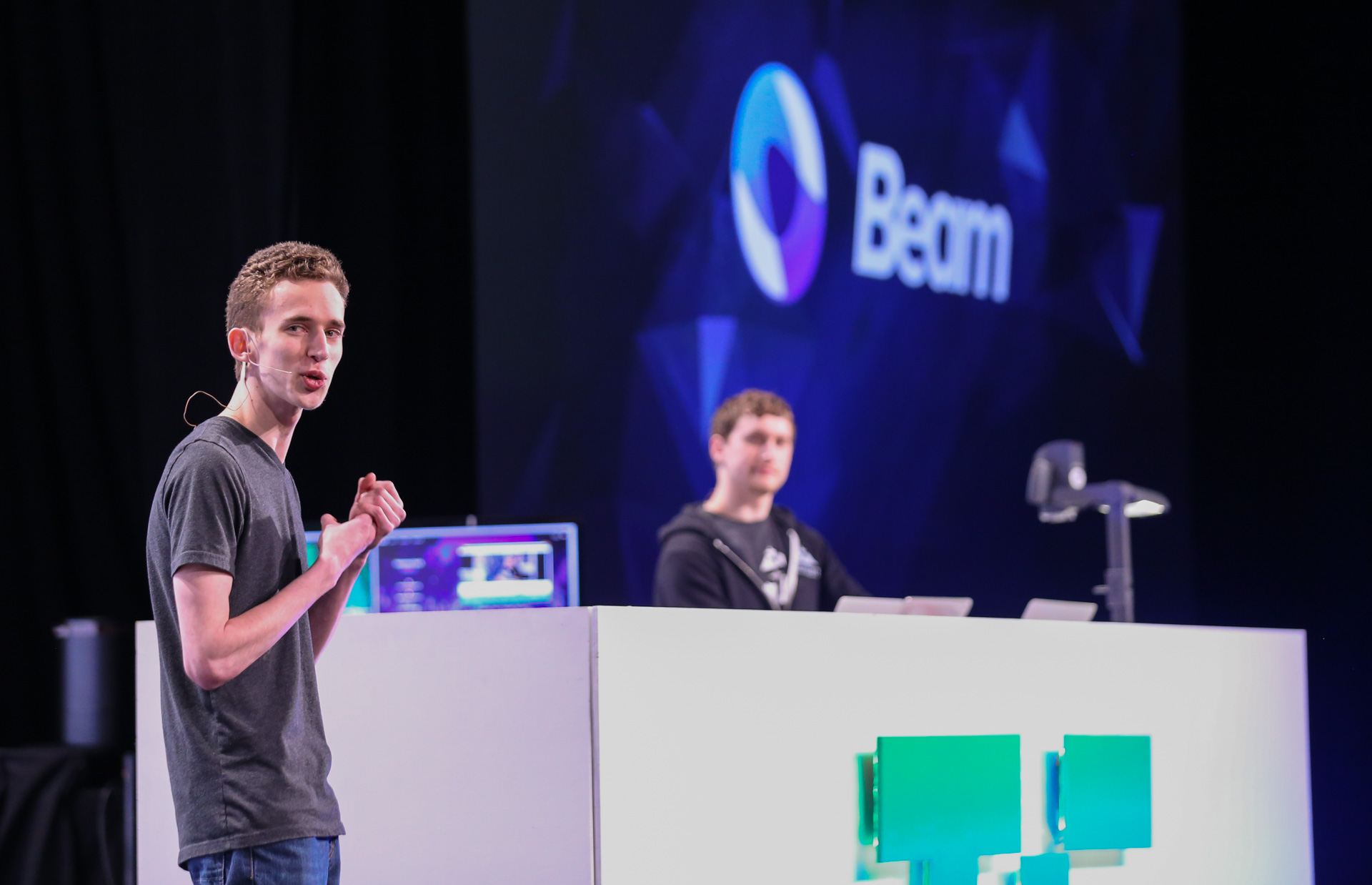 18-year-old gamers and entrepreneurs Matt Salsamendi and his friend James Boehm are the of Extraordinary Gamers this week after their startup, Beam Interactive, was acquired by Microsoft earlier this month. Their success is remarkably impressive for two reasons, one being attributed to their young age, and the other for their ingenious solution to interactive .

Salsamendi and Boehm began their pursuit at the early age of 14 with a video game server called MCProHosting which is now the leading game server provider, boasting over 600,000 clients to date. But the tech savvy twosome didn’t stop there. With many successful business ventures under their belts, they aimed to tackle something much larger and more meaningful that would make a lasting imprint on the gaming industry.

Broadcasting was on the rise, and despite its popularity, there were still obvious improvements that could be made to the experience, especially in regards to interactivity between streamers and their viewers. It was then that Matt and James realized their goal. They would embark on an endeavor that would provide an environment that allowed for more collaboration among broadcasters and their viewers. This endeavor was called Beam Interactive and it was going to revolutionize interactive .

“I vividly remember many of the hundreds of late nights that were spent. Hundreds of thousands of lines of code written.

Millions of hours of streams during beta. All with the goal of connecting broadcasters to their communities in ways that were never possible before.”

Beam is a streaming service similar to Twitch but differs in that it integrates seamless crowd interaction in real time. In addition, Beam allows for viewers to participate in aspects of the broadcaster’s gaming experience. In Matt Salsamendi’s presentation at TechCrunch Disrupt, he showed a video that demonstrated just how seamless and interactive Beam can be. As a viewer, you gain XP while the broadcaster plays, once you’ve gained enough XP you can use it to manipulate certain facets of gameplay.

A broadcaster playing Minecraft can be awarded potions, enchantments, and zombies from their watchers. Broadcasters can also host an autonomous stream which allows the viewers to band together and take complete control of the game. It’s reminiscent of the social experiment that took place on Twitch two years ago by the name of TwitchPlaysPokemon, but what separates Beam from its competitors is that their streams have zero .

You may be asking yourself, how much of a difference does this make in the streaming experience? In May 2016, Salsamendi reported that Beam’s users spend up to 3 hours on average per session, while Twitch reports users spend an average of 1 hour and 46 minutes. While these statistics are incomparable, they do make one thing clear. People are spending longer amounts of time on Beam, which makes sense. Gamers crave a place where they can play, watch and interact with other people. In other words, a social network built exclusively for gamers. Beam effectively tackles this craving bringing a dynamic social experience to the forefront.

Some people do it to get tips and improve their own gameplay, others just want to see great gamers doing their stuff, but a surprising amount of viewers watch stream gameplay for the social experience.”

If you take a closer look at the gaming communities on Twitch and YouTube, you’ll notice how connected viewers are to the people they watch and vice versa. YouTube and Twitch streamers will reach out to their communities, asking them for feedback and their watchers reply enthusiastically. Streaming is taking entertainment to new heights, allowing fans to hang out with their favorite personalities as they play their favorite games, and Beam brilliantly allows for the viewers to play the game alongside them.

What’s in the future for Beam Interactive now that funding, and marketing are no longer their biggest adversaries? Salsamendi assures the Beam community that they have no plans on changing their direction in a blog post he wrote earlier this month. He does promise “...awesome new features, epic interactive game integrations and a huge influx of new community members.” Their website features a roadmap of features they have planned for the future that includes co-streaming, voice-chat commands, chat polls, and built-in raiding/hosting. Be sure to check out their website and try your hand at one of their interactive streams!

We at Indie Obscura want to congratulate Matt and his team on their success and wish them all the best with their acquisition with Microsoft. Beam website!

For more amazing gaming related content on Indie Obscura sure to read our interview with the two-man development team Clementia about their game It's Okay. Beware of spoilers, as we cover unexpected twists in games that will surprise you! While you're at it, try your hand at the Name That Game screenshot quiz.