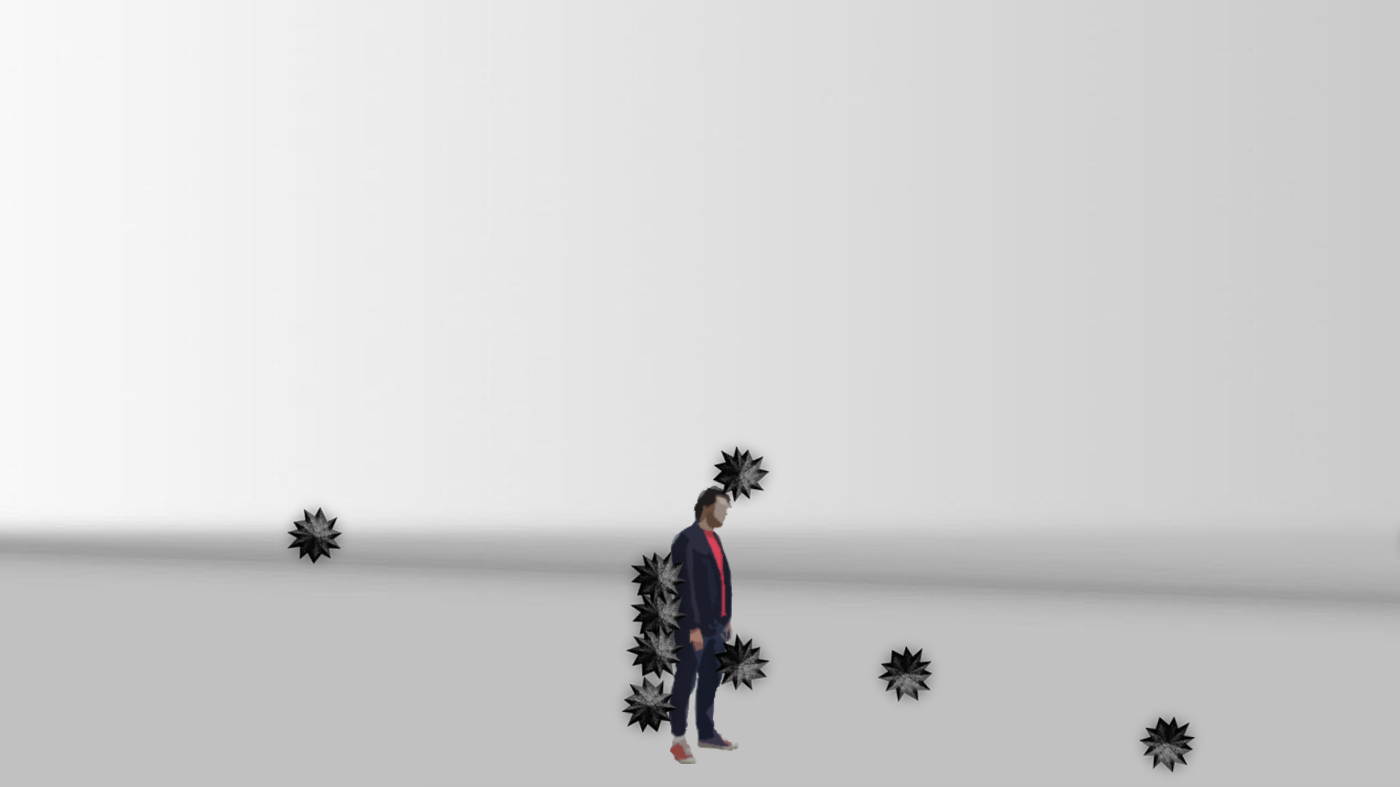 Indie Game It's Okay Helps Us Cope with Grief

We interview the creators of RunGunJumpGun to learn more about their brutally difficult platformer.

Imagine you've just lost someone close to you. It doesn’t have to be a family member. It could be a friend or even a pet you loved that pulled you through tough times. How do you handle the process of grief once they’re gone?  In the game, It’s Okay, developer Clementia shares the thoughts that went through his mind the day his mother died, in order to help others through the grieving process. It's Okay was made over the course of three days for the Serenity Forge Game Jam, and while the story itself revolves around a singular person, the game was made in cooperation between two developers.

Capturing his experience in a video game makes sense, as he describes the overwhelming guilt he felt upon the realization that the day his mother passed away, he was playing Street Fighter. Instead of being an emotional wreck, he dove into the world of games because he simply couldn’t bear to think about it. He needed an escape, to run away from the reality in which his mother was no longer alive. Each emotion that steadily piles on top of him is represented in the game as spiked black balls, clinging to him, and dragging him down.

We have this preconceived notion of how we should react when a loved one passes away, yet in reality, we don’t all cope in the same way. It's easy to focus in on your response, to feel self-loathing at the thought of not mourning their loss "correctly" or "respectfully."

The game acts as a reminder that the process of coping, however you go about it, is alright. It's okay. Ultimately, his mom would have wanted him to find the strength to reach out and pull himself back up again. Undoubtedly if you've lost someone, know that he or she would want the same for you as well.

The ending of It's Okay includes snippets of text from other people who went or are currently going through the grieving process. In these messages, they describe their different methods of coping, and emphasize the importance of communication. They encourage you to reach out to those around you, that you are not alone, and to remember that life gets better.

These messages, and the game’s overarching story, overwhelmed me. To be honest, the game is one of the first that ever made me truly cry (with the exception of That Dragon, Cancer). I think the main reason was because I felt so connected to the developer's situation, and never managed to fully fend off those negative spheres clinging to me.

Clementia's narrative in It's Okay reminded me of the day I found out my good friend from college had passed. I hadn’t spoken to him nearly as often as I should have, and learned of his death only a week after I moved from California to New Jersey. Some things never get easier, and being unable to attend his funeral because I was 3,000 miles away tore me up inside. I felt selfish, guilty and ashamed. When the developer walks past the word "disrespectful" that truly embodied how I felt during that time.

I felt like being so far away from my friends, unable to show them my support, was disrespectful. At the local college, they decorated the chair he always sat in with a multitude of his favorite things, like energy drinks, candy, and Magic the Gathering cards. By the time they finished, every square inch of that chair was covered. It was both a touching tribute, and painful at the same time. Because I wasn't there. Whereas the developer found solace in games, I found mine focusing on my new life here on the east coast.

To this day, I'll never forget the moment I found out. I was at a restaurant, simultaneously browsing Facebook and eating a sandwich. When I started to see post after post about his death, my mind completely shut down. I ate slower and scrolled faster, and when my mind finally connected to the reality of the situation, I fell apart and started crying. How could I be all the way across the country eating profanity here) sandwich when one of the most incredible individuals I had ever known died in his 30s?

My friend Tyrone was a beacon of light, a person who pulled you in and made you feel happy and welcome no matter the circumstances. Despite the dark pit of depression I frequently sank in, he was always there to pull me out and crush me in a back-breaking hug. It didn’t matter that I was sad because he was always there, smiling and full of joy.

Guilt is an easy emotion to feel after someone you care about passes away. For whatever reason, you find a way to feel at fault. You weren’t there, or you were thinking about the wrong things at the time. It's hard to move your feet forward when days prior everything was normal, and then all of a sudden, it's not.

Yet the pain does start to subside as you put one foot in front of the other, and somehow you realize that it’s okay. It’s okay to grieve, and it’s okay to endure those negative human emotions. To quote the game: “It’s not something you can snap your fingers and fix, as much as we’d all like it to be that way.”

At the end, the game shows the developer fending off negative spheres as walks, and his final message of how he finally pulled through is perhaps the most important of all: “I talked like I’m talking now. With help, I stood up again. I knew my mother would have wanted me to. I knew that people needed me. I knew I had to keep moving forward, for myself.”

Over two years have passed since the death of my friend. Two years of wanting to talk, yet feeling unworthy to even mention his name. I waded through those dark emotions alongside the developer. Revisited the two-year certitude that I was a bad friend because I wasn't because I didn't say goodbye when I hopped on that plane. Yet the process of simply talking about it like I am now, of reliving it right alongside the developer, has become a cathartic process. A healing process.

The game It’s Okay is significant because it hits so close to home for so many people. You walk alongside Clementia and feel the pain in his voice as you take in the game's impressive visual representations that mirror every nuance of the grieving process. You feel the pain of his loss and the associated guilt. You watch helplessly as the negativity seeps in and sticks to him like a magnet, wishing you could reach out and brush it all away.

Then... you see him get back up, walk forward and fend away those emotions. The game sends the important message that your loss and your grief do not have to destroy because you are not alone. No matter what you may feel, always know that it’s okay.

We highly recommend taking a few minutes to experience It's Okay by Clementia for free on Game Jolt.

For another highly important indie game we recommend playing, please check out That Dragon, Cancer, a game that follows a family as they cope with their infant son's terminal cancer diagnosis.