Indie Game It's Okay Helps Us Cope with Grief

How one man's story left a lasting impact on hundreds of gamers. 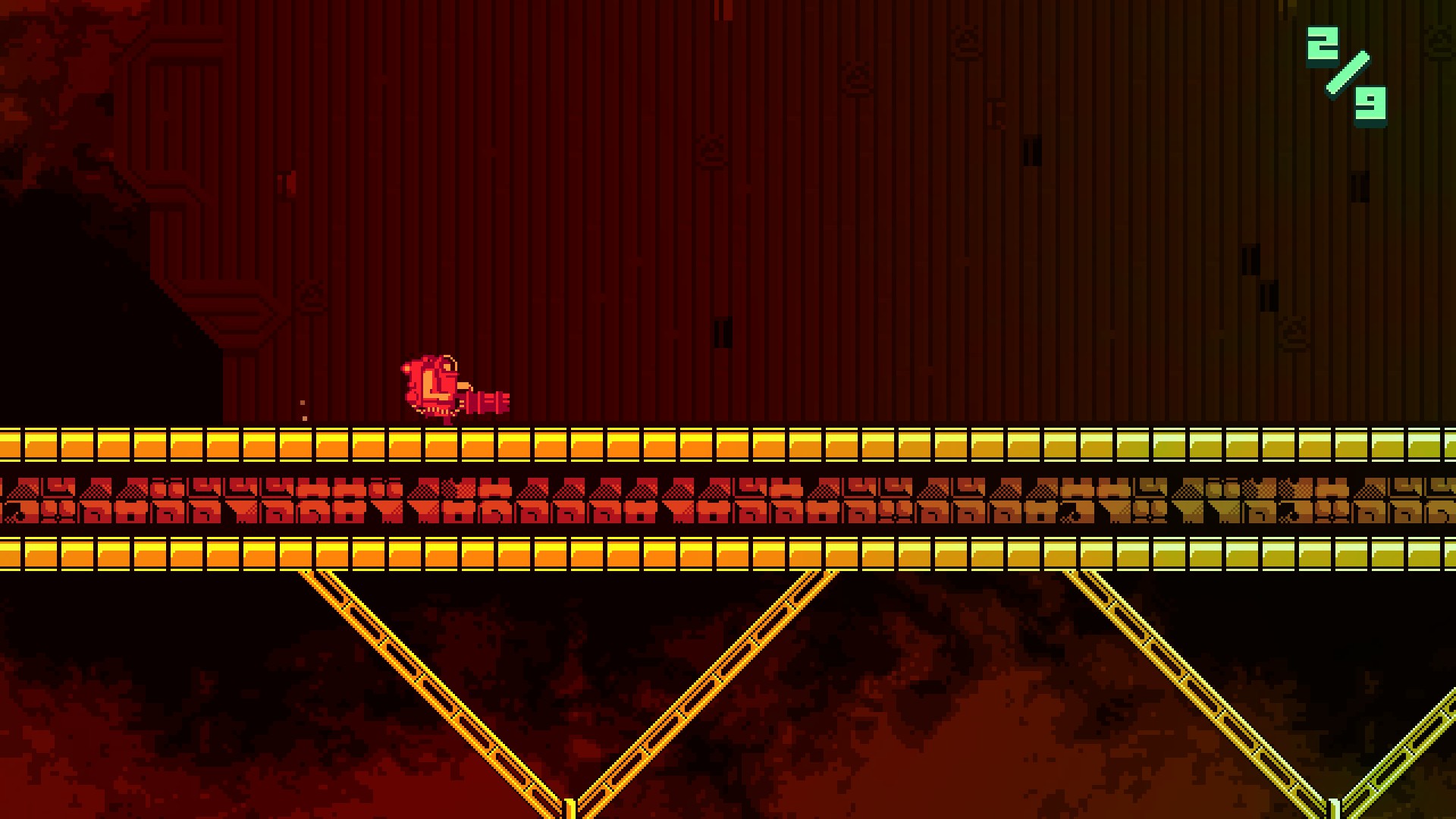 The Most Terrifying Video Game Enemies Of All Time

These terrifying antagonists will have you sleeping with one eye open.

Indie Obscura recently had the opportunity to chat with the developers at ThirtyThree Studios about their upcoming indie title, RunGunJumpGun. The game, which is set to release on August 31st, is an incredibly difficult sci-fi platformer, where the goal is to navigate through hundreds of different and challenging levels as you collect Atomiks, glowing space minerals strewn throughout each map. To accomplish this tricky task, you receive a giant gun that both propels you forward and also lets you obliterate the many hazards you encounter.

To get a better idea of how the game conceptualized and developed, we spoke with Jordan Bloeman (writer/composer), Matt Satch (artist), and Logan Gilmore (programmer).

Coming up with the Concept for RunGunJumpGun

After learning that RunGunJumpGun was essentially born from the idea of giving their coworkers at Sticks and Stones a nice send-off, Jordan and Matt began to flesh out the concept behind the game in more detail while sitting in Matt's basement.

Jordan: “So Matt’s saying, let’s just make a run-and-shooty game. I had this feeling that there are a billion of those and they’re all the same, so let’s make something that’s a little bit stupider than that. Matt says, what if when you shoot down, you fly, and it’s like a helicopter game like Flappy Bird? I was like, yes, let’s do it!”

RunGunJumpGun eventually began to take on its own unique characteristics, one of which is a high level of difficulty vaguely reminiscent of titles like Super Meat Boy. At first, the developers didn’t even realize that was the direction they were headed in RunGunJumpGun. However, they decided to incorporate it as one of the game's main staples.

Jordan: “We basically took the pulsing art of Hotline Miami that we love and said, let’s make something that’s fast and hard and colorful.”

The Tricky Mechanics of RunGunJumpGun

What makes RunGunJumpGun’s difficulty even more interesting is the fact that there are only two keys required to play the game, L-Shift and R-Shift. Yet somehow, despite the simple button configuration, RunGunJumpGun finds countless ways to challenge you as you progress. You’ll run into spiked ceilings, skirt through flaming fireballs, and even find yourself chopped by a flying buzz saw.

Logan: “There’s a button to shoot forward and a button to shoot down. When you’re shooting down, you’re flying, and when you’re shooting forward, you’re not flying. That pretty much describes the game. It’s like an automatic runner, but we come up with ways of making that challenging. That’s sort of the whole exercise of the game, how can we simplify the controls but still keep you 1,000 percent engaged in what’s going on.”

In RunGunJumpGun, the use of negative space comes into play multiple times over the course of the game's playthrough. For example, your character will dive off a ledge into a mysterious abyss below. What waits for him down there could be saws, spikes, or a multitude of other dangers. The same holds true for climbing ledges and swapping perspectives.

Logan: “We had this thought where each of the three worlds has its own gimmick and reinterpretation of the main ideas. The first world is the ideas themselves, and then in the second world the whole screen warping mechanic comes in and completely changes the way you think. And just as you’ve gotten used to this two-button mechanic, we throw a wrench in your plans yet again with the third world.”

The developers were unable to elaborate more on this third world, but we can only imagine how challenging it is based on the hours we poured into the game.

Jordan: “We really tried to hone the difficulty curve on this one. Because the important thing is that you want to get frustrated, but not too frustrated, because then you’ll just quit before you win. So we’ve been really riding the fine line of what’s too hard, what’s too easy, and where are we going to get the satisfying wins without losing too many people.”

To help accomplish this, the RunGunJumpGun team implemented a fascinating mechanic that whisks players back to the beginning if they make a mistake.

Logan: “The first time we tested RunGunJumpGun, we showed it at a local games festival, and people put down the game at the exact place where they died. We originally used to do a snap and a little blood splatter, similar to Super Meat Boy.”

“But our levels are long and tunnely, especially in the beginning, so people wouldn’t have a good sense of how much ground they lost when they died. So they’d snap out of it and lose that nice flow. They find themselves back at the beginning, thinking, I guess I’ll go try another game.”

The developers created a system to remedy this, by offering players a way to always know how far back they go upon death, and to get a truly visceral feeling of how close they are to the end. In addition, they added crazy pulsing lights and colors to dazzle players, so before they even realize it, they are already back playing the game again.

The Evolution of RunGunJumpGun’s Colorful Art

After abandoning the idea to develop the game as a parting gift to the team at Sticks and Stones, the act of implementing their coworker’s faces fell by the wayside. However, that doesn’t mean that RunGunJumpGun isn’t full of colorful alien lifeforms and unique worlds.

Matt: “We had a vaguely sci-fi aesthetic, and we were trying to make that work for a while. Then we started to get feedback that it didn’t have enough character or it could just use more character, and we slightly misinterpreted that as adding in literal characters."

So we had this brainstorming session where we came up with the idea of having these classic video game character portraits come in, and that really solidified the whole aesthetic for the game as sort of like a Mad Max, Heavy Metal, post-apocalyptic sci-fi solar system trodding, strange fantasy experience.”

If RunGunJumpGun’s art looks vaguely familiar, that's because artist El Heurvo (the acclaimed cover artist behind Hotline Miami) helped design the key art for RunGunJumpGun. Overall, the bright art style serves to engross players no matter how many times their gun-toting protagonist dies, or how tricky each successive level is.

Stay tuned, as this is only the tip of the iceberg when it comes to RunGunJumpGun’s developmental process. Be sure to check back for part 2 and part 3 of our RunGunJumpGun interview series, where we delve even deeper into what makes this game tick before it releases on August 31st.