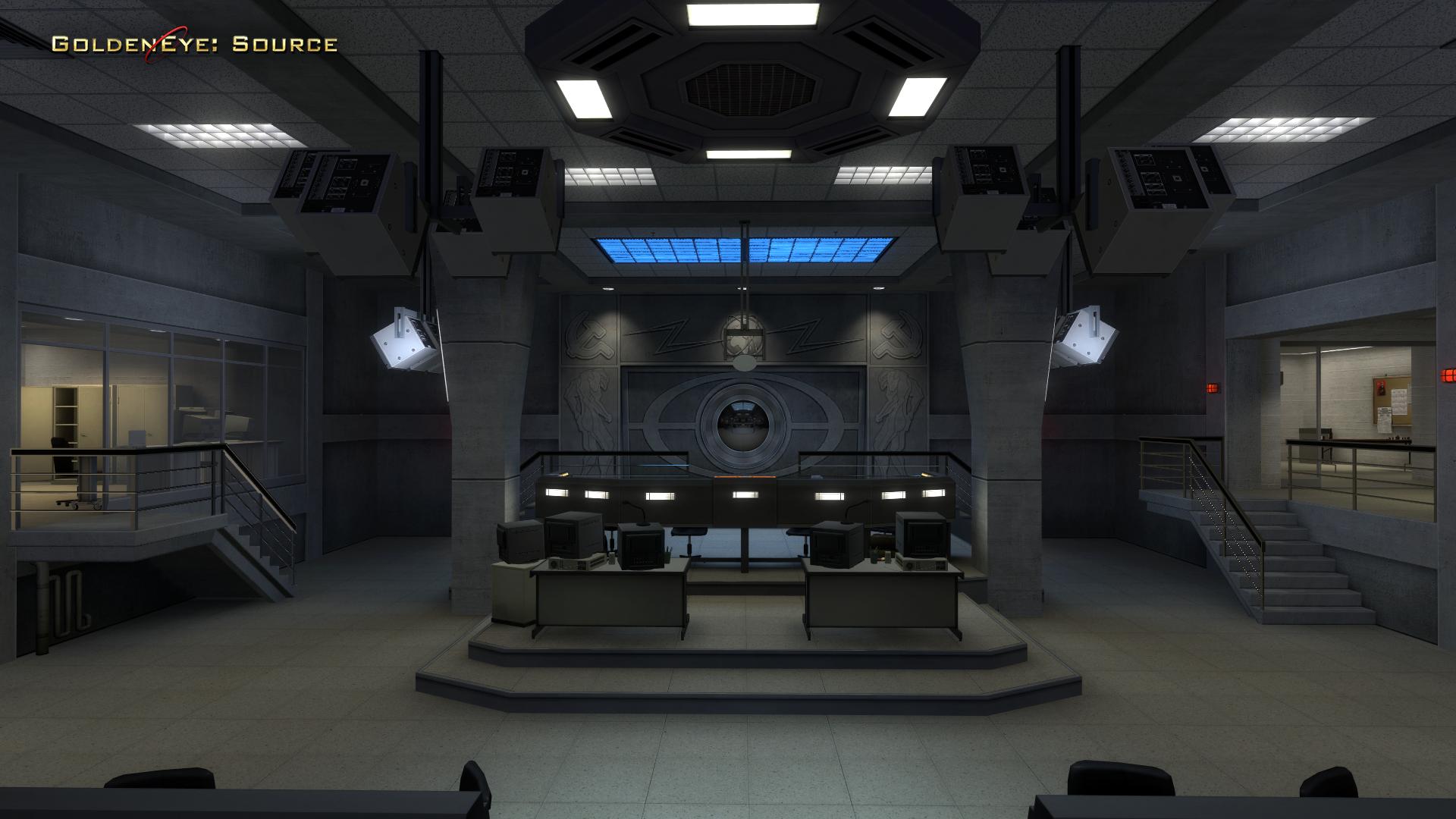 GoldenEye 007 left a lasting mark on the world of gaming as one of the best N64 games of all time. We cannot tell you how many hours we spent in the game ourselves, and aren’t ashamed to admit that we still have the theme song firmly stuck in our head nearly two decades later. While several GoldenEye titles have followed (including a remake in 2010), none seemed to ever live up to the glory of the 1997 N64 title... until now.

A small team of developers, Team GoldenEye: Source, have poured over a decade of hard work into an impressive Half-Life 2 mod entitled GoldenEye: Source. This mod brilliantly remasters GoldenEye 007 in high-definition with 25 recreated maps, 10 different multiplayer modes, redesigned versions of the game’s original weaponry, and a catchy soundtrack that GoldenEye fans will immediately know and love.

We had the opportunity to chat with Team GoldenEye: Source to learn more about the mod, their inspirations behind it, future plans, and our mutual love of James Bond!

What first inspired your team to create GoldenEye: Source?

"All of the team members had played GoldenEye on the Nintendo 64 when they were young. The joy and nostalgia that was created from the experience caused us to want to recreate that experience on a better platform where we can play with our friends."

How long has your team been working on the mod, and what were some of the difficulties you’ve encountered during the process?

"We have been in development for 11 years. Like any project we run into issues frequently, software and random bugs seem to cause the most annoyances. The most common issue ends up being time constraints, as everyone on the team has to keep up with their careers as well. We have had over 60 developers come and go."

We’re aware that you are a small development team, how many people contributed to the creation of GoldenEye: Source?

"For version 5.0 we had roughly 10 core developers, with an additional 10 or so who contributed in various ways. All of whom had various degrees of free time to dedicate to this version of the game over the course of 3 years."

Does Team GoldenEye: Source plan to release more additions to the mod?

"Yes, we have more features in the works. We also plan to be more transparent with our community going forward, and people can look forward to things such as community events and tournaments in the future."

Aside from GoldenEye: Source, are there any plans for the development of new mods or games in the future?

"We anticipate that GoldenEye: Source will keep us quite busy for some time still, but as far as new projects go, anything is possible!"

What was your favorite map from GoldenEye 007 to recreate in GoldenEye: Source and why?

"Our lead mapper, Luchador, chose Archives as his favorite recreation. It allowed him to combine many visual elements from the movie with the layout from the original GoldenEye 007."

"We’re all fans of the franchise, and it should come as no surprise that GoldenEye is one of the top contenders! Some other notable favorites in our group include Moonraker, Dr. No, Tomorrow Never Dies, Casino Royale and Skyfall."

The music in GoldenEye: Source is astounding and manages to feel both familiar and singularly unique. Who composed the music for GoldenEye: Source, and what was it like recreating GoldenEye’s classic sound?

"The original N64 soundtrack is something close to heart for the development team. Re-imagining those iconic pieces was both inspirational and rewarding for Music Lead GoldenZen, who uses both software and hardware which includes synths that were used in the original GoldenEye film score by Éric Serra, and newcomer Tweaklab, who uses Propellerhead Reason and electric guitars to create his music. Previous contributing artists include Basstronix and Sole Signal."

The original GoldenEye 007 was also created by an incredibly small development team, what advice do you have for other small teams looking to tackle ambitious projects like GoldenEye: Source?

"Don’t work in isolation. It’s very tempting to break off and do your own thing, especially when there aren’t always hard defined roles in a team. We have a development chatroom and voice communications running 24/7 so that everybody is always up to speed on what each other are working on and collaborate fluidly. If we’re sitting at our computers, we’re in contact with each other.

Mostly we are here because we are passionate about GoldenEye. The drive to build our own skill base and to see the reactions of the fans, who are just like us."

What is one important thing you think every player of GoldenEye: Source should know about the mod?

"GoldenEye: Source was made with a genuine love of the original game for fans like ourselves. Everything is done in our spare time, and sometimes we don’t have the time or the resources to get something done. All the help we’ve been getting this release has been amazing, between the game server hosts and download mirror hosts that have stepped up, and everyone who has been spreading the word about us. You guys, the fans, have made 5.0 our most successful release of all time, and by supporting us throughout the years you’ve done more than you can imagine."

Creating a mod like GoldenEye: Source is no easy endeavor, and during our first few hours in the game, we found ourselves blown away by the level of hard work and dedication that shines through every facet of gameplay. W

For more inside looks into the world of indie game development be sure to check out our interview with Ryan Juckett of where we learn more about his game Inversus, learn how one anonymous Korean developer is looking to tackle censorship in his game Replica, and celebrate 120 years of Vlambeer in their upcoming novel which chronicles the various ups and downs the indie studio has faced over the years.