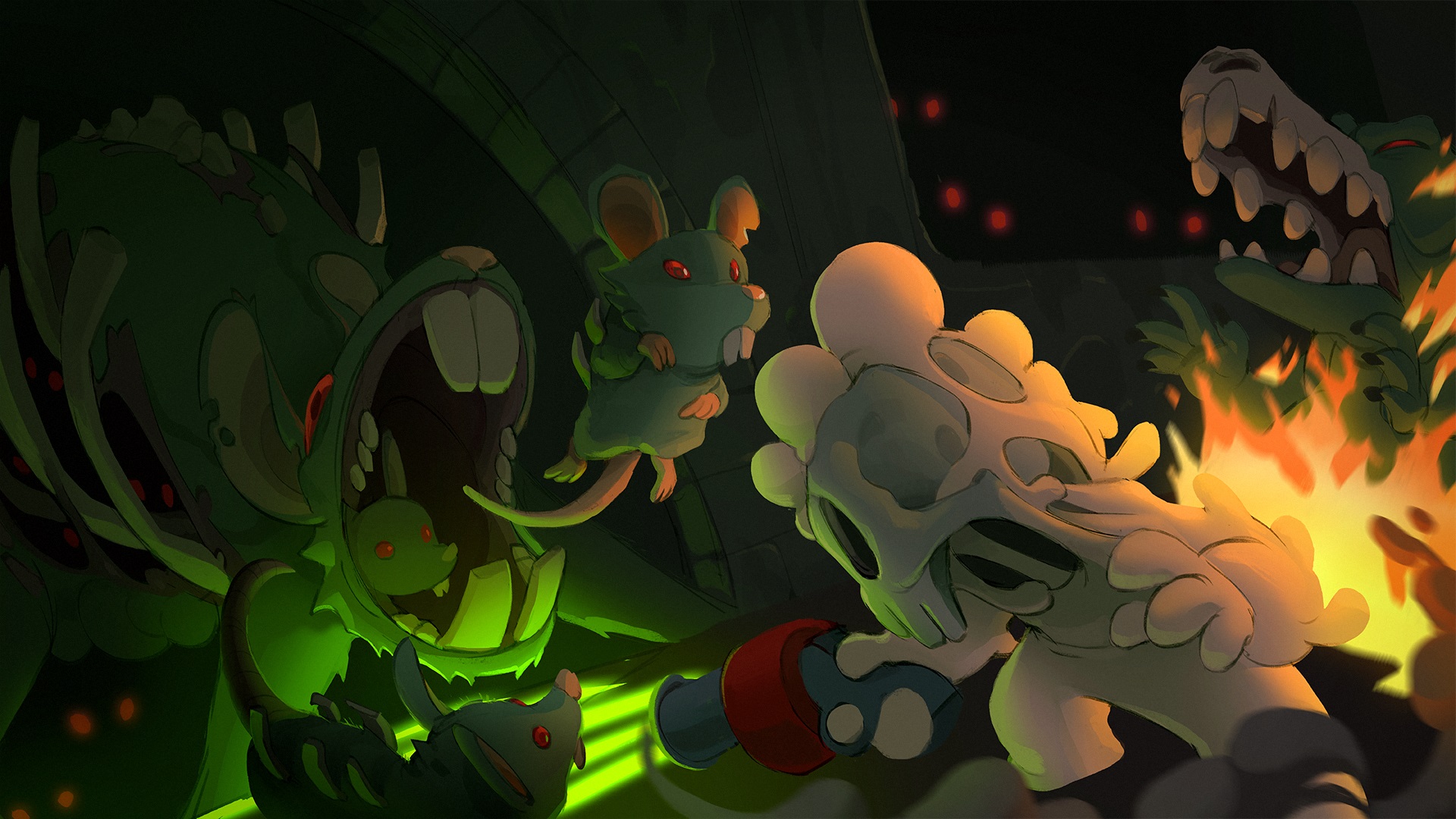 120 Years of Vlambeer and Friends

Explore The Ocean Floor In Diluvion This Fall

Dutch indie developer Vlambeer has been quietly working on some new experimental ideas ever since the release of its most recent game Nuclear and one of these ideas is a new hardcover book that chronicles the studio’s six-year journey through the realm of indie game development. The book titled “120 Years of Vlambeer and Friends,” begins with the founding back in 2010 and progresses through the six years since, covering all of Vlambeer’s game releases including Ridiculous Fishing, Super Crate Box, Luftrausers, and Nuclear Throne.

According to a recent blog post from Vlambeer co-founder Rami Ismail, the book is being published by Cook & Becker and should be released later this year (a specific release date has yet to be nailed down). Author Arjan Terpstra is writing the book, and in addition to Terpstra’s written text, the book will also contain concept sketches, designs, and in-house conversations from Vlambeer’s archive.

Vlambeer’s journey is undoubtedly a fascinating one, as founders Rami Ismail and Jan Willem Nijman founded the company after dropping out of a game design course at Utrecht School of Arts. Together, they started work on a prototype initially titled “Crate of Hell” before later being named to Super Crate Box. Vlambeer’s first endeavor earned them recognition, with Super Crate Box being noted for excellence in design, and was even ported over to the Commodore 64.

This is only a small taste of the intriguing history of Vlambeer, and we cannot wait to get our hands on the studio’s upcoming book to read more! When 120 Years Of Vlambeer And Friends is released, it will cost $39. Diehard Vlambeer fans will also be able to purchase a $139 special edition which includes the book, all of Vlambeer’s games, and bonus physical goodies.

For more on the latest Indie Obscura news, be sure to read our coverage of how Rocket League’s new Rumble mode is projected to turn the game on its head, how Superhot will soon bend your mind in new ways in its upcoming card game adaptation, and Pokemon GO’s newest game update bringing back crucial features.