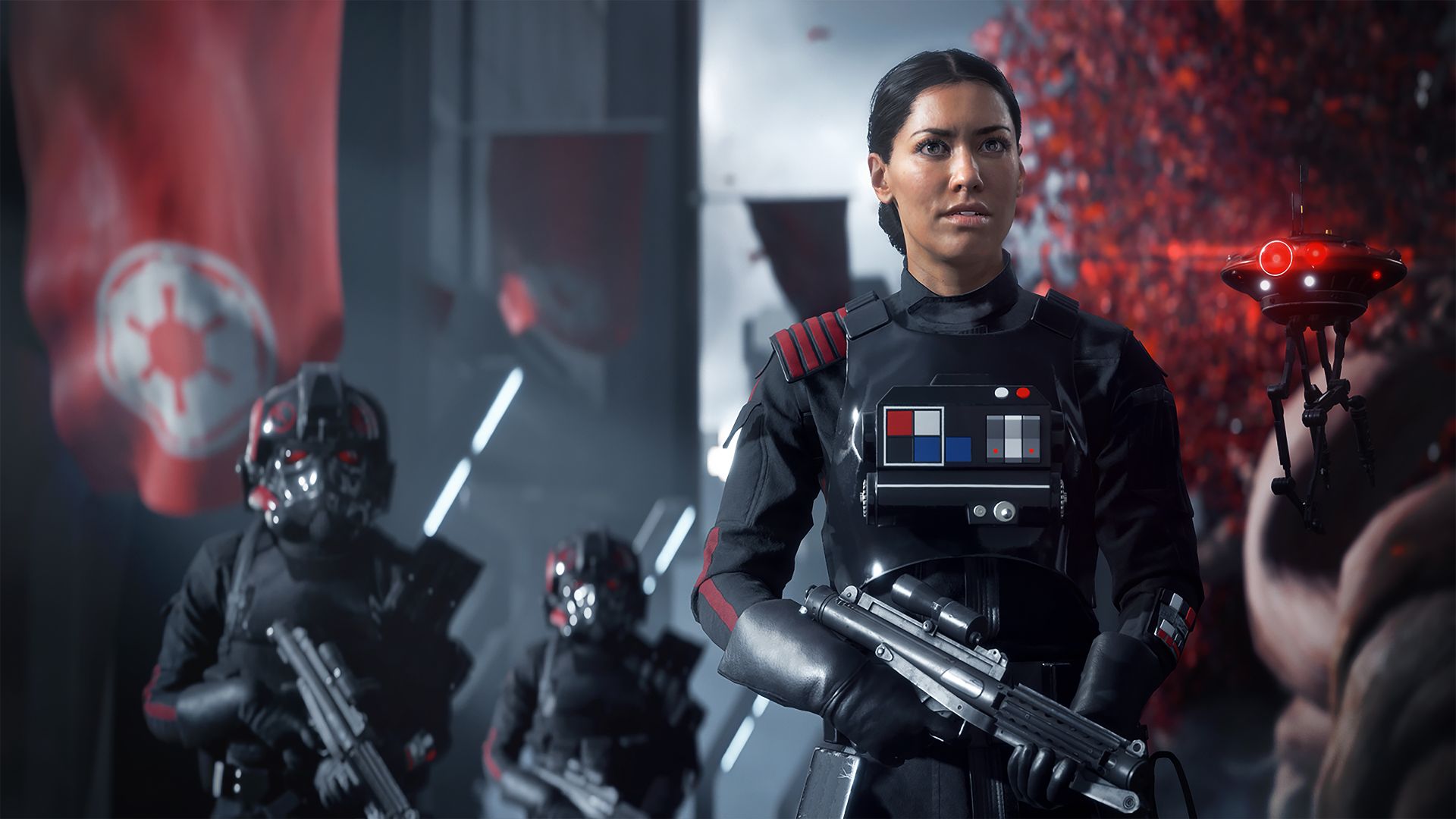 Super Mario Kart was just two-player F-Zero, but the roads were too straight

Nintendo what others don't.

In the trailer, we get to see new planets, weapons and vehicles, and Boyega says there will be 18 locations, 14 playable heroes, and 39 pilotable vehicles in the final release. That’s about three times as many of each count from the previous multiplayer battler.

Alongside classic locations and planets like Yavin-4’s rebel base and the Kamino clone factory from the worst prequel, there are also never-before-seen worlds to fight in. Somewhere called Fondor, which may turn up in the next film to grace our screens.

For all the juicy deets check out the Star Wars Battlefront 2 trailer below.