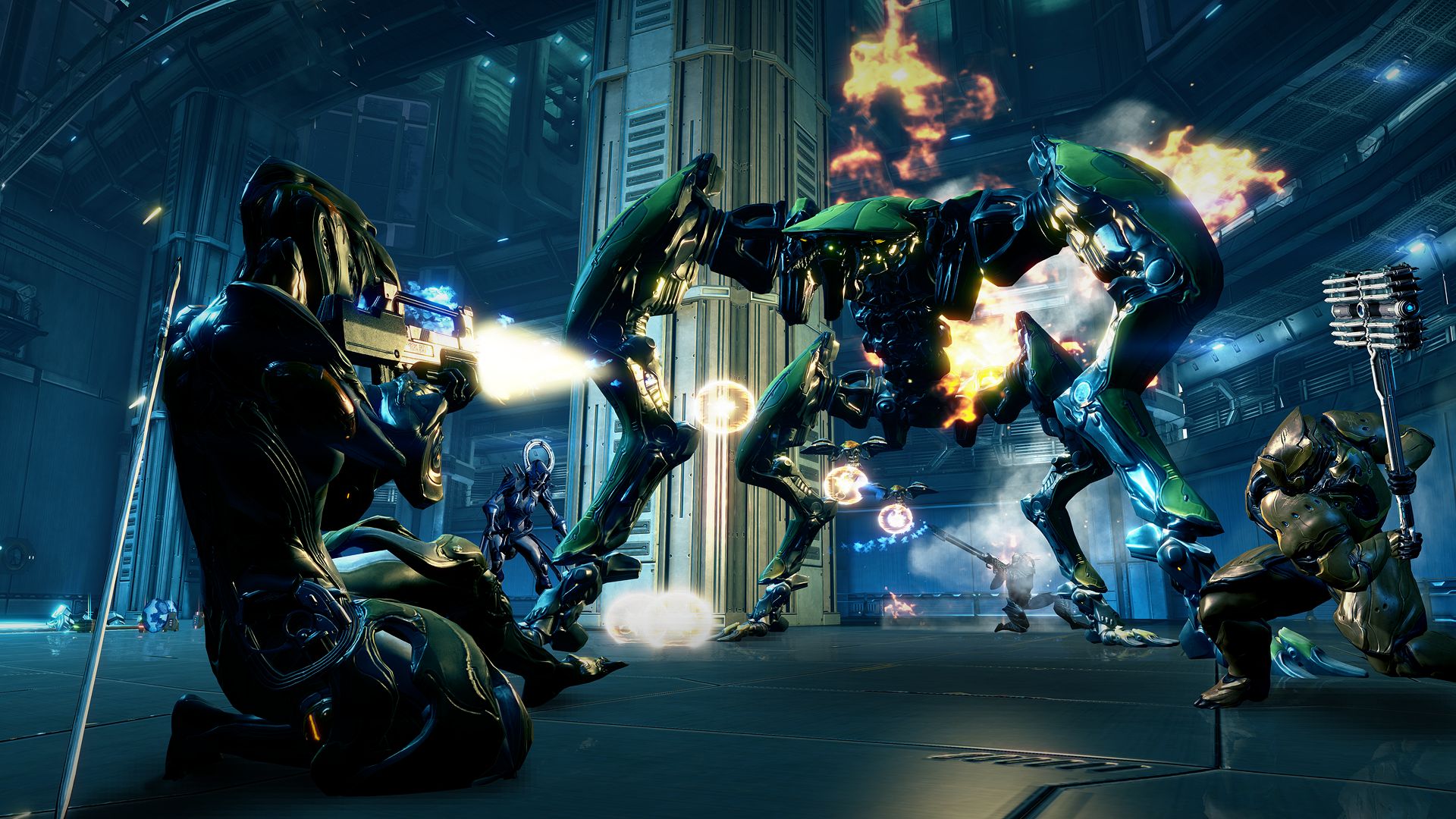 If sci-fi games are up your alley, then Warframe is the game for you. This third-person co-op shooter developed by Digital Extremes is a game in which players take on the role of Tenno, a race of ancient warriors who awake after centuries in cryosleep to find themselves at war against three different factions (Grineer, Corpus, Infested). The Tenno battle their enemies in mechs dubbed Warframes, which help channel their various special abilities.

Players can jump, sprint, slide, roll, and even use parkour techniques to evade enemies. Maps are procedurally generated, meaning that no two maps will have the same exact layout. This prevents players from memorizing maps and corridors and gives new players a fair shot to acquaint themselves with Warframe’s controls and gameplay. Warframe continues to be one of the most-played games available on Steam and received positive reviews from players who dedicated hundreds of hours to the game.