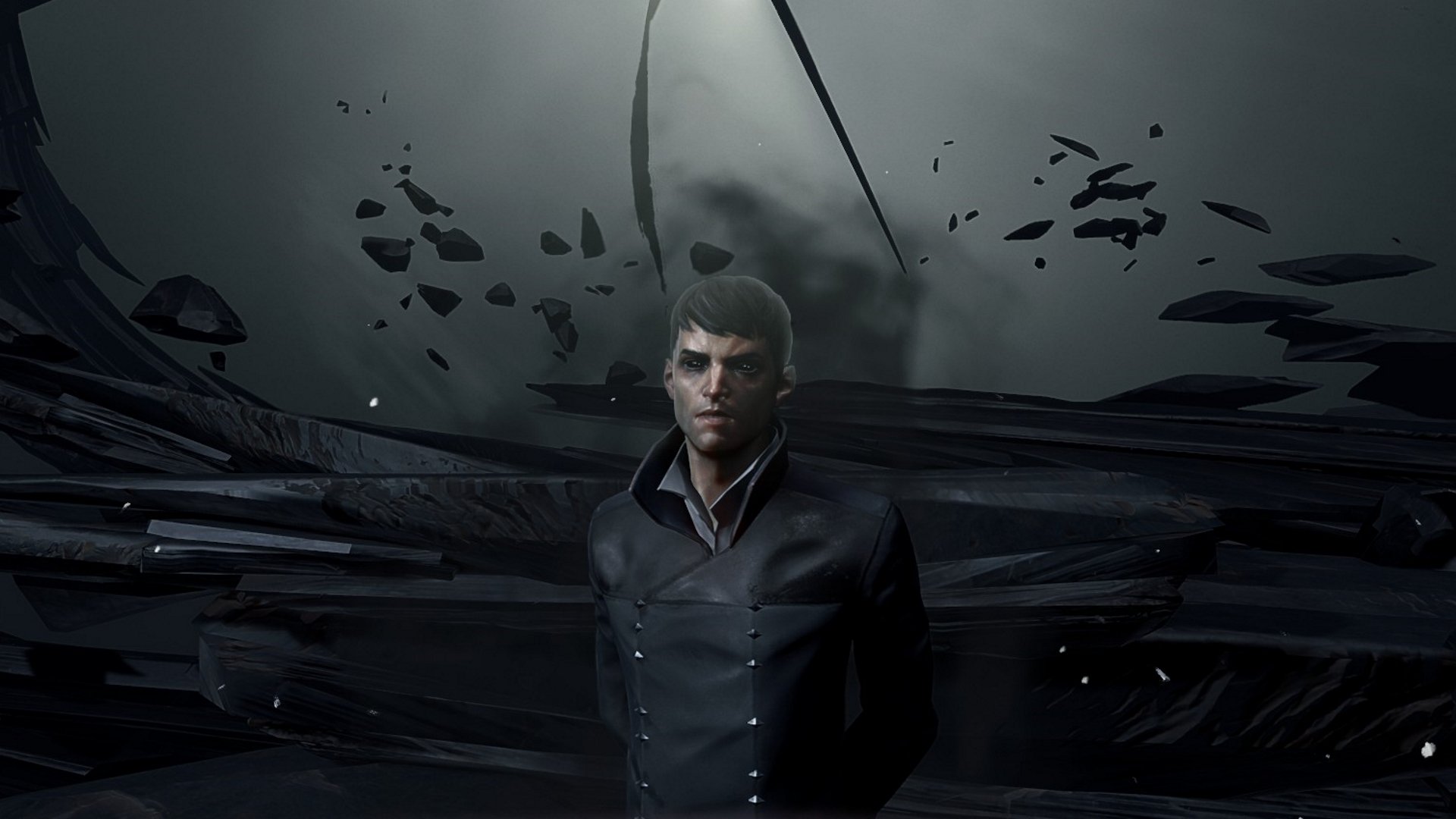 Dishonored: Death of the Outsider review

How does the schoolyard game go, kiss/marry/kill? I’ve heard worse about the Outsider, on both ends. To some he’s everything that’s wrong with Dishonored, a vague, ruminating presence who says much, but means little. To others, he’s a mischievous but broken god, with just the right amount of ethereal allure. Whatever your view, Daud and Billie have certainly settled on “kill” in Dishonored’s latest standalone expansion, where you plan to take down the fiendish god.

In Death of the Outsider you’ll fill the shoes of Billie Lurk, who’s on the hunt for her old mentor Daud — the man who murdered an empress, initiating the entire series’ chain of unfortunate events. The old assassin isn’t quite the man he used to be, having grown old and grey, filled with regret. The one thing left he’s sure of is that the Outsider, immortal being and source of his powers, needs to go, and Billie is the only one he can trust to do it.

It may not be listed as an expansion to Dishonored 2, but the story follows so tightly that it is in all but name. You’ll see regular references to earlier causes, with only minimal explanation. Those new to the series would be best advised to start elsewhere, then. Fortunately, the original game and its expansions are each stellar in their own right, leaving no excuses to skip the beginning.

To kill a god

We’re going to kill the Outsider. This simple premise gives DotO a focus that, at times, felt lacking from Dishonored 2. Each mission has a clear goal in your path to the old god, narrowing the sightlines. In fact, everything about the game feels like a refinement of what Arkane have been developing through previous iterations. The shorter campaign has allowed them to really determine what the core Dishonored experience is, stripping out the rest of the chaff. Gone are unlockable powers, you’ll have access to Billie’s full suite from the moment the Outsider first visits, really letting you test the limits of each. Out too are mana potions, giving Billie a segmented mana pool which will fully recharge after a short delay. While this means you’re slightly more limited in extravagant displays of power, it also encourages you to actually make use of powers in quick succession. If you’re a hoarder like me, that means no more waiting for your energy to recharge between each blink just to conserve potions. Even the much-maligned chaos system is finally gone, letting you stab or choke as you please.

As for Billie’s powers, Arkane have been fairly restrained, largely reworking those from previous games. Where Corvo and Daud had Blink, and Emily had Far Reach, Billie has Displace. Instead of a direct teleport, you’ll place down a marker which, while in range, can be jumped to at any time. Foresight will freeze time, allowing you to float free from your body, scouting the area ahead to mark people and items of interest, or even set a displacement point. It’s a smart solution to the problem Dark Vision presented in previous titles. Instead of encouraging constant use, Foresight instead encourages careful planning, letting you carefully map your plan of attack before execution. Semblance is the biggest shakeup to the formula, letting you steal the face of any living being for a limited time. This can allow you to pass through hostile zones uncontested, or even commit far more twisted schemes. After listening to an overseer brag about his torturing skills, I stole his face before calmly dispatching each and every one of his friends in the room, all without raising suspicion. Karma, hey?

Longtime fans of Dishonored will already be forming fiendish combinations of these powers in their head. Walking under disguise into a huddle of enemies before planting a razormine and displacing to a pre-positioned escape path will have you cackling at your own malefic genius. As with Dishonored 2, Arkane have made sure that non-lethal players can have just as much fun. Billie has access to a wide range of mines and explosives, but the Hyperbaric Grenade and Hook Mine are the clear winners. The new grenades will send your victims flying upward, rendering them entertainingly unconscious, while the latter will zap the nearest target up to them when planted, in both lethal and non-lethal variety. Each ability reinforces a core emphasis on planning. Foresight will even show you highlighted patrol paths, giving you time to stage the perfect trap with your equipment.

Returning to Karnaca offers a further dose of high-walled streets, but the cityscape struggles to be particularly memorable here. In fact, the location you’ll spend the majority of the game in, Upper Cyria, comes across as maze-like at first. Early on I was directed towards the city’s black market by an objective marker, but attempting to return later I had no clue where it had been, resulting in a wait until the next mission directed me. The need to traverse each area multiple times eventually breeds familiarity, but it comes at the cost of time wasted early on.

This shouldn’t imply the world itself is forgettable, however. Dishonored has always touched on the seedier aspects of society, and DotO ramps this atmosphere up a notch, presenting you with some truly unpleasant people and places. Where Dishonored 2 saw Karnaca lit under the shimmering sun, DotO bathes the city in a darker, edgier glow. The musical score matches this perfectly, really ramping up the tension at key moments. All of this plays into Billie Lurk’s more cynical view of the world. Rosario Dawson reprises her role as Lurk, but sadly there are a couple of notable dips in quality from the usually superb actress. Despite this, Billie makes for a fantastic lead. Not afraid to bite back against the Outsider’s ramblings, she provides a tangibly different perspective to former protagonists.

Reaching the highest of heists

The standout moment by far comes in the game’s third chapter, where you’re tasked with conducting a bank robbery. It’s a clear culmination of everything the series has to offer, requiring repeated passes over smartly designed environments as you progress to the vault. In true Dishonored style you’re spoilt for choices in the manner you progress, and almost every path will reveal new route to exploit. By messing with the air ducts I was able to drug the majority of staff, turning the mission into a tense affair, tiptoeing carefully between snoozing security while avoiding the unsettling gaze of clockwork soldiers. However, the mission could just have easily been an all-out assault or a roguish theft, as the game even allows you to announce your intentions loudly over the bank’s intercom. The quality of missions is a little inconsistent (though never outright bad), but DotO’s bank heist deserves to be recognised as one of Dishonored’s finest.

Along your path, you’ll also be offered a number of contracts from each level’s black market. Rather than side missions, these act more as additional challenges for experienced players. Each task presents a tricky challenge which can often prove more difficult than the level’s main mission. The bank mission, for example, includes a contract to complete the heist without alerting a single body to your presence — even restricting use of non-lethal options. These add a substantial amount of additional content to test you, but could act as a point of contention for some. Many contracts require you to kill outright, meaning non-lethal players won’t be able to enjoy them.

Overall, Death of the Outsider feels like the purest essence of the Dishonored experience yet. A lack of power progression might seem like a step back, but at 6-10 hours, the limited selection only begins to drag towards the very end. Each aspect of the main series has been concentrated into this standalone, making it the perfect return for fans of the series who’ve been waiting for a return to Karnaca’s shores. Arkane clearly demonstrate their expertise, presenting an extremely generous platter of choices to navigate each scenario. It doesn’t add a whole lot new, but strong, well-crafted missions make for a fitting send off to the series’ most powerful antagonist.