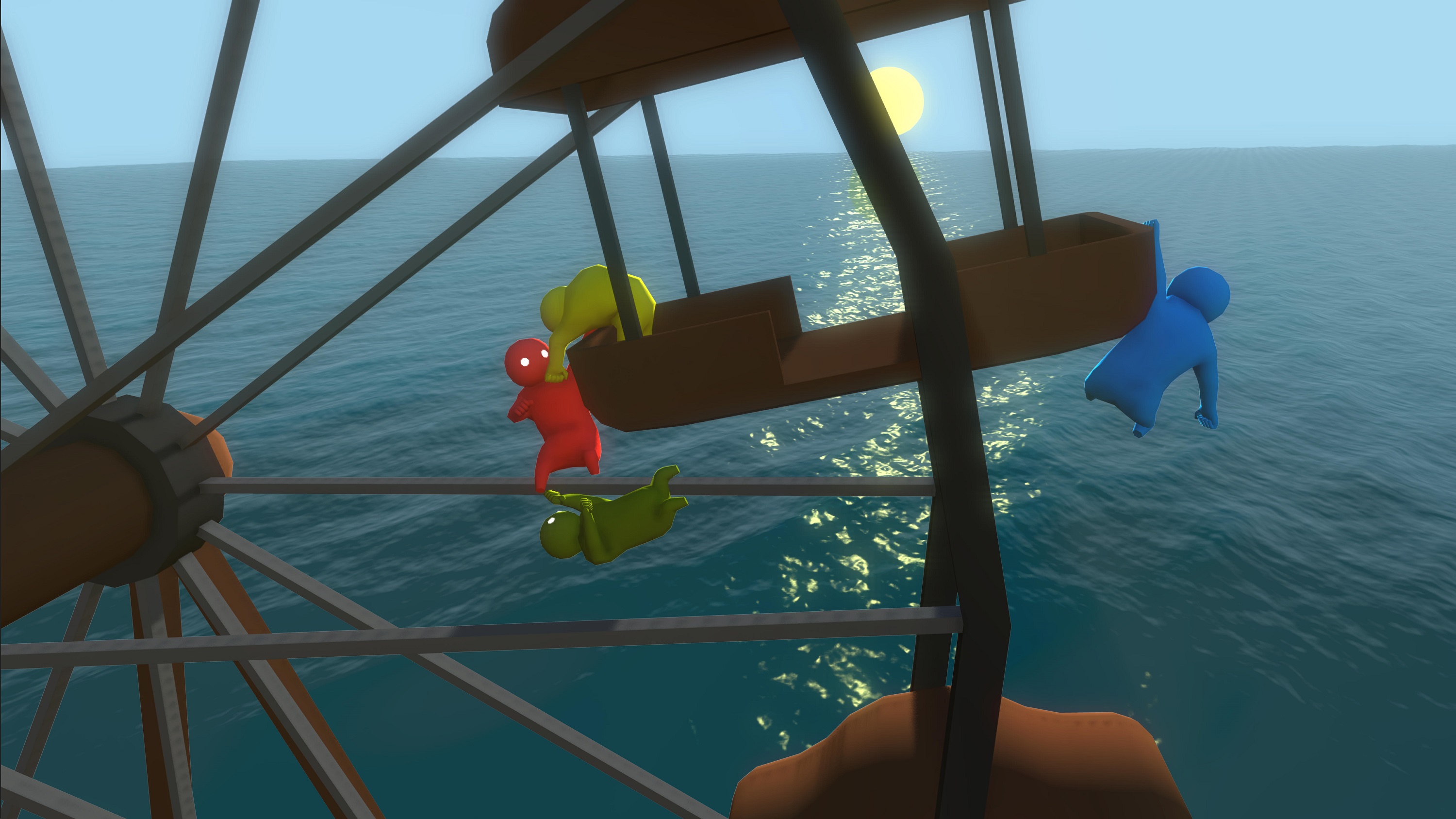 If local multiplayer was to make an epic comeback in video games, Gang Beasts would definitely be spearheading its return. The game is a combative indie title developed by Boneloaf, with a style that’s as goofy, amusing, and nonsensical as the developer’s name. Gang Beasts is currently in Early Access on Steam with a sizeable audience patiently awaiting the announcement of an official release date. Until that time comes, the Early Access does a proper job offering players an inside look at the game.

Set in Beef City, Gang Beasts has no shortage of thugs that just want to pummel you while you’re going 50mph on top of a truck or riding a Ferris Wheel. All the while, you’ll watch in complete horror as opponents get thrown into grinders, incinerators, and even off the top of skyscrapers with a smug chuckle. Eventually, that horror transforms into glee as you become the perpetrator in this game that redefines "survival of the fittest."

Gang Beasts' Early Access brings gameplay that is chaotic and prompts for giddy scuffles between friends. You’ll find yourself tag-teaming rivals, and without a moment's notice, betraying your teammate as you as you drop their lifeless body into an industrial fan bellowing, “there can be only one!” It's difficult to avoid trash talking, as well as throwing your controller clear across the room. Overall, Gang Beasts is best described as a drunken-style gauntlet that inspires button mashing and desperate acts of reckless abandon.

In survival mode, you’ll take on a gaggle of colorful gummy people as they headbutt, kick, and punch you in an attempt to knock your lights out. Factor in the array of perilous locations in which you’ll engage in a gelatinous Fight Club, all while enjoying hours of nonstop, hilariously fun entertainment. At the moment, the Early Access offers 14 treacherous stages and a survival mode suited for local multiplayer, or taking on waves of pugnacious A.I.

The developers promise that the full version of Gang Beasts will have more stages and a variety of new game modes that include a full single-player campaign, a story mode built for up to 4 players, and online multiplayer. There’s also mention of character customization that will allow for changes in character type, body shape, and size. If you want to get in on this crazy multiplayer game, you can buy Gang Beasts on Steam to participate in the Early Access!

For more indie game previews, check out an intriguing espionage game in our SpyParty preview, take a walk through a Norwegian folk tale in our Through The Woods preview, and learn how Evodant Interactive is creating their own game engine in our Gyre: Maelstrom preview!