Egg-hatching shortcuts are apparently fine, while third-party apps are not. 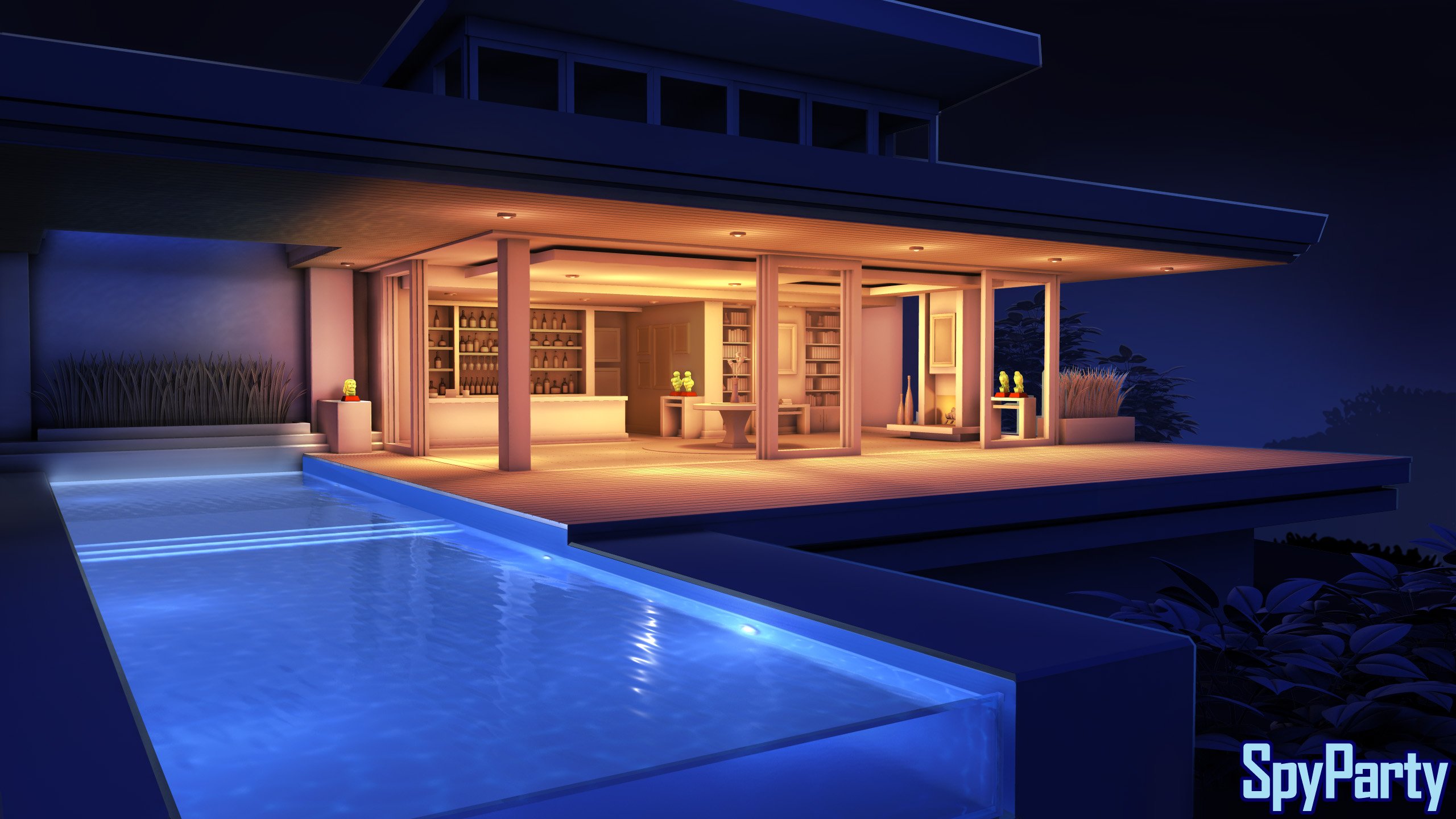 The typical Telltale experience will finally become a more social one thanks to Crowd Play.

SpyParty, an indie game designed by Chris Hecker, has a simple premise — one player takes the role of the Spy in the middle of a cocktail party with a set of tasks to complete; the other player is the Sniper whose only goal is to identify the Spy, and take them out. At first the idea seems simple, but after playing through your first game, you will quickly discover a deeper psychological battle raging on just beneath the surface.

In SpyParty, you enter the party as a Spy with a list of tasks that range from following an AI-controlled character and flirting with them, to swapping out some of the priceless statues. Completing these tasks without being detected earns you a victory. However, remaining undetected can be somewhat complicated, as it requires moving around like an AI-controlled character and blending in with the other partygoers. In addition, you can quickly lose your cool as you question whether your movements look more like a human’s or a computer’s.

The first time the laser from the Sniper stops on your Spy, the game's complexity will make perfect sense. This may happen when you try to secretly contact the Double Agent, or you could in the middle of completing a task when the laser-pointer from the Sniper washes over your character! All of a sudden, you don’t know if you’ve been caught, even if you feel confident that you blended in perfectly. You begin to feel the laser burning into your Spy’s head, and for a few heartbeats the Sniper moves on... and it does. You’ve just fooled the Sniper (unless you’ve been “highlighted” as suspicious).

For the Sniper the job is just as difficult. You’re outside the room, watching like a voyeur, analyzing each character as you wait to spot someone moving with too much purpose as you try to catch a “tell” of a fumbled task. At first, the amount of information can be overwhelming. You know the potential tasks the Spy has to complete so you keep a tab on the Ambassador and the Statues, but your attention will eventually be stretched further as you try to remember who has been where, touched what, and talked to whom. For both players, the most troubling moments are the final thirty seconds of the game, where the Spy might have one final task to complete before the timer runs out, or the Sniper (with only one bullet), who has to determine whether or not they've got the right person.

The tension will build up until the last second when the bullet finally leaves the Sniper’s gun and either eliminates the Spy or an innocent partygoer. For the Sniper, killing the wrong player is more than just a loss. Over the course of the match, the Sniper plays as the judge, jury, and executioner. Killing an innocent bystander means your whole judicial system is off, and your ability to read people needs to improve. The same is just as true for the if you are discovered and shot, your abilities at psychological warfare are questioned and your ability to blend in with your AI peers is disputed.

SpyParty can feel like a game of Poker where all players know the mechanics, and a lot of skill can come from knowing the odds. However, one of the most powerful tools is psychology, knowing how your opponent is thinking, and knowing what they’re looking for in your movements. SpyParty is a game about hiding in plain sight and looking for a needle in a haystack. It’s about the elation of going undercover as a Spy and about the crystal clarity of knowing you’ve got the right target as the Sniper. Whether you want to fool people or find the trickster, definitely pay close attention to the movement of SpyParty.

Perhaps you prefer a game that messes with your own psychological balance? If so, definitely take a look at We Happy Few now out in Early Access and how it applies horror and roguelike qualities in unique ways. No Man’s Sky is just around the corner and about to rocket onto our screens, so take the time to check out the No Man’s Sky gameplay trailer focusing on survival! If you’re a PC Gamer you no doubt use Steam, but could Microsoft be trying to break Steam with their new API?