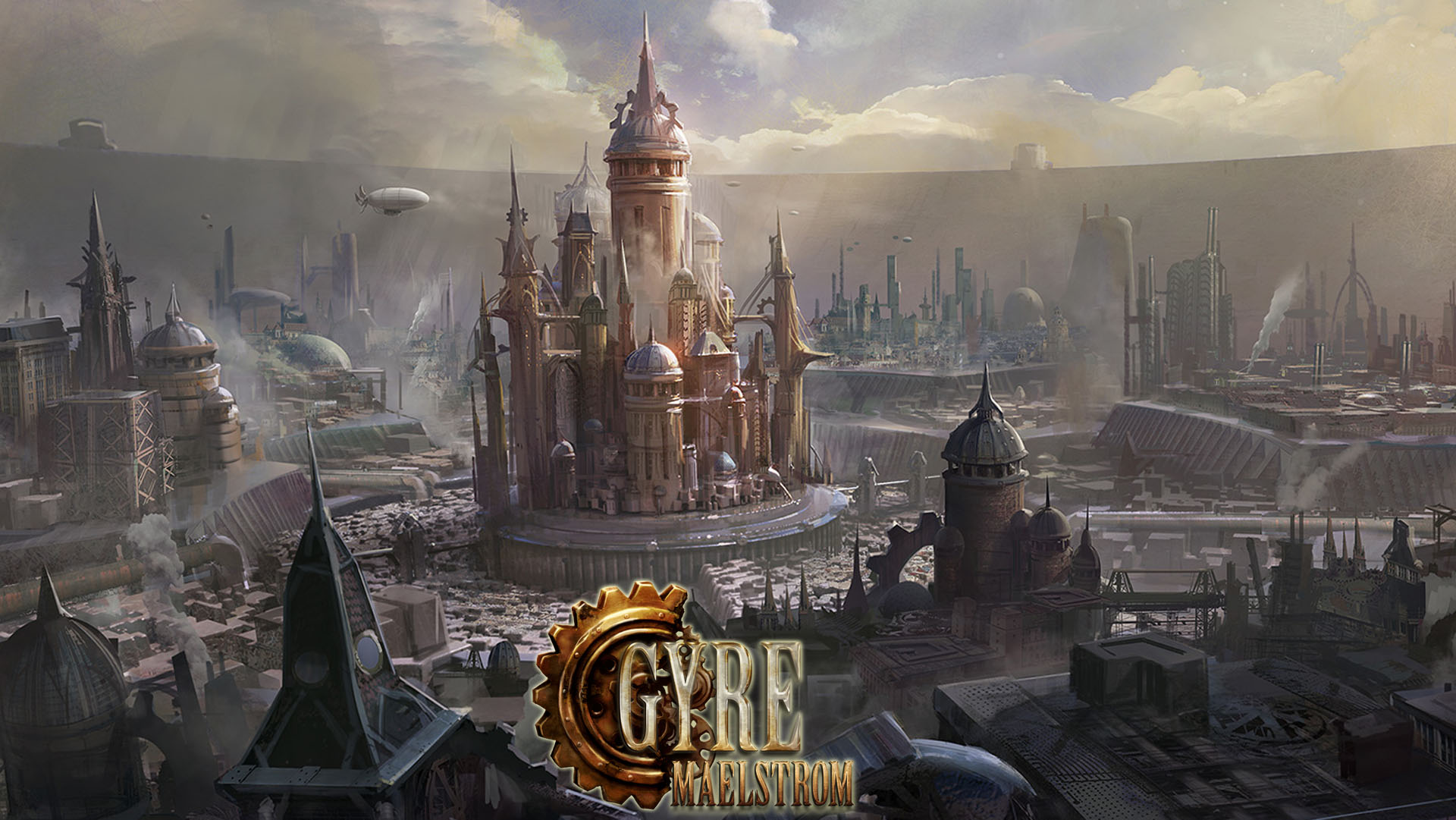 Gyre: Maelstrom, currently in development by Evodant Interactive, is an action RPG set in a Steampunk-inspired dystopia. In the game, players progress through a non-linear, non-scripted narrative of meaningful choices generated in real-time, all of which impact the overall story. Pronounced as “,” the sprawling city of Gyre formed after countless revolutions during the late 1800s. Said revolutions ushered in a period of unfettered technological exploration, bringing artificial consciousness into existence centuries ahead of its time.

The world of Gyre is essentially what you make of it, as your actions are left entirely up to you. Where most open-world games restrict players to environments, narrative choices, and outcomes generated by the developers, Gyre does things a bit differently. Consider the possibility of an intelligent game capable of understanding player actions and tailoring things specifically to them.

This is where Gyre: Maelstrom comes in, aiming to create a totally unique player experience where players are free to literally do whatever they want in the game. While Gyre retains the basic tenants of an RPG you'd expect such as class options (, Polariant, ), skill trees, crafting, and exploration, the narrative side of things takes a markedly different approach.

This impressive level of freedom within Gyre and its respective narrative is currently being achieved through proprietary Toska Engine, which has been in development for over 10 years. When we had the opportunity to chat with the developers at E3 2016 about their project, the subject of tabletop RPGs (Dungeons & Dragons) came up when attempting to understand Gyre’s unique gameplay features. Gyre’s Toska Engine intends to do what a talented human Dungeon Master would do in Dungeons & Dragons, effectively analyzing the player’s actions and using them to understand the singular player's approach to the game and the sort of gameplay they’re looking for.

What makes Gyre: Maelstrom and  Toska Engine all the more impressive is that both are being designed and developed by a very small team (under 15 people) in Winnipeg, Canada. creative director and technical lead, Dwayne Rudy, and narrative lead and designer, Ryan Fitzgerald, detailed their ongoing work on the game, and the years of extensive research that went into creating the Engine, during our interview with the two at E3 2016. The passion and ambition that has been poured into the creation of this new cognitive Toska Engine, and the application of the engine in Gyre: Maelstrom, is fascinating and inspiring.

To learn more, be sure to check out the complete interview down below!

For more interesting indie game previews here at Indie Obscura, be sure to check out our preview of the upcoming underwater exploration game ABZU, a look at the historically accurate Kingdom Come: Deliverance from the team at Warhorse Studios, and this extended gameplay demo of Cuphead!