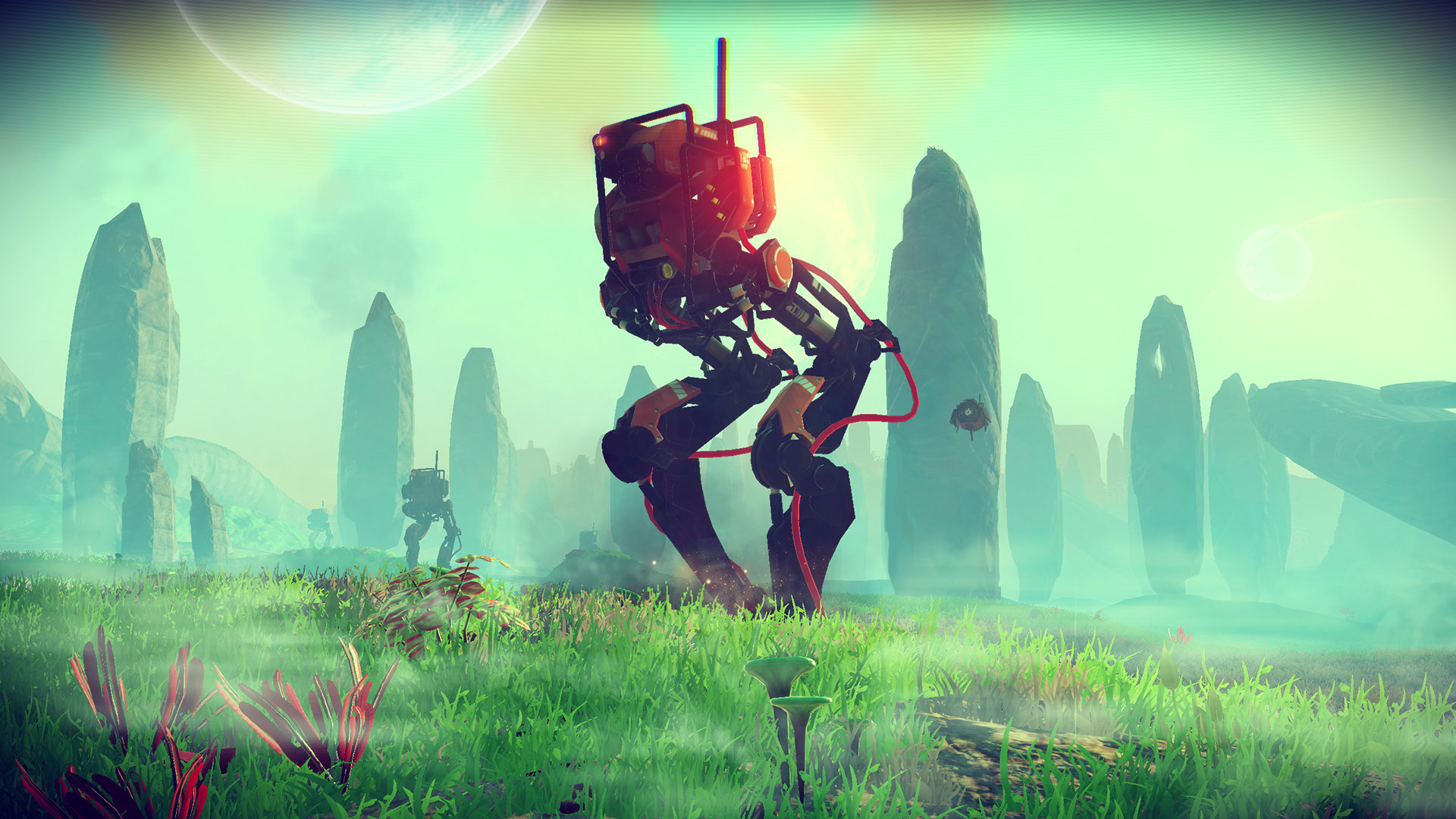 Developer Hello Games has released the second in its four-part trailer series which focuses on No Man’s Sky four key gameplay components. While the first trailer centered around exploration, this second trailer is all about the various combat encounters players will inevitably find themselves embroiled in. As you can see in the trailer below, No Man’s Sky players will be able to partake in two different types of combat.

As players fly around in space, they’ll encounter hostile ships which they’ll have to defeat in aerial dog-fights, and one part of the trailer shows that players will even encounter entire fleets of larger capital ships, though whether these larger fleets are friend or foe remains to be seen. Another part of the trailer (the 0:28 mark) also shows an objective screen where the player is defending a cargo ship against enemy fighters, seemingly confirming that there will be friendly ships players can interact with as well as more structured objectives beyond simply exploring planets.

Once players land on a planet’s surface, they’ll have to keep their handy laser pistol at the ready, since each planet can contain hostile wildlife and even hostile machinery such as attack drones and large walking mechs which look kind of like Star Wars’ AT-ST walkers. No Man's Sky releases on August 9th for PC and PlayStation.