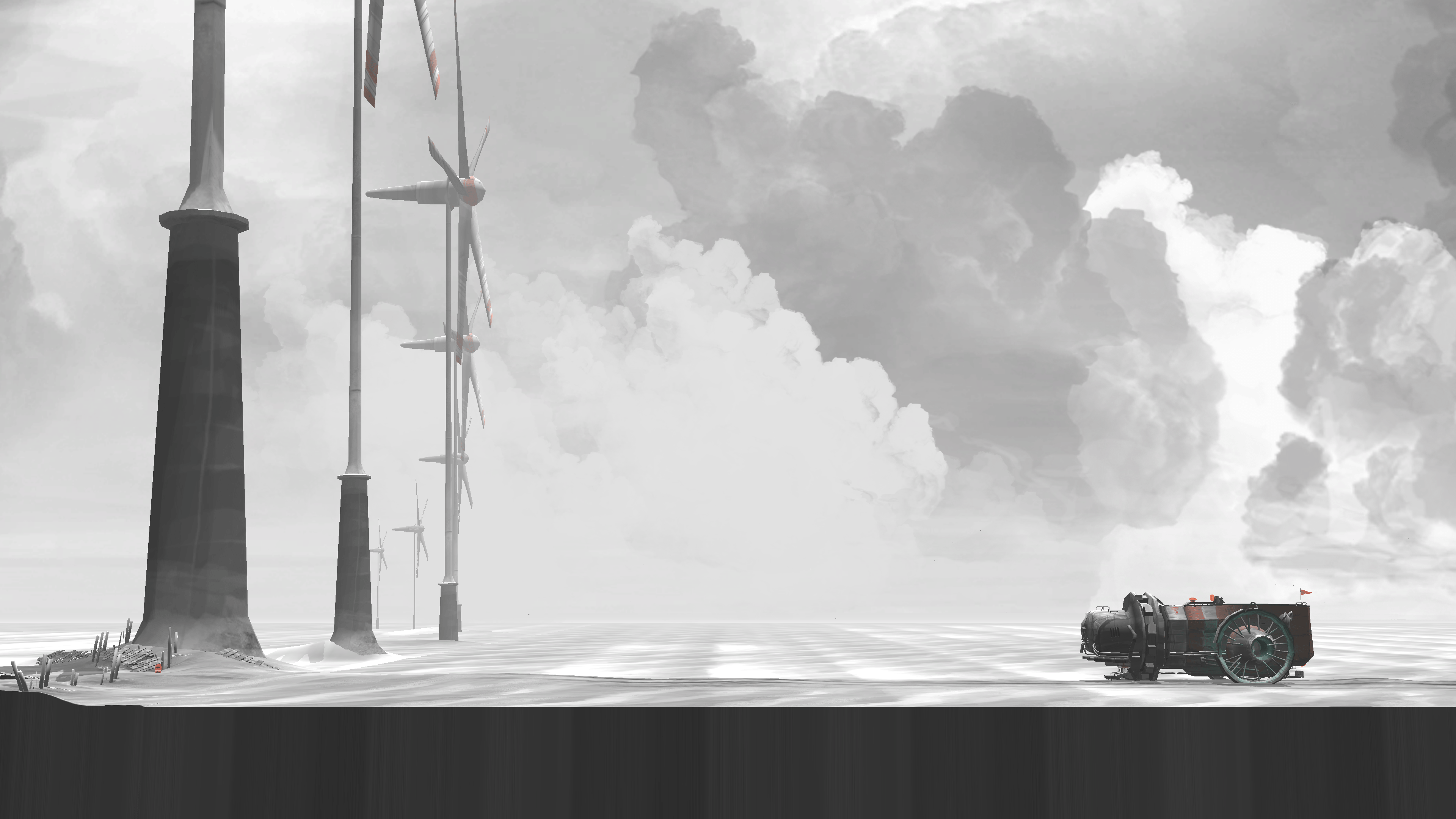 FAR, developed by Mr. Whale’s Game Service and published by Mixtvision Digital, is a 2.5D side-scrolling exploration game slated to release sometime in early 2017 for Xbox One and PC (on the Steam marketplace). The game contains aspects of vehicle management and survival as you roam the endless expanse of a dried out ocean floor. Players will assume the role as the vehicle’s driver, and traverse this hostile environment within their vehicle towards an unknown end.

The vehicle is somewhat reminiscent of a train car, with a long chassis and gigantic wagon wheel. The vehicle is also equipped with large black sails, which is fitting considering how you’ll be exploring a seabed desert home to ruined ships, lighthouses, and more. There’s no indication of whether or not the character who pilots this vehicle is human, as they certainly look both strange and cute (a red little box). The game’s goal is simply to keep going as long as possible, as far as you can, while uncovering clues about yourself, and your extraordinary vehicle.

To accomplish this goal, you will have to maintain your vehicle by managing its internal systems, refueling it, repairing damages, upgrading it, and sorting through any obstructions in your way. The art style is beautiful, and lends itself well to the game's post-apocalyptic scenario with a large, gloomy world stretched out before you, empty save for yourself and your machine.

The contrasts are deftly highlighted, with a grayscale seabed interspersed with vibrant reds in a Sin City- manner, a glowing blue tank within your vehicle, and the game's day/night cycles and orange sunset skies. FAR was developed using the Unity game engine, which offers things such as GUI and the ability to develop and port games multiple platforms. Despite the fact that FAR will not release until next year, it has already won several awards like the Blue Byte Newcomer Award.

In addition, Mr. Whale’s Game Service has released (and is actively working on) several other indie games with distinctive art styles. There’s Violet - Pale Noise with unique stop motion animations, and DUR which is a physics adventure game where players assume the role of a rusty iron sheet. Be sure to keep an eye out for FAR during Q1 of 2017, and explore other titles from Mr. Whale’s Game service here.

For more previews of cool new indie games here at Indie Obscura sure to check out our preview of one of 2016's coolest VR games Audioshield, our preview of the underwater exploration game ABZU which releases this August,  and our preview of Vile Monarch's awesome new RTS game Crush Your Enemies!