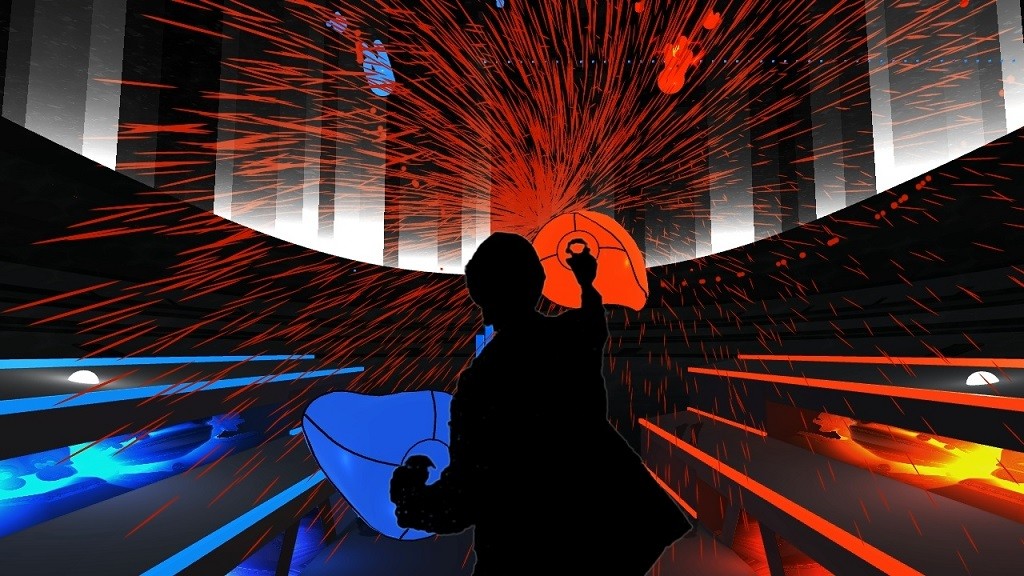 Indie developer Dylan Fitterer is no stranger to beat mechanic games. His titles, Audiosurf and Audiosurf 2, remain widely popular on the Steam marketplace to this day. After its initial release in 2008, Audiosurf became a hit within the beat mechanic genre, as it allows users to input their own music into the game. No two tracks are alike, and each song creates its own custom track synced to the user's musical selection. Furthermore, it was eventually discovered that songs like “Through The Fire and Flames,” by Dragonforce, produced highly difficult tracks.

These difficult tracks spawned countless YouTube uploads (prior to the rise of Let's Play videos), in which gamers showcased their skills at these songs on Audiosurf’s expert mode. The unintentional exposure YouTube gave the game made it one of the most popular Steam titles of 2008 and 2009. Fitterer followed Audiosurf by expanding the concept, releasing Audiosurf 2 last year. However, it appears Fitterer has set the bar even higher with his brand new VR game, .

Audioshield is built for the HTC in cooperation with and turns the novelty of Audiosurf into a full-body experience. Similar to Audiosurf 2 (and adopting the same music analysis system), each beat of the song comes flying towards and requires you to stay in- sync with the music in order to successfully block each consecutive beat. The addition of music to a VR game is and really adds to the immersive quality of the .

To play the game, simply select the track you wish to play and travel to a darkened room where red and blue orbs fly at you in tune the rhythm of your selected track. Your right hand occupies a red shield,  left the blue, and the objective is to block each incoming orb with the appropriately-colored shield. In addition, the game includes the occasional purple orb that requires both the red and blue shield together. If you wish to score extra points you can “punch” the notes and watch them vibrantly explode. Timing remains critically important, as you want to block each orb in relation to its length.

That’s all there is to it!

is reminiscent of experiences like Guitar Hero, where you feel like you’re contributing to a song.  takes things a step further by offering gamers complete musical freedom. Simply input your favorite song, strap on the , and punch those orbs! Oh, and don’t forget to check your skill against others with Audioshield’s online leaderboard, which adds a fun competitive component to the game.

We’ll have more info on soon!