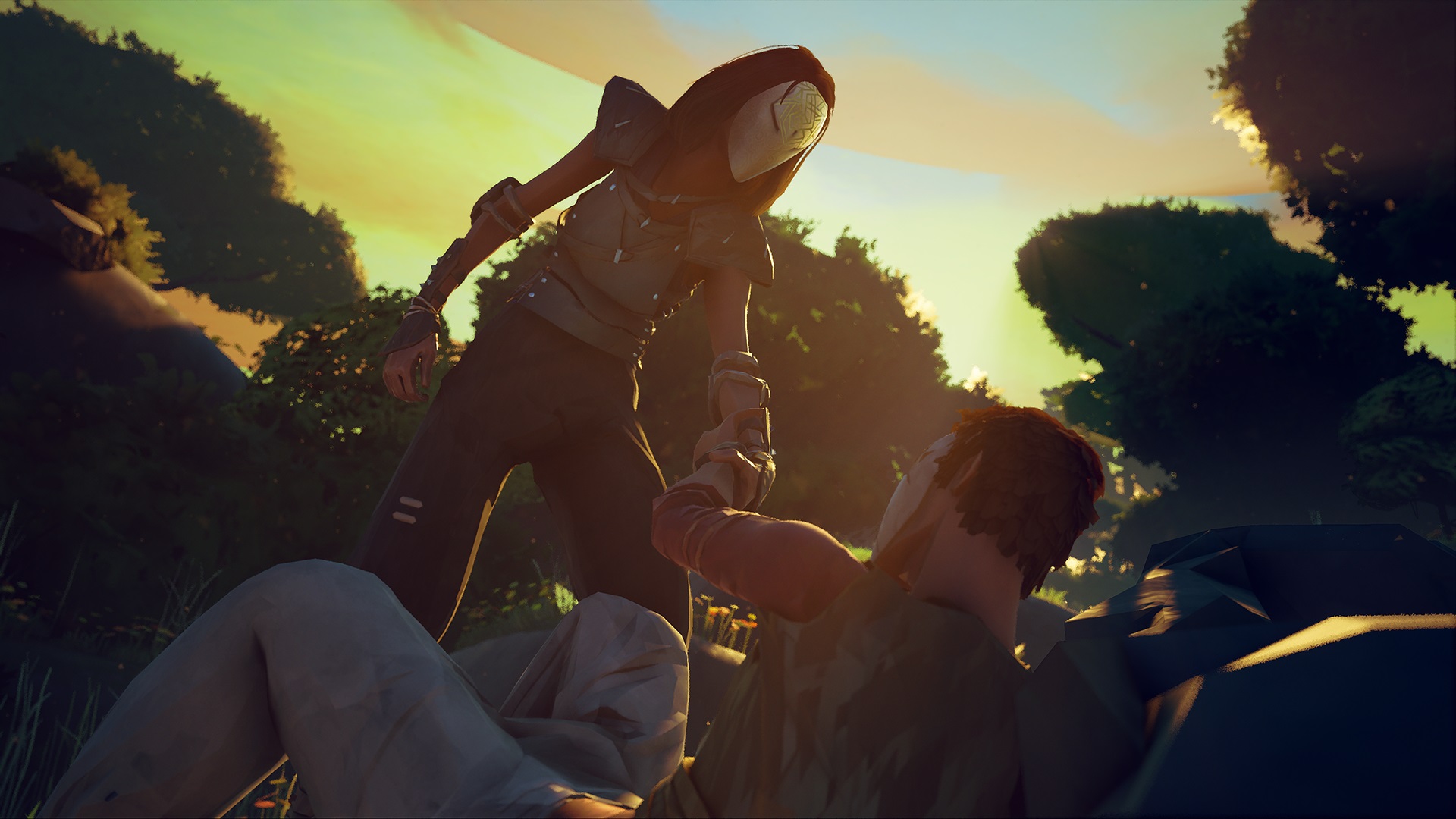 E3 is a wonderful place to find new and exciting indie games to play. With so many impressive indie games to see and experience at this year’s E3, it’s difficult to narrow down the best of the best, but we rose to the challenge. Below are the ten best games from the show, make sure to put them on your must-play list!

In Mare, the player takes control of a Steampunk-inspired mechanical bird as it flies between different ornate perches. Embedded in each perch is an orb that glows when you glance in its direction. Keeping your gaze directed at the orb will cause it to spin and chime, thus prompting your bird to fly towards it. This action confirmation system allows you to change your mind and fly to a different perch. By flying to each perch in a specific order, you guide the little girl you’re protecting to a gate, which she will then unlock, allowing you to progress forward to the next stage.

Mare is unique in that it fully utilizes the technology of the Oculus Rift, and immerses players by allowing them to move around in the game without ever having to touch a keyboard or controller. The mysterious atmosphere lends itself to the game's puzzles, which are challenging without ever being overwhelming. Overall, Mare is easy to lose yourself in, and is a shining example of what a good VR game should be.

Torn Banner, the creators of Chivalry Medieval Warfare, created a new game utilizing the new Unreal 4 Engine. Mirage is reminiscent of Chivalry in its unique voice commands and bloody swordfights. However, Mirage Arcane Warfare adds magic to the fray, upping the player-versus-player chaos. With 12 new playable classes, as well as a new simultaneous objective mode, Mirage is an exciting new prospect for fans of Chivalry and FPS games as a whole.

Have you ever wished you could dive into a gritty 80s cop movie? Well, you can with 11 Bit Studios’ new game, Beat Cop. The game is a time management sim where you play as Jack Kelly, a cop patrolling the streets of Manhattan seeking out those responsible for framing him for murder. During this quest, you’ll be expected to perform your everyday duties as a beat cop, like writing tickets, apprehending robbers, towing illegally parked cars, and keeping the peace. While the game offers the stylistic 80s humor you’d expect, it is also full of difficult decisions. You can accept bribes, do drugs, and essentially play the game however you please.

Gone Home creators, Fullbright Studios, are back at it with their newest game, Tacoma. In it, you play as Amy Ferrier, a scientist tasked with exploring the abandoned lunar space station Tacoma in an attempt to learn what happened to the crew who mysteriously disappeared. Early on, you learn this quest will prove harder than expected, as the station's A.I. ODIN malfunctioned and corrupted some of the data. Not to worry. This isn't a horror game reminiscent of 2001: A Space Odyssey. The game is an intriguing mystery where you access colorful hologram logs of the crew's action and replay and reverse them to gradually unravel the answers.

Abzu by Giant Squid Studios is a gorgeous underwater exploration game. With no dialogue and a beautiful soundtrack, players will control a diver as they explore the mysterious depths of the ocean to uncover secrets. Featuring bright, colorful scenery with fish you can interact and swim with, Abzu is a game that’s easy to lose yourself in. The game's fantastically otherworldly scenery is a perfect example of why Abzu stands apart from other underwater adventure games.

Absolver is a fighting game built around the engaging world of hand-to- hand combat, placing great emphasis on player controls. Vastly different from the average beat-em-up games, Absolver favors precision and fluid combat mechanics. Featuring diverse customization options, and a stripped down feel that places the focus where it should be, on the individual fighters and the in-game combat as you string together moves and attack combos.

Manifold Garden, created by William Chyr, is a challenging puzzle game set in a gorgeous artistic landscape. The original prototype of the game was based on the M.C. Escher print, Relativity, and involves changing gravity and orientation while scaling walls to solve complex puzzles. Essentially, physics is turned on its head as you explore the game’s beautiful artwork and architecture. The game allows you to freely travel in any direction, and several puzzles explore how physics behave in said geometry.

Yooka-Laylee brings players back to the nostalgic golden era of N64 platformers such as Spyro, Ratchet & Clank, and Banjo-Kazooie. The game's story revolves around main characters Yooka and Laylee, a dynamic chameleon/bat duo, as they attempt to stop the aptly named Capital B from stealing the world's books and transforming them into cold, hard cash. With a brightly colored open world full of engaging puzzles to clear and nifty collectibles to grab, Yooka-Laylee is sure to put a smile on your face.

Kingdom Come: Deliverance is a refreshing take on medieval RPGs due to its realism and engaging historical accuracy. Set in 1403 Bohemia, all of the buildings you see in the game are based upon real architecture from the time period. The game includes a high attention to detail in all of the actions you can perform from combat, like sharpening your sword, lock-picking, and alchemy. In addition, gameplay is cognitive and requires players to consider outcomes based on conversation, armor choices, and the approach to completing the quest.

Inspired by cartoons of the 1930s, Cuphead is a brilliantly unique 2D platformer in which the player navigates through the world fighting a variety of unusual bosses in order to repay a debt made with the devil. With co-op options enabling you and a friend to play as Cuphead and Mugman, you will have a large arsenal of weaponry at your disposal that you can mix and match depending on your play style. The game's animation was achieved by simultaneously skipping frames to match the movement style of 30s cartoons (24 frames per second), while at the same time keeping the gameplay at a continuous 60 frames per second.