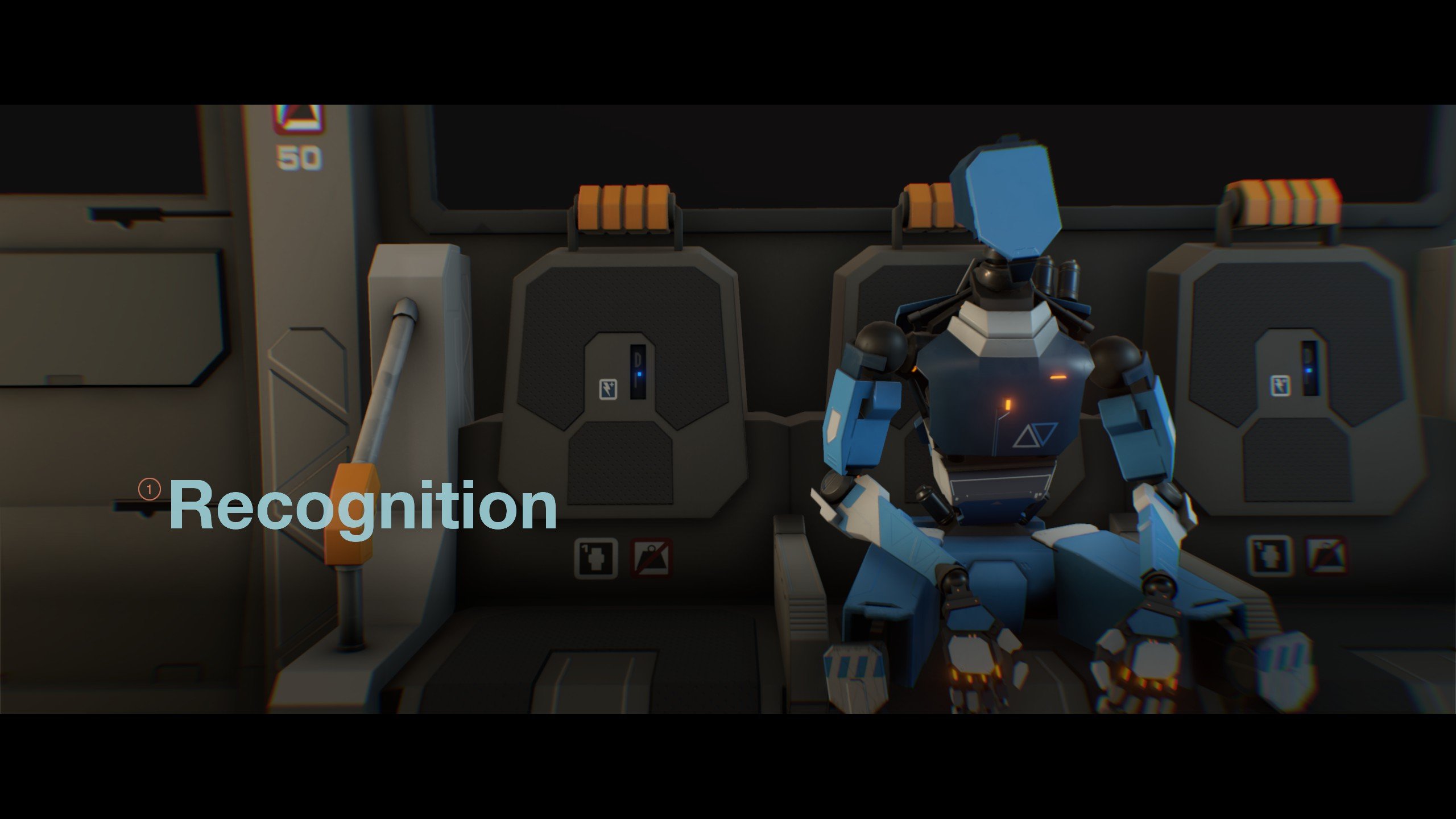 The circular line clattered and screeched to a halt. A yellow Tek stepped through the sliding doors with gams all the way up; these legs didn’t stop halfway. “I’ve got a problem,” and don’t we all, friend. I didn’t ask to be a detective on this line, but something in my circuits just won’t let me quit.

Subsurface Circular might not be written like an old noir detective thriller - it’s much better than that, thank god - but it still hits all the right notes. Mike Bithell, who has also birthed such other greats of the literary video game world as Thomas Was Alone and Volume, puts more excellent words to the digital page in this extravagantly detailed text adventure.

That heritage should mean a lot to fans of smartly written dialogue in a game, but despite its genre there is a lot more to Subsurface than good prose. The short game - with a surprise release in-between projects - pits you as a Tek detective, a robotic lifeform tasked with solving mysteries. You, for some reason, are given a beat of riding the same underground train around a loop which must seriously diminish the amount of questioning you can do.

This setting works as a perfect vector for the game to take place, however, as new subjects come and go with the stops. Your overarching goal is to investigate the disappearance of some of your fellow silicon-based lifeforms in a world that you learn has distinctly unfair divides between human and robot citizens.

It’s impressive for the game to build so much of an image of the world you are escaping into for a couple of hours despite keeping you in a tube carriage for the entire time. As characters come and go, each brings little snippets of life from the surface back with them. A librarian who is relieved to have a respite from constantly being used as a conduit for information (somehow in the far future they still haven’t gotten solid wifi signal into the underground). An ‘elderly’ worker bot providing you with a timeframe for how long Teks have been doing humanity’s menial jobs. A ‘tourist’ bot, researching other cities and able to tell you what human-Tek relations are like in megacities around the world.

All of this flavour information arrives on the coat-tails of your primary information-gathering gambits, completely naturally. Each conversation paints a vivid picture of what the important issues are within the game’s geopolitical landscape while you still probe through the minutiae of a nanny-bot’s daily routine. It’s truly remarkable how much of a feeling you get for this world despite the game’s short length.

Of course, like any great detective game the mystery is where the real meat of the story lies. There are enough loose threads for you to pull on and dead ends to happily wander down for any inquisitive minds to get their fix. Certain topics of conversation will be added to a list of “Focus Points” for you to bring up in any conversation until it is sufficiently investigated. Each chapter, this same - extremely simple - mechanic is used in a different way to create little puzzles to go through with multiple interrogatees.

Some range from simple code deciphering, to logic puzzles to a really bizarre but neat game of playing with a robot’s emotions until it responds differently to your questioning. They’re all welcome distractions from the risk of monotony in simply reading a visual novel of questions and answers. Of course, the writing is so engaging that the risk is minimal, but it’s good to give the brain a little workout every now and then.

If there is any criticism to be had from this, it’s that the outcome of all these engaging conversations always seems very much decided. There are hundreds of dialogue options, and almost certainly thousands of tiny branching narratives to write for, but the story itself never felt at risk of being lost to me. Teks come and go at different stops, but it becomes quite obvious that I’m not going to simply lose my chance to talk to a fellow passenger because they got off before I got round to them. Failure to deduce and ask someone something crucial just leads to a long wait until you run through each Focus Points, with none provoking any passengers into simply not talking to you anymore.

Obviously losing the ability to hear the end of the story would be a pointless exercise in game design, but my choices and actions making a bigger impact than a single sentence summary in the game’s finale would be a nice cherry on the top. That being said, the sundae beneath is plenty satisfying already. It would have been all too simple to crank out a Twine-based text scroller, but the game’s aesthetic fully sells it.

Teks are presented in a way that each has their own personality, little quirks of animation and character design that make them stick in your mind. Though they almost all have names of forgettable greek letters and numbers, their professions and manner of speech set them all apart. Combined with the pleasing UI the environment work is engrossing too. One half of the duo behind Thou Shalt Always Kill, Dan le Sac, also provided a smattering of music work which seeps into the train carriage through the headphones of unresponsive bots, just part of the commuter background.

The extra work lavished upon this game is definitely noted and appreciated, but its core is still extremely well produced. If you’ve got a few spare bucks and a couple of hours to kill this weekend, come on down to the underground. We’ve got a mystery waiting for you.