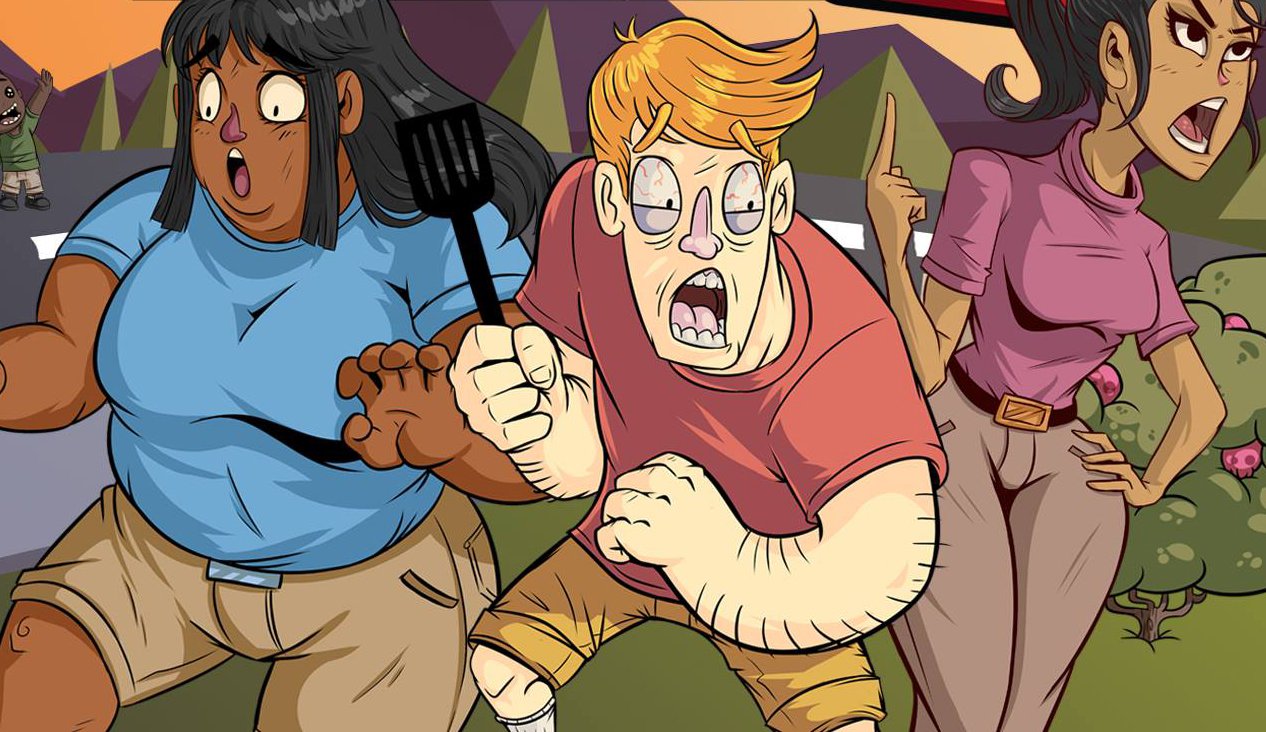 I don’t have kids, but I imagine that Think of the Children perfectly encapsulates what that experience would be like. From the moment I begin corralling the little terrors in the park, to buying the final item at the supermarket, I’m stressing over what the kids are doing, why is little Deshawn drinking bleach, why does Cindy keep playing with the seagulls, and “For fuck’s sake, Brad, stop talking to the Child Protection agent!” Today was a long day – where’s my glass of wine?

Currently being developed by Jammed Up Studios, a small team in Brisbane, Australia, Think of the Children is a high score-chasing, arcade game where the goal is to take care of six unruly children across many different locations. Part of the challenge is keeping the children alive while tending to other tasks, such as setting up picnic tables, collecting items around a shop, or applying sunscreen to grandpa.

Over the course of the open beta, I experienced all the challenges of having to take care of another human life, without all the commitment that goes with it. While the Story mode was locked, the Party Mode was available, and out of the fourteen levels, three were unlocked for the beta: the park, the beach, and a grocery store.

Each level has its own risks and tasks. When playing at the park, the children love nothing more than to run out into the road, drown in the pool, suffocate in the sandpit, or get dragged away by a fox. At the beach, seagulls will pull the flesh off your children, sharks will attack, boats will speed over them, and coconuts will knock them on the head. While at the grocery store, a new mechanic is introduced called “Embarrassment” (which I can only assume hits too close to home for some parents). Not only will the children climb into the freezer and freeze to death or guzzle bleach at the supermarket, they will also eat fruit and pester the employee with the free food samples, increasing your embarrassment.

Completing the tasks is easier said than done, as they too require constant monitoring. The barbecue will catch on fire and grandpa will start to burn as he sunbathes. Thankfully, you have a few tools at your disposal to make this job easier for you.

The piñata, though a task that needs to be completed if you want that elusive A+ ranking, also draws the attention of all the children, giving you a few precious seconds to do your other activities. The similarities to real life, I imagine, are all too striking. Parents taking the few fleeting moments they have, when their children are distracted by some activity, to get shit done.

Then there’s the shout command, it will scare the children away from whatever death-tempting thing they’re doing, but it will also reduce your score – so it’s a toss-up as to whether you want to use it or not. If you do want the highest grade possible, you will never use it, so unfortunately it’s a mechanic that could fall by the wayside.

I could barely score above a D grade when playing solo, so I plugged in a second controller and brought my partner in to play, and this is where Think of the Children really shines. It’s fun playing solo, but the entire game feels as if it’s a throwback to the golden days of couch coop. Immediately the difficulty decreased, as there were now two adults taking care of six children. I can only imagine that with four players, the difficulty will drop even further, so some balancing and tweaking will be needed to ensure that Think of the Children maintains a certain level of challenge.

With my partner and me at the helm, we divided the tasks between the two of us. I spent most of the time wrangling the children, while she attended to the other tasks, such as building sandcastles and setting up beach towels and umbrellas. Through our combined effort, we hit the A grade on each of the three levels after a few retries.

The main element in Think of the Children that will keep you playing is the high score, which is increased by hitting all the tasks, keeping the children alive, and keeping your embarrassment levels down. Then, to a lesser extent, there are the numerous collectibles, such as hats and costumes, which are end-of-level rewards. However, outside of these, Think of the Children could benefit from a few more gamemodes, such as an Endless mode where players must keep the children alive for as long as possible or even a child-grabbing versus mode.

Think of the Children is in a really good place right now, and though there are a few technical hiccups with the character creation, the actual gameplay is smooth and easy to understand. The charming 8-bit graphics also help the game from becoming too macabre, especially when you consider that its children being electrocuted by jellyfish or being crushed by shelves.

It will be interesting to see how Jammed Up Studios balances the difficulty and how they will entice gamers to keep on coming back after they’ve aced all the levels. But one thing’s for sure, Think of the Children is shaping up to offer an absolute hilarious time for gamers, for both those with and without children.