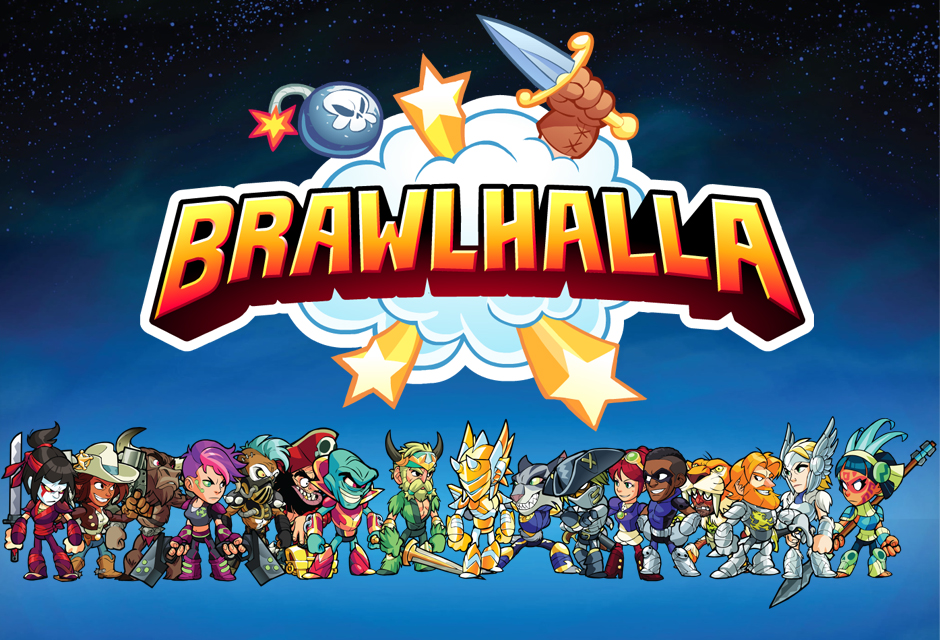 For gamers who can’t get enough of Nintendo’s Super Smash Bros. series, they’re in luck! While other games tried to mimic the mechanics found in Super Smash Bros., none managed to hit close enough to the mark, especially on PC. Brawlhalla, developed by Blue Mammoth Games, managed to carve a niche on Steam as one of the best free-to-play games. Essentially, Brawlhalla is nearly identical in play style to Super Smash Bros., with enough variations to make it an enjoyable entity of its own.

You have over a dozen selectable characters to choose from in Brawlhalla, each with their own stats (although many are close enough to be interchangeable). Once you select your character, you battle it out Super Smash Bros. style against either AI enemies, online opponents, or a few friends. The friends part can be tricky, as you’ll need USB controllers on hand, in addition to a monitor big enough for your friends, or an HDMI hookup to your TV. Nevertheless, it’s still a nice option to have.

As you play, you will see the portraits of both your character and your rival in the upper-right corner. These portraits serve as sort of a HUD, indicating how many points or stock remain depending on the match rules, as well as a colored circle that starts out white and turns from yellow to red. Red indicates that your health is low, and you’re likely to be knocked out with a few more swift hits from your enemy, similar to the percentage system in Super Smash Bros. There are multiple stages you can play on, although none are as varied and dynamic as Smash Bros. Furthermore, some are incredibly tricky to play in a four-person brawl.

There are also items you can pick up, including bombs, spiked balls, and mines. Unfortunately, the number of items is small and they tend to be ignored during combat. Each character has two weapons they use which are randomized. Every time you pick up the glowing sword on a map, you will equip one of those two weapon options. What’s nice is the strategy involved with this, where you can toss a weapon at your opponent and either pick it up, or grab another sword for the chance at a different weapon. This can be especially fun when you work to prevent your opponent from equipping a new weapon after they lose theirs.

Online play runs smoothly, although the matchmaking system has a tendency to pair you with someone who undoubtedly spent far too many in-game hours perfecting their skills. The game offers a Training Mode, so you can get used to the game’s mechanics, various characters, stages, and weaponry before diving into the online arena. Despite some of the minor flaws, it’s hard to deny the appeal of a solid free-to-play Steam game, especially one so close in style to the ever-popular Super Smash Bros. Dive in!

Get Brawlhalla for FREE on Steam!