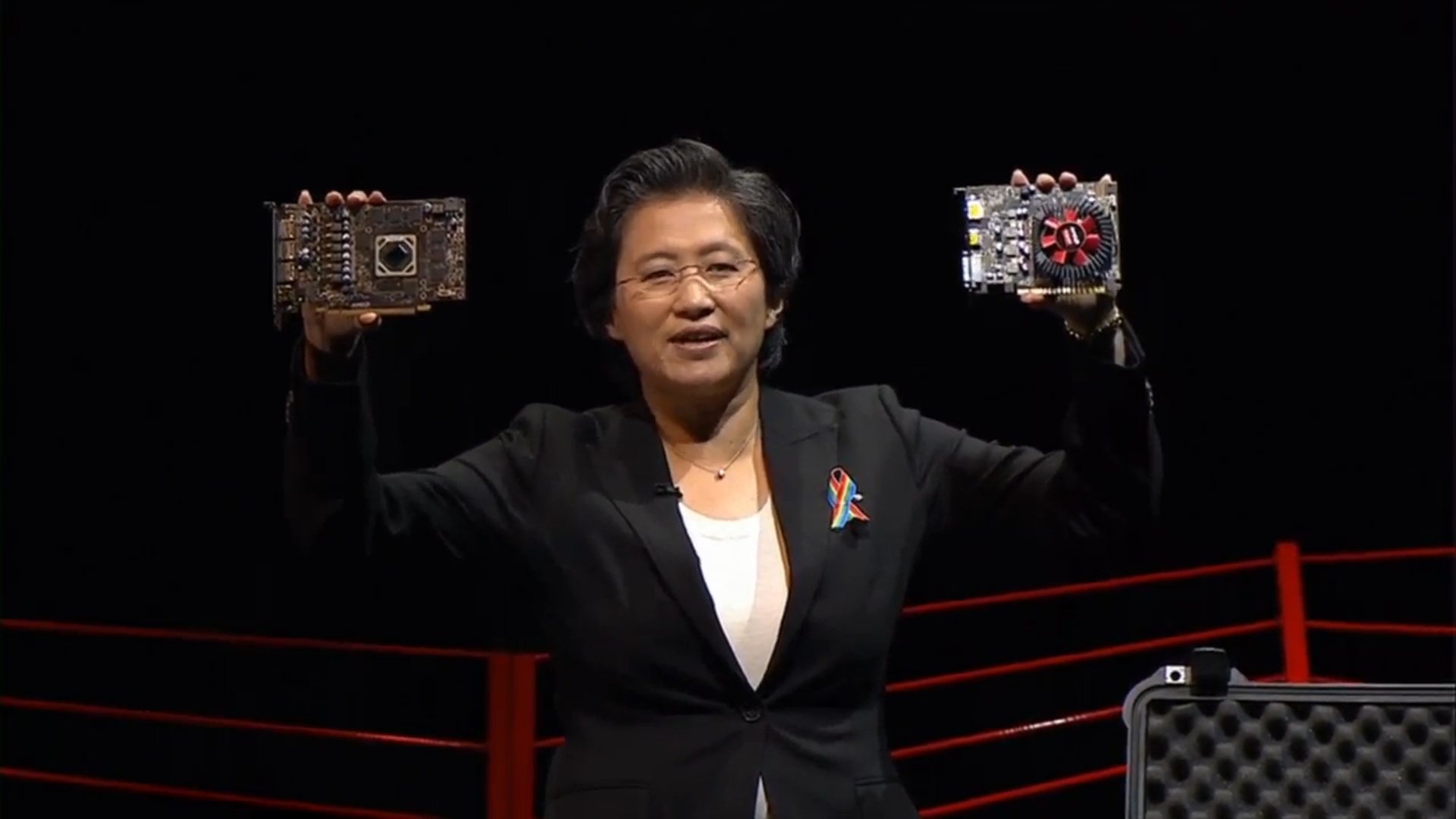 The 2016 PC Game Show featured the introduction of several new PC titles including Torn Banner’s upcoming game Mirage, and Klei’s title Oxygen Not Included. However, one particular segment of the show that caught the attention of gamers was AMD. CEO Lisa Su took to the PC Game Show stage to talk about AMD’s new Polaris GPUs. It bears mentioning that Polaris has been in the works for quite some time, with AMD looking to target the $100 - $300 GPU market.

To demonstrate what Polaris can do, PC Game Show attendees were treated to a brief video segment demonstrating DOOM running on Polaris using the Vulcan API. Polaris definitely nailed it, with frame rates staying at a steady 60-90fps. After the video presentation, Lisa Su brought out AMD’s latest graphics cards in a sleek-looking briefcase notably the RX 480, RX 470, and the RX 460. In terms of the RX 480, this particular card is being introduced to the market with the intention of targeting premium VR, and will certainly shake things up by offering an extremely competitive price point of $200.

Speaking of VR, AMD also showed off an Alienware VR backpack utilizing the new RX 480 and the HTC . The goal of this new design is to free VR users from the annoying wires associated with VR hardware, thus offering VR experience. While the idea is certainly interesting, we can’t help but wonder what will happen when people tune in and start using this thing in their backyards. We’re guessing there will be a lot more stubbed toes!

Lastly, Lisa Su touched on AMD’s current development on CPUs, specifically Zen. Zen will be implemented in high-quality desktops, and will utilize AMD’s Summit Ridge Platform (AM4). It’s nice to see AMD re-entering the CPU market, with Zen slated to release sometime between the end of this year to early 2017. Su didn’t discuss specifics regarding Zen, AMD stated that the AM4 will offer models with eight CPU cores and 16 threads.

Be sure to check out Lisa Su's presentation at E3 2016's PC Game Show below!