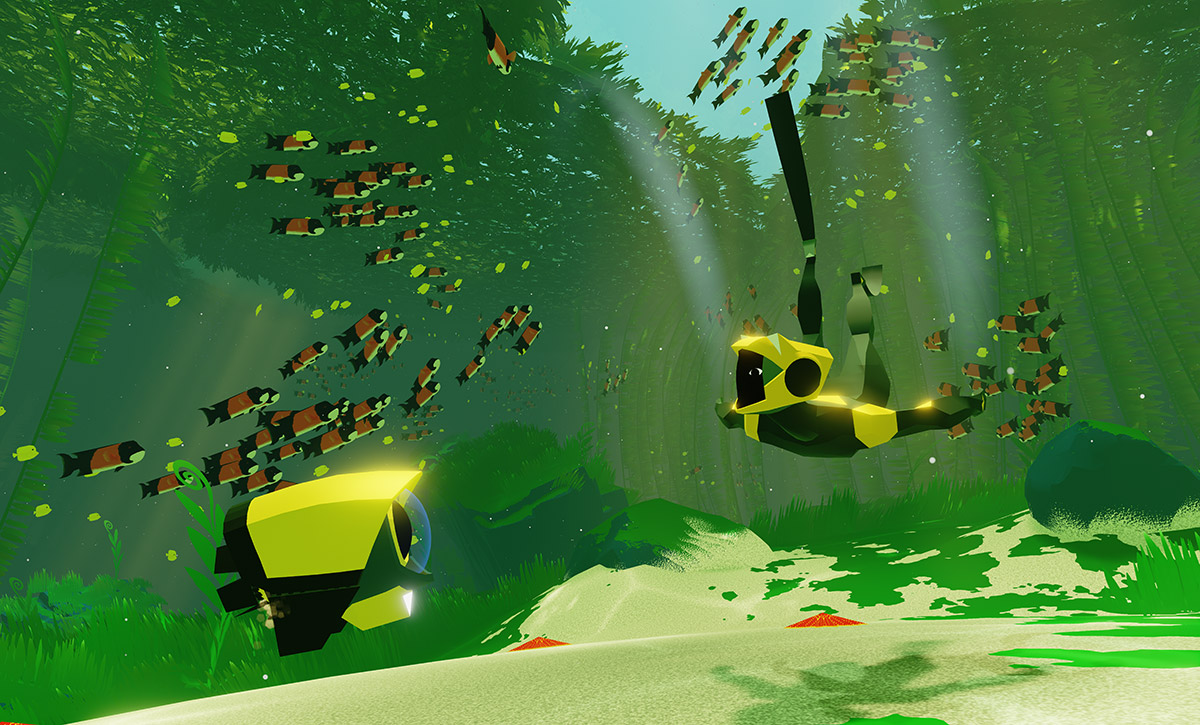 Abzu is a gorgeous game that allows you to explore vast and mysterious underwater locations. The game focuses on a lone female as she explores the ocean. The main protagonist comes with fluid movements, like rolling, looping, and even grabbing onto the backs of fish. Unlike games with cutscenes or the requirement to for air, Abzu’s diver can remain underwater indefinitely.

There are hundreds of different species of fish in the game, and all of them follow procedural behavior. As you journey through the game, you soon learn that the is on a quest, which is revealed in the form of an underwater drone that is able to ping out sonar waves to highlight progression and story clues. Finding this drone requires the completion of basic puzzles that in turn open up new areas to investigate.

Overall, Abzu feels peaceful and serene, but there’s still a bit a danger. The player will eventually encounter an ominous great white shark with a penchant for destroying drones. In addition, the very question of what awaits in these underwater regions adds a degree of mystery, as you uncover various ruins and secrets. The use of color in the game is mind-blowing.

There’s one section of the game in particular where the dark ocean depths become otherworldly, and it almost seems as though you’re swimming through the stars. While it may not be the only underwater indie game, it certainly is one of the most beautiful. Be sure to check out our interview with Matt Nava at E3 2016 to learn more about this incredible game! Abzu will be released on August 2nd, 2016.