Far Cry 5 guide: How to find and open safes 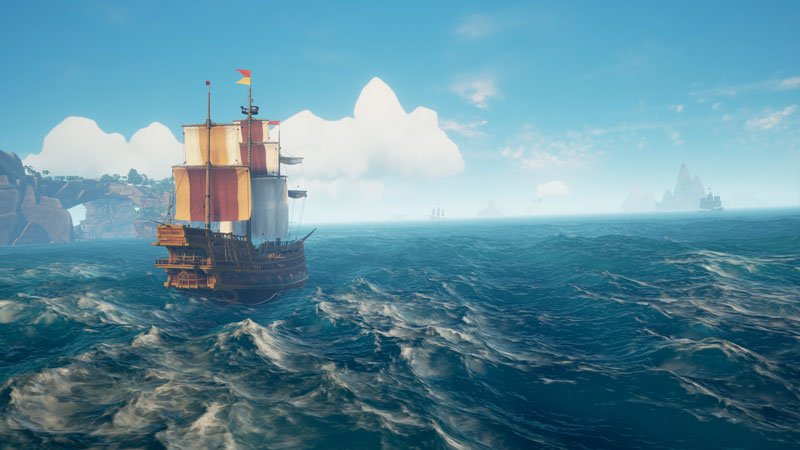 Sea of Thieves has its first Legendary Pirate

How to find and access every Jacob's Region Prepper Stash in Far Cry 5.

Sea of Thieves has only been on sail (sorry) for about a week, but it already has its first legendary player. Twitch streamer Prod1gyX has been playing the game non-stop, and has finally reached rank 50 with all of the game's factions, earning the title of Legendary Pirate in the process.

For his efforts he got a new outfit, title and sea shanty. Be warned: what happens next is a spoiler for those hoping to experience the end game content as a surprise.

Once at Legendary status, Prod1gyX met a mysterious stranger in a tavern. This stranger handed him a riddle, the solution to which was to play his new shanty exactly where he was standing. This opened up a hidden passage, which leads to the cave where only the best pirates - including ghostly merchants - get to hang out.

There are also more quests to complete at this level, courtesy of the Pirate Lord, although they seem to be longer multi-part variations on the very same tasks players have already been grinding through, which has left some fans unimpressed.

There has also been controversy over the methods Prod1gyX used to attain his legendary title, as he got other players to donate gold to him in exchange for joining their crew, that he could then use to speed his ascent up the different guild ranks. Some have started petitioning Rare to revoke his achievement, claiming he didn't do enough of the legwork himself.

Pirates, eh? What can you do?