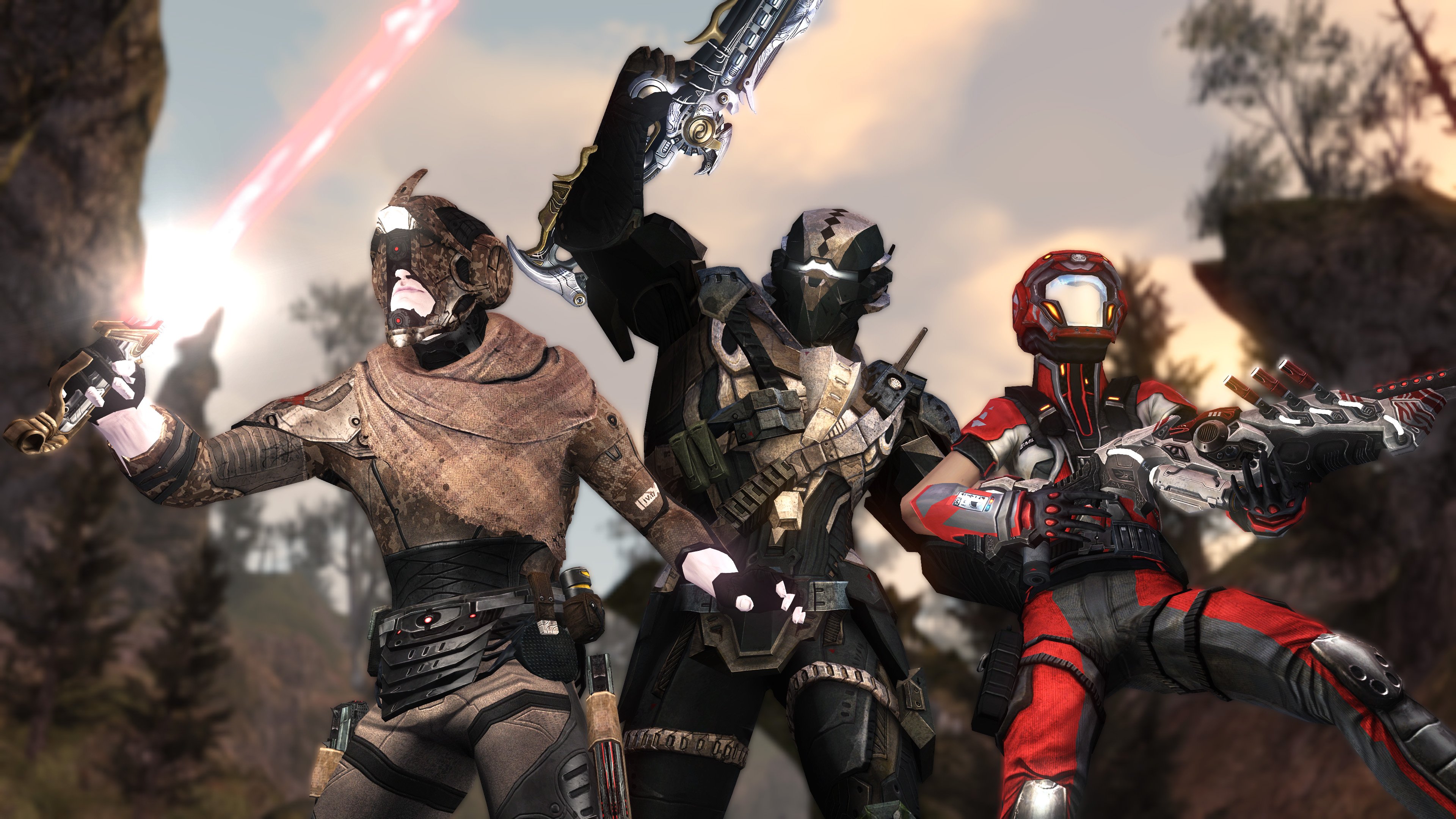 Anything seemed possible with PlayStation 3 and Xbox 360 – an era when there appeared to be no stopping that AAA train. The Syfy channel’s 2013 multimedia project Defiance was a prime example of sky’s-the-limit when it came to ambitious programming and ‘next generation’ videogame entertainment. A TV Show that intertwined with an MMORPG that beat Destiny to the punch, enthusiastically embracing social media and forums to discuss weekly events.

The show counted Julie Benz (Buffy the Vampire Slayer, Hawaii Five-0), Stephanie Leonidas (American Gothic, Snatch) and Graham Greene (Dances With Wolves, The Twilight Saga: New Moon) among its Comic-Con friendly cast. The game was developed by Trion Worlds, whose MMO prowess was beyond dispute at the time, having built and self-published Rift. Comparisons to Blizzard were drawn, and deserved.

Three seasons later, in 2015, the TV show came to an end. The game had been usurped by Bungie’s shared-world shooter on PS3 and Xbox 360 in 2014 and there wasn’t enough interest to bring it to PS4 and Xbox One. Reviews had been great (“Defiance is goddamned fun. It streamlines and refines the blast-and-loot ideals of Borderlands and Diablo into a slick package.” – Polygon, and "A game with a scrappy attitude and a tight handle on what a massively multiplayer world needs to keep you coming back.” – Gamespot) but fans began citing an unfair ‘pay-to-win’ structure and failing customer support as reasons to quit the habit.

Defiance 2050 is launching as a free-to-play download this year, unhindered by needs to tie in with a cable TV show, returning to what Trion Worlds did best seven years ago in Rift.

The rallying cry is succinct: “Join your friends and become an Ark Hunter in a massive cooperative online shooter like no other. Choose from an array of fully customizable weapons and classes, explore a unique futuristic open world, and engage in epic fast-paced third-person shooter combat.” Could this be a salve to soothe Destiny drop-outs’ wounds?

Judging from the official announcements, important lessons have been learned that ought to stand the follow-up in good stead. The primary cause for disgruntlement – a game that originally launched at full-price, switching to problematic F2P – is straightaway addressed, with the promise of cosmetic-only, optional purchases, ensuring a level playing field.

To be fair, Trion Worlds never stopped paying attention to what was happening in ‘vanilla’ Defiance. The servers have kept running, and there are hundreds of regular players still making the best of the experimental offering. To acknowledge their efforts, Trion Worlds is allowing players to transfer some data from the older title to benefit progress in the new. Entire character and item transfers are not possible, but character slots and loadouts are.

Indeed, new players are being encouraged to dip a toe in the Defiance universe, being rewarded in-game currency ‘Valor Commendations’ for completing certain achievements in the original ahead of Defiance 2050 launch in summer. The Commendations will be carried over to the new servers, and used to unlock exclusive in-game items as recognition.

Don’t call it a comeback

Trion Worlds is doing all it can to transition players from the 2013 game to this colossal Fifth Anniversary event. In truth, it appears that Defiance 2050 is practically a whole new game, albeit bringing all its favourite belongings. In order to have the game engine perform on Xbox One and PlayStation 4, it needed to be entirely rebuilt. There are revised shooting mechanics in place, entirely new progression and itemisation systems. Although it seems unkind to say, old Defiance was a proof of concept that may finally have reached fruition.

By accident or design, Defiance 2050 is well placed to capitalise on the decline of Destiny, and delayed Anthem from EA. There could be millions of players to whom the game is very well suited, the promise of being an Ark Hunter, engaging in boss battles that require team co-operation, and the sharing of stories relating to world exploration. Before Destiny, we kind of viewed Defiance as the closest we had to a Halo MMO, and Trion Worlds deserves the credit for realising this ideal many years ago, arguably a little too far ahead of its time.

“Live together, die together”

Conveniently for Trion Worlds, costs for server space and development tools have tumbled over the past few years. Systems that support persistent online worlds have greatly evolved and are better supported. We don’t want to tempt fate here, but at the very least, the days of turning up for an Arkfall only to get kicked from the server should be long gone in 2018.

Better yet in terms of recognition and understanding, Activision and Bungie have more or less paved the way for Defiance 2050’s arrival, with audiences now well-versed in online expeditions leading to loot hauls. It’s less likely that Warframe die-hards will abandon their Tenno warriors to indulge Trion Worlds’ resurgent experience, but the Destiny unfaithful will surely be eyeing this alternate dynamic, post-apocalyptic sci-fi world reimagined.

To a lesser, but recognisable extent, the popularity of Monster Hunter Worlds has also clued in players to the joys of identifying as bad-ass, destroyer of beasts online. Hellbug and other Dynamic Events in Defiance were always impressive, even if the chat system was rotten, and Arkfall participation described by one Steam reviewer as “bizarre mute free-for-all involving a lot of shooting, exploding, and eventually scattering to the wind.”

Really, Defiance 2050 is Trion Worlds’ chance to prove that it heard the ailing community’s cries for help, and is responding as creatively and generously as possible. In his Producer’s Letter from February, Matt “Destromathe” Pettit expressed his gratitude to the players of the past, promising that the way forward would be to listen to their voices, while also being attentive to newcomers’ needs. If there’s one thing that the guys at Trion Worlds needs to be prepared for, it’s that gamers got monstrously good at Social Media slighting since 2013.