Much like its predecessor, Far Cry 5 has a secret ending you can earn in the first few minutes. 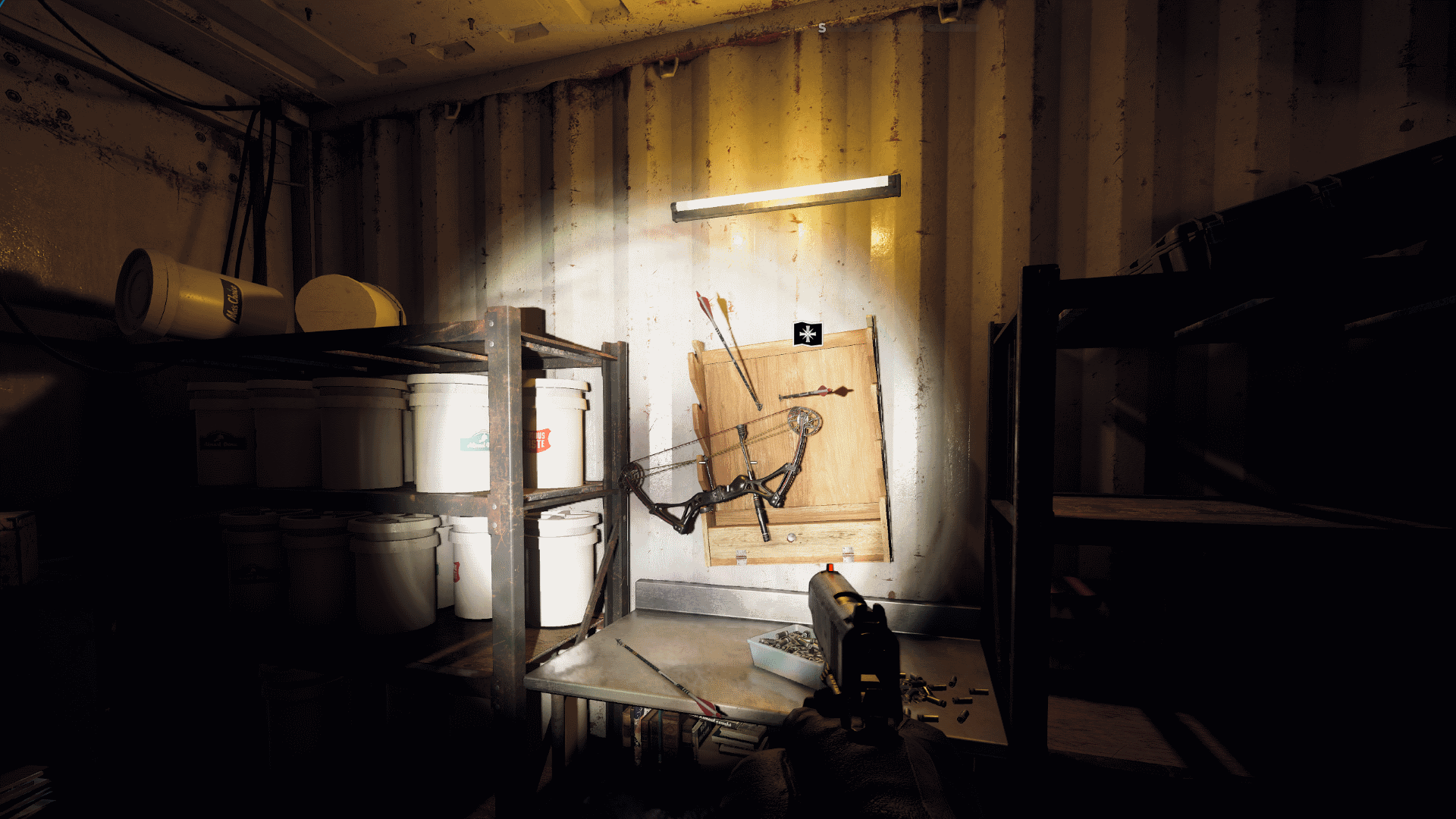 Exploring the gaming roots of Jumanji with director Jake Kasdan

The director behind Sony Pictures' reboot of Jumanji talks about video games' inspiration.

Far Cry 5 is brimming with collectibles and hidden spots to find, but few are as satisfying as the Prepper Stashes you’ll find strewn across Hope County. Each provides you with a choice bit of loot, but there’s also a tangible sense of satisfaction each time you uncover one. There are a huge number out in the world, but we’ll help you track down and break into every Prepper Stash for Dutch’s Island, John’s Region, Faith’s Region and Jacob's Region. In this guide we’re covering Dutch’s Island and John’s Region, so let's get to it.

There’s only one Prepper Stash on Dutch’s Island and it should be the first you’ll enter in Far Cry 5. You can find it at the Silver Lake Boathouse. Check the shed just inland from the boathouse and you’ll find a note by the door to activate the quest. From there, head to the boathouse and jump in the water. Swim round the back and inside before activating the dodgy looking electrical switch on the wall. Grab the Boathouse Key and unlock the door you’re next to. Head back to the shed and turn the wheel to the left to pump out all the water. You can then use the hatch to gain access. Inside you’ll need to break some wooden barricades to reach the backroom where all the goodies can be found. There’s some cash lying around but the most important item to get here is the first Compound Bow you’ll find.

Hidden under the Bridge of Tears, you’ll need the grapple hook to reach this stash in the intended manner, but it’s also possible to fly a helicopter into the stash directly. It might be a bumpy landing, but it’s entirely possible to pilot in early and grab the goods before flying back out. The devs might not have intended us to do it this way, but hey, that’s what open-world games are all about.

You’ll find this stash at the Lincoln Lookout Tower. Once there, ride the zipline all the way to the end. Don’t be tempted to jump off as you’ll want to ride it until you land in a tree. From there, jump to the next tree along and walk across the downed log to the following tree. Jump across to one last tree and you’ll find a final zipline that takes you directly to the High Tension Prepper Stash.

Found at Dodd’s Dumps in John’s Region, the Dumpster Diving Prepper Stash can be a bit of a pain to access. The first thing you’ll want to do is leave any NPC companions outside — they’re far too stupid to avoid dunking themselves in electrified water. Enter the building from the back and you’ll see the Prepper Stash door which you can’t yet access. Head to the front of the building from the inside and turn on the power. This will electrify the water, so you’ll have to climb back to the prepper stash. You’ll find the reward inside, and thanks to you leaving them outside, your squad will still be alive, hooray!

This is one of the tougher stashes in the game, and you’ll find it at the Doverspike Compound. Snag the Doverspike Key from the bedroom and use it to open the shed. Pop open the hatch to the bunker and head inside. You need to head all the way to the back to turn on the power, and this will mean setting yourself up for some hefty damage on the way out. Fortunately, the stash is filled with cash, guns, and three perk magazines, making it more than worth the trouble.

You should take Grace Armstrong as your companion for the Foxhole Prepper Stash. It’s stored in her house, so having her along for the ride will mean you get some unique dialogue to listen to that other NPCs can’t provide. Enter the house through the open window progress along the only route available. Oh, and try not to get burned along the way. After you make your way through the small maze, you should reach the Prepper Stash. This one contains cash, three perk magazines, a safe, guns, and an answering machine collectible. Nifty.

Once you’re inside the Hope County Jail Bus, read the note then head to the river and into the pipe. Keep an eye out for aggressive wildlife as you travel to the end of the pipe, then use your Lockpick perk to open the final door. You’ll find cash and three perk magazines. It’s not the best stash, but offers a decent haul for a simple drainpipe if you ask us.

Start this Prepper Stash quest at the Laurel Residence by reading the note there. Head out to the shed and bunker, open the hatch and jump in. Inside you’ll need to swim to the table at the end and pick up Laurel’s Key Card. Head back the way you came and use your new key card to open the shed. Hit the switch to start pumping the water from the bunker. With the water drained you can head back to the bunker, bash through some wooden planks and access the Prepper Stash. Inside you’ll find a safe, three perk magazines, and some cash.

Read the note at the Deep North Irrigation Reservoir then head to the other side of the river from the stash. Here you can use a scoped rifle to shoot the lock through the window. Swim across the river again to the Prepper Stash and you’ll now be able to head inside. This cache of goodies includes three perk magazines and some cash, and maybe a weapon if you’re lucky. It’s worth noting that there are a lot of cultists roaming this area, but it shouldn’t be too hard to take them down or sneak past.

This stash might seem imposing, but it’s a lot easier than it looks. Scale the nearby tower and ride your zipline down into the fenced-in area. Simply shoot the lock off the door and then head out and climb into the truck. Back the vehicle up into the yard and you’ll attach it to the trailer. Drive this out of the yard and you’ll uncover the entrance it was covering. Enter the bunker and climb the ladder on the other side. Your efforts will be rewarded with three perk magazines, cash, and a truck that you can use to drive out of there.

Fire in the Hole Prepper Stash

To start this quest you’ll need to read the note on a rock outside the Wellington Residence. Head inside the building and climb down the ladder. The area is thick with bliss and you’ll have to take out several angels to progress. Remember to finish them with headshots and use explosives to clear your way forward. After a while you’ll enter a room with a couple of bodies in it, and it’s here you’ll find the goods. Grab the cash, three perk magazines, and read the letter for some additional lore.

Just outside the Grain Elevator you’ll find the note required to being the Vespiary Prepper Stash quest. Look directly up from the note and you’ll spot an open window that leads to the stash. It’s not the intended route, but if you can find a way up there then it bypasses the troubles you face when trying to enter via the intended route. If you can’t, head into the window on the second floor instead, then work your way through the building. You’ll have to watch out for bees, but other than that it shouldn’t be too tough to reach the cash, three perk magazines, and other goodies stored here.