The need for speed... 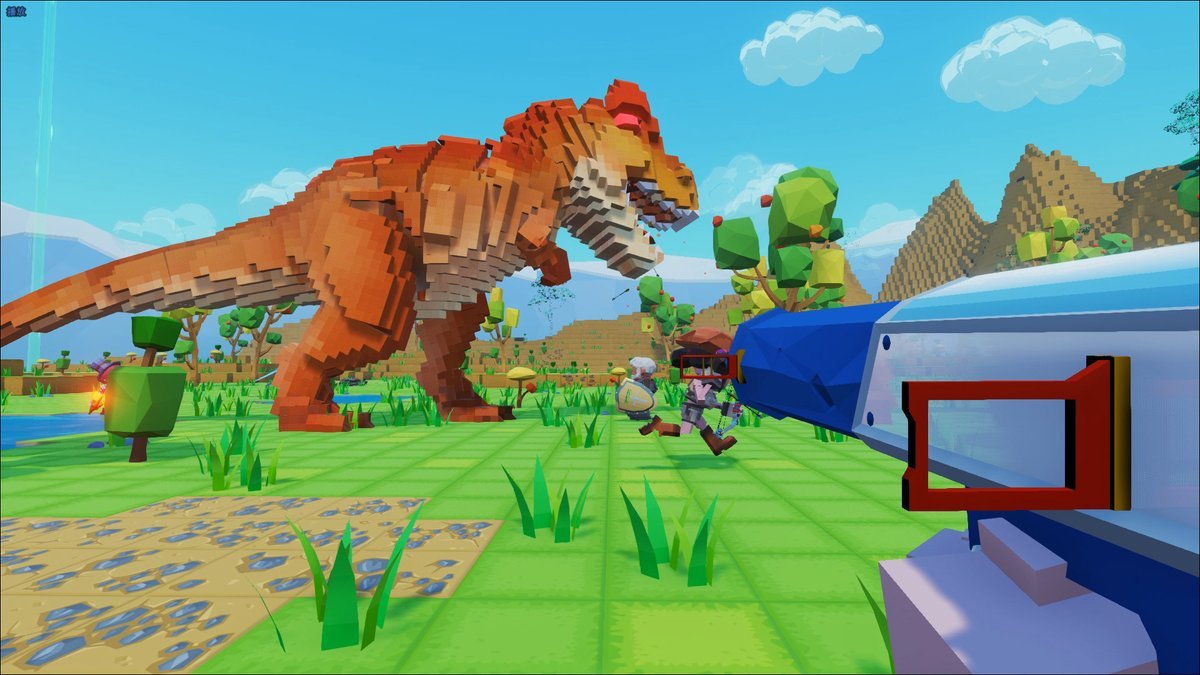 Much like its predecessor, Far Cry 5 has a secret ending you can earn in the first few minutes.

Developer Snail Games has launched PixARK, a Minecraft-styled spin-off to its dino-wrangling sandbox, ARK: Survival Evolved. The game is available now in Early Access for both PC and Xbox One.

Designed to be a more accessible riff on the original game's more brutal and serious action, it's a clear attempt to jump on that sweet, sweet Minecraft and Roblox bandwagon that The Kids love so much.

You'll be able to hunt or tame 100 different dinosaurs and creatures, gather resources and craft useful stuff. There will also be character creation, and RPG style skill trees to fill out through leveling up. Quests will be procedurally generated, so you'll never run out of things to do, and the same is true of maps, which will draw from eight biomes including jungle, desert and caves.

At the moment, only the PC version available on Steam has multiplayer, which allows you to team up with others and create your own tribe. That feature will come to the Xbox One version in a few weeks, and once the game leaves Early Access later this year it will also be released on PS4 and Switch.